Owls are the nocturnal birds who are active at night and sleep during the daytime. They hunt during nighttime. These birds can be aggressive sometimes if someone tries to touch their babies or if they feel threatened but there is this question in many profits: are they dangerous and harmful to anyone?

So the question is Are owls dangerous?

The answer might be simple, that is YES. But it is not essential that owls might attack people like that if they are aggressive they can hurt anyone so it’s better to be careful whenever you see owls. The most dangerous species of an owl that are known to attack anyone are the following: 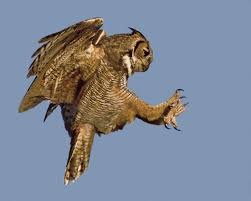 Those species of owl are known to attack both on the ground and in the sky. These birds are known for their predatory and hunting nature and this is why they are also known as the tiger of the sky. They generally attack the faces and heads of a person with their razor-sharp talons. They use their strong talons to catch prey or things and are capable of piercing human or animal organs. They have a great speed in hunting and they don’t let their prey defend themselves. These species are serious about their territories and can fight with other owls for the territory and would end up killing them. The attacks from these species of owls are rare but still, there is some news in the United States about great-horned owls attacking and killing people. 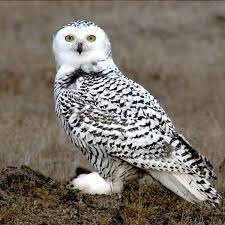 The snowy owl is 18 inches long with a 4 feet wingspan. They are territorial birds living in an area. If someone touches their nest then this might be a big problem for them as these owls might attack people with their sharp talons. They become aggressive and later become dangerous for humans and some other animals. Male owls might attack more than female owls as well as the male ones will be very aggressive if they feel a threat to their nest. There is a mother owl who can be aggressive and might attack your heads and faces while protecting their nest and young ones. These species of owls remain active throughout the day and night. They generally don’t attack any humans but if they find any threat, they can act very fiercely. This is also known as the world’s greatest avian predator. 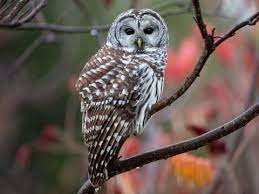 Barred owls are generally found in the eastern United States and some regions of northwestern parts of the United States. These birds are also aggressive and are often referred to as striped owls, they usually reside in those woodlands and forests where they can hunt their prey easily such as small birds, amphibians, and occasionally some reptiles. These birds usually don’t attack humans unless they are very aggressive or furious and if they feel any threat, then they can be very dangerous as their main area of attack is hands, heads, and face where they can leave wounds and even kill the person.

How can you say if the owl is dangerous?

Owls are dangerous birds and you can identify this by looking at their behavior and appearance. It is very rare for the majority of owls to attack people unless they find any danger from the people or if they are furious or aggressive against the people. So if you even come across the owls, especially while hiking or in woodland, be careful and safe. If you try to go near an owl or its nest, then it might bring trouble for you.

Are owls dangerous to other pet animals? 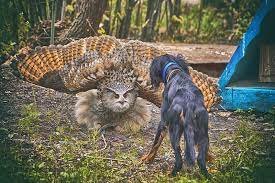 Well, owls can be dangerous for every pet animal, especially dogs and cats. As owls generally hunt small animals, it is very easy for them to attack your pets. They look for open areas in woodland to hunt their prey and if they find dogs and animals then they can even attack one.

So, whenever you hear the hooting sound of an owl, it is better to get you and your pets inside your home. Although they don’t attack anyone without a reason, if you feel that they are furious or aggressive by looking at their appearance and nature then it is advisable to be careful. The hooting sound of an owl especially is a warning that they are feeling a threat against a person. These creatures always warn before the attack so never ignore this call from them.

Also, know What sound does an owl make?

So, it is known now that owls can be dangerous but it is very rare for them to attack someone unless they feel a threat to their territory or young ones. If they feel like they are in some kind of danger then they can be very furious and may attack people or animals and even kill them by wounding them on the head and face with their sharp talons. It might be a deadly strike from an owl. However not all species of owls are dangerous, but they are some majority with high-profile attacks that can be a danger.

What do owls feed on?

Some species of owls are large enough to attack small animals but they will surely attack dogs and animals if they are left without shelter outside. However, it is very rare for owls to attack them. There are more species on which these owls prey.

Why do people fear Owls?

People fear owls, especially at night and a common view of the shadow of this nocturnal bird can scare off a human as these birds look very scary and dangerous at night in the light of a torch or any other light sources. These birds symbolize paranormal wisdom, intuition, supernatural power, independent thinking, and observant listening. This thing has come across a long period from ancient history where these mysterious creatures were referred to as a symbol of death and destruction. There are several myths and beliefs regarding this nocturnal bird. But it is also seen that these birds might be harmful sometimes and can attack if they feel any danger.