Hamsters, unlike most humans, are nocturnal creatures, which means that they perform most of their daily activities at night. Hamsters are nocturnal creatures that spend the majority of their time sleeping and eating at night. They get a boost of energy and motivation when it’s dark. Hamsters, as a result, require dim lighting at night. Just as in the wild, their bodies need total darkness to tell them that it’s time to get up and go. You can meet your hamster’s natural nocturnal needs by spending time with him when he’s awake and ensuring that his cage and food are always available when the sun goes down at night. 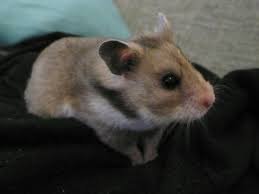 What can hamsters see?

When a hamster is born, his or her visual system is severely underdeveloped. They are considered photophobic and blind at birth. As a result, their eyes become physically sensitive to light, resulting in physical discomfort. During the day, their vision is very poor. A hamster’s eyes are primarily rod cells, with only a few cones. Because cones are responsible for color vision and overall visual acuity, their eyesight is fuzzy. Rods, on the other hand, significantly improve their night vision.

Hamsters have been proven to utilize their eyes to inspect their food and catch insects, according to previous research. When they are being hostile, they provide each other with visual social cues as well. Their activity is halted when the light is too bright for them. Because of the numerous ways hamsters rely on visual signals, eyesight is a crucial adaptation for them.

Can hamsters see in the dark? 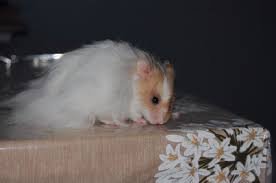 The ability to see in the dark is present in hamsters, although it’s not particularly good. Even in the daylight, hamsters’ vision is poor in general. Hamsters, on the other hand, are born entirely blind, and they don’t develop their eyesight until they are adults. When it comes to recognizing their owners, hamsters’ vision is so poor that they typically do it by smell, rather than by sight! Hamsters don’t rely on vision as their primary sense of direction. Despite this, hamsters’ eyes are ideally adapted to seeing in low-light conditions.

That they can see better in the dark than in the light, or that they have night-vision, is not clear. To see, animals require some form of natural light, such as the moon, stars, or even a nearby streetlamp. Since the way eyes work makes it difficult to see in total darkness, there is no way around it. However, this does mean that they can see with much less light, compared to, say, humans.

How Hamsters React to Darkness? 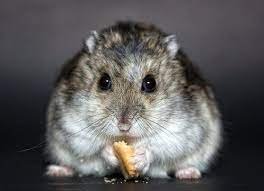 At night, you’d notice that your pet prefers to seek for food, ride hamsters on their wheels, and romp around in their cage. You’ll also notice that the hamster prefers to eat at night when it’s easier to sneak food into its cage. And if you want to see his antics and hilarity, you’ll have to wait till nightfall.
When the sun sets, hamsters emerge from their burrows and scavenge for food until the sun reappears on the horizon. Under the cover of darkness, their genetic makeup or tendency tends to make them more energetic and more active. The lights in his cage need to be turned out at night, and he needs to be paired up with you at night.

Do hamsters see in color? 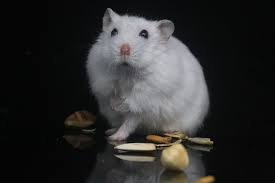 Do hamsters, then, have color vision? If this is the case, what colors can hamsters perceive?
Animals’ ability to perceive color remains a mystery. In addition to the animal’s cone count, the way the brain interprets the data also plays a role. As far as we know, the eyes of Syrian hamsters are essentially monochrome. As a result, they see all colors as one.

Although hamsters were found to respond in tests only to blue and green stimuli, researchers now believe that hamsters may be able to sense these hues, albeit in a dim way. Rhodopsin, a light-sensitive pigment in the retina, is to blame for this phenomenon.

By mixing Vitamin A and protein in rod cells during dark times, rhodopsin multiplies. This pigment is capable of absorbing the majority of visible light and transforming it into energy. The only hue it is most receptive to is green, but it isn’t all-inclusive.

Also, know What tricks can you teach your hamster?

How do Hamsters Cope with Their Poor Vision During Daytime? 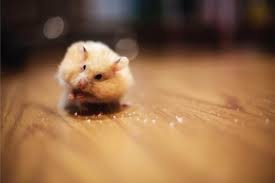 The optimum times for hamsters to see are at dawn and dusk since they need light to see. Pitch-black conditions make it impossible for them to see anything, while bright sunshine only irritates their eyes. For hamsters, the light glows best in the wee hours and early mornings.

When a hamster emerges from its burrow, this is the most common time. They do this in order to search for food such as seeds, grains, hay, and other such things in the surrounding area. In addition to seeing basic movement and forms, they will rely primarily on their hearing and odors to help them navigate.

Why do hamsters have the ability to see at night? 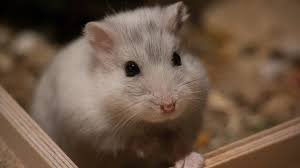 Hamsters are prey animals in the wild. They’re afraid of snakes, birds, and foxes, so they stay in their burrows during the day to avoid being eaten. They prefer to come out at night because they believe it is the safest time to do so. When they’re out foraging for food, the darkness provides them with a safe haven from predators. Their eyes have evolved to be able to see in low-light circumstances, which is why hamsters are excellent night-time explorers. You need to know a little bit about the eye in order to understand this.

Is UV Visible to Hamsters?

UV radiation is perceived as visible by Syrian hamsters. As a result, scientists believe they may contain more photopigments that are capable of detecting ultraviolet light. It isn’t clear why hamsters would benefit from exposure to UV radiation. It’s difficult to tell. Predators, as well as hamsters, could discern urine marks under UV light.

The amount of UV light reflected by various areas of an animal can vary, which is another possibility to consider. Hamsters may be able to hide from predators that can see UV light by adopting certain body positions. During daylight and twilight, UV light is more widely available. As a result, hamsters with UV vision may be better able to travel during the hours when they are awake.