Most people have heard an owl’s deep, powerful hooting late at night. These magnificent birds are mostly nocturnal, and their camouflaged feathers allow them to escape unnoticed by prey animals and bird-watchers alike. Those who are fortunate enough to spot one of the elusive owls are frequently amazed by how enormous they may get! While fluffy feathers contribute to the substantial appearance of these five species of owls, make no mistake-these fantastic raptors can grow to astounding sizes.

Owls are among the most well-known birds on the planet. This comes as no surprise given that owls can be found on every continent except Antarctica. These owls come in a variety of shapes and colors, with some being small enough to fit in the palm of your hand. Others, on the other hand, can become far larger than most people think. Here are the top 10 contenders for the world’s largest owl.

Largest Owls in the World 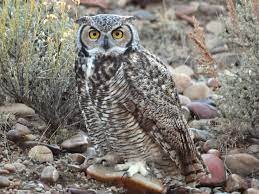 The Great Horned Owl is the most abundant owl in the Americas, and its name is derived from the characteristic feathery “horns” that protrude from the top of its head. These magnificent birds are primarily monogamous, sharing parental chores such as egg incubation and food hunting to sustain both parents during the incubation period. The prey of this adaptable hunter ranges from small creatures like scorpions and rodents to larger birds like raptors. The Great Horned Owl is powerful enough to take down prey much larger than itself, however, this is rarely necessary.

Great Horned Owls are excellent hunters who hunt at night. Unless you’re out in the dark, you’ll probably only notice them at dusk. They may sit on various posts or branches to gain easy access to a clear vision for hunting. You’ve probably heard their deep hoot, which is repeated four to five times. The Great Horned Owl can be found in a variety of habitats. They are most commonly found in young woodlands, but they may also be found in tundra boundaries, in the desert, or in a rainforest, making them one of the most versatile owl species. These owls have also been seen in cities, suburbs, and orchards. 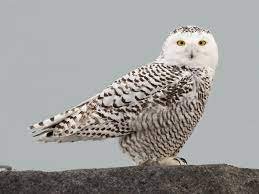 The Snowy Owl, with its stunning white feathers, is one of the most attractive owls. Despite its beauty, it is a fierce predator who should not be trifled with. It has also been observed snatching smaller birds from the sky. Because this owl lives in snowy areas, it has a remarkable white camouflage appearance. This owl’s gorgeous feather covering is built for warmth and camouflage, allowing it to blend into its freezing habitat and avoid frightening its victim before striking. The Snowy Owl has a characteristic tuft of feathers surrounding its beak that aids it in detecting adjacent things. Additional large tufts of feathers wrap the bird’s feet, keeping it warm and acting as snowshoes to keep it from sinking into the snow. The Snowy Owl is one of the most nimble owls, capable of plucking small birds from their flight path in mid-air. Lemmings are such an important source of food for Snowy Owls that the lemming population may decide whether or not the owl’s nest and reproduce that year. 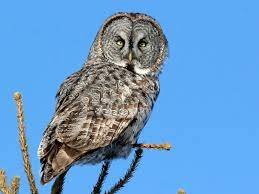 Although the Great Grey Owl has a wide wingspan, it is significantly lighter than many other large owl species. It has a striking appearance, with a spherical head and silvery-gray patterning. These tall birds can be found in deep woodlands. This owl’s diet is primarily comprised of rodents and small birds, while it has been known to consume larger prey such as smaller raptors and larger mammals such as rabbits. While Great Grey Owls are mostly active at night, they also hunt during the day. Swamplands and damp forests are more appealing to this bird than other habitats, however, they are adaptable, especially during migration. 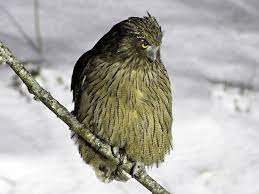 The world’s largest owl is the Blakiston’s Fish Owl, a subspecies of eagle owl that is only found in a few places. Many conservation efforts have been done to conserve its habitat so that the terrifyingly huge owl can live naturally on Earth. Because of its size, the Blakiston’s Fish Owl is one of the rarest bird species, and it is not to be trifled with. This spectacular sub-variety of eagle owls is only found in a few locations of the world, and conservation efforts are needed to protect its habitat. Deforestation and overfishing of the owl’s favorite food have already had a significant impact on the population, putting it on the endangered species list. To nest, hunt, and survive, the Blakiston’s Fish Owl prefers riparian woods with old, dead trees. This magnificent owl is not only the largest in the world, but it is also one of the rarest of all birds. 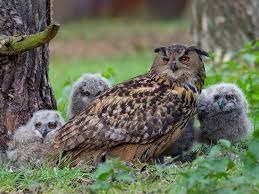 These huge, adaptable birds live in a wide range of settings. They’ve also been found to live in urban environments like municipal parks, as long as there are enough nesting sites and prey to hunt. With no natural predators in the environment and just human involvement to worry about, Eurasian Eagle Owls can live to be 20 years old in their native habitat. This feathery predator, like most owls, is nocturnal and serves a crucial role in keeping prey animal numbers in check. The Eurasian Eagle Owl has a varied diet that includes animals, birds, fish, insects, and reptiles. This huge predator has even been observed to hunt young deer for food.

The owl is a huge bird that is well-known for its deep and powerful hoot at night. Owls, as nocturnal animals, have camouflaged feathers that allow them to hunt their prey unnoticed. Though owls can be enormous or small, giant owls are menacing yet fluffy, making them extremely appealing predators.