Though they can be maintained as pets like dogs, cats, and even ferrets, frogs are unique in that they don’t socialize with their human companions. Many animals express extreme discomfort when handled, hence most prefer to be left alone. Some of them are toxic, and others are simply too huge to keep as house pets. Amateur frog keepers often make mistakes because they don’t do enough research on the species they’re caring for. It’s possible to keep pet frogs that are resilient, low-maintenance, and tolerant of occasional carelessness. 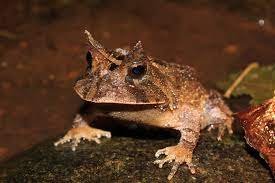 These big species, also referred to as Pacman frogs, can be seen burrowing in the earth or moss. Albino, ‘Tri-color,’ and ‘Fantasy’ morphs are only some of the most frequent, and all require the same basic care (with the exception of special lighting for albinos). Once you become used to picking them up, these frogs, which can reach a length of up to 8 inches when fully grown, won’t put up much of a fight even when held by the back. 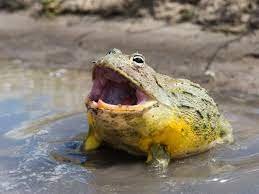 The African Bullfrog, or Pixie frog, is one of the largest and most sought-after frogs as a pet. They burrow for most of their lives and can grow to be as long as 10 inches. Frogs can live up to 35 years if given the proper care. In general, they keep a chill demeanor and are fine with being carried on sometimes. 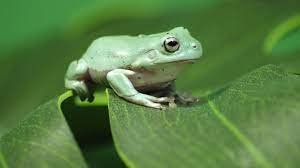 In comparison to their White-Lipped relatives, White Tree Frogs are noticeably more diminutive in size. The length of this species ranges from 3 inches to 4.5 inches, and it has a beautiful silvery green color. This Frog is great for novices and younger players. They are hardy, docile, and low-maintenance pets. It is also believed that they inhabit man-made settings (e.g. toilets and tanks for water). Because of their potential docility, White Tree Frogs are a great option for responsible pet owners. 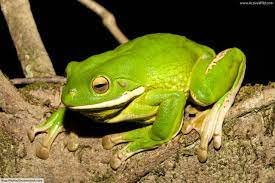 The white stripe that extends from the frog’s bottom lip to its rear legs is what gives these iridescent green amphibians their common name. They are the largest tree frog on Earth, measuring between 4.3 and 5.5 inches in length, and can be found in Australia and New Guinea. The ideal tank dimensions for this frog are 23x23x23 inches, and it should feature plenty of perches. Many amateurs have fallen in love with White-Lipped Tree Frogs due to their exotic beauty and interesting behavior. 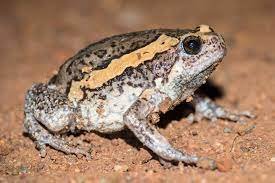 These amphibians, true to their moniker, are round and plump, with large, protruding eyes that appear to be constantly scanning their surroundings. The Burmese Chubby frog can live well in an aquarium as small as 10 gallons. Their low maintenance requirements also make them a good choice for anybody looking to get a frog as a pet for the first time. 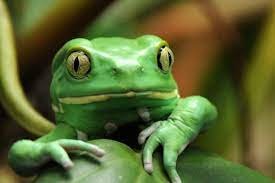 Despite their superficial similarities, the Waxy Monkey Frog and the White-Lipped Frog are actually native to distinct regions of the planet. Because of its vivid green color, waxy appearance, and propensity to rest in leafy branches, this species is sometimes referred to as a “leaf frog.” Their skin is protected from drying out by a waxy layer. In its natural habitat, the Amazon Rainforest, the Waxy Monkey Frog thrives in high humidity. 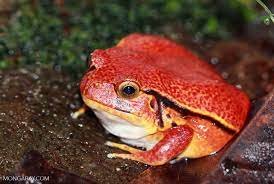 This orange bearded dragon can remind you of a tiny cherry tomato! The northern part of Madagascar is home to a diverse population of tomato frogs (e.g. forests and coasts that are wooded). Because of their adaptability, they can survive in a variety of environments and do well in captivity. At only 2.5 to 4 inches in length, they are among the tiniest pet frogs available. 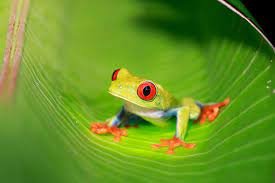 Large red eyes, vivid green bodies, and orange feet are shared characteristics of the two Red-Eyed species. Both Central American and Australian rain forests are home to their respective native species. These two species are favorites of first-time aquarium keepers due to their vibrant colors and unusual personalities. Geography, Central Tank-sharing is acceptable for Red-eyed Tree Frogs. An army of frogs is a terrific starter pet for those who are just starting out. 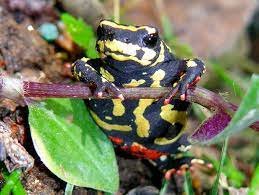 Red-belly Some people mistake the more common oriental fire-bellied toad for a South American toad because they seem similar. Both of these require little maintenance, but they are simpler to care for. They are excellent for those just starting out. Given how little room they need, a terrarium of even 10 gallons could be too much. A group of six red-bellied toads may live comfortably in a ten-gallon aquarium. 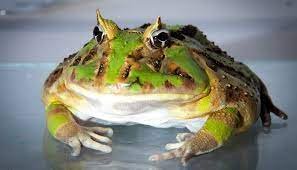 Horned Frog is an alternate name for this genus. South American Amazonian rainforests are home to a unique frog species known as the Pacman Frog. Species of this genus can be found in a wide variety of colors, from lime-brown to orange-green. Their massive lips, which take up half of their skulls, give them their peculiar moniker. They can grow to a length of seven inches, making them significantly longer than average frogs. 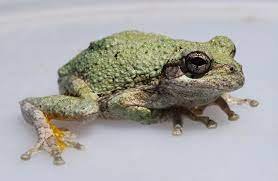 The grey tree frog is a tiny frog native to North America and Canada. They are the tiniest and most fleet-footed of the arboreal frogs. Although frogs aren’t the most interactive pets because they can be hard to capture and human handling can be upsetting for them, their small size makes them ideal as a feature or decorative pet because they can be kept in a relatively small enclosure. 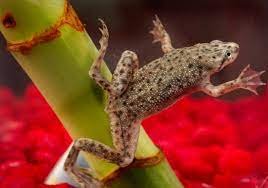 Except when migrating, African Dwarf frogs spend their entire lives submerged in water. Outside, they prefer to hang out in the water with fish. They thrive in 5-gallon aquariums with plants because they rarely leave the water even while being kept as pets. They are also able to coexist nicely with fish. 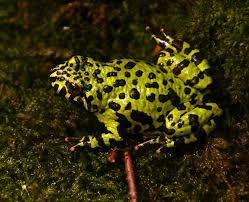 The small, brightly colored Oriental Fire Bellied Toad is a popular pet frog that thrives on a diet of insects. This particular toad gets its name from its vivid coloring and crimson underbelly. Their bodies are covered in dark patches, blotches, and black spots, but the tops of their limbs, back, and heads are a solid, green color. Even though these toads can be found naturally over Eastern Asia, they are more commonly raised and kept in captivity. Although they are not difficult to handle, beginners should proceed with caution around these animals because of their intense territoriality. 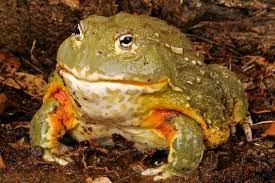 Among these, the Pixie frog—also known as the Giant African Bullfrog—stands out as one of the most unusual. Males of this species can grow to a length of 6-10 inches, making it the second-longest frog species. In general, women are more diminutive than their male counterparts. Because of the risk of cannibalism, each frog needs its own separate aquarium of at least 40 gallons in size. As their bites can cause serious injury, pixie frogs should be handled with caution. 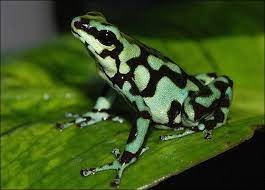 As with other members of the Poison Dart family, the Green and Black Dart Frog can cause serious harm if ingested. This species lives in the rainforest understory in Central and South America. As a rule, these little amphibians have a green and black color scheme. Their predators are warned away by the vivid hues of these animals. Their reputation often discourages newcomers from using them. However, novice frog keepers will find that they are surprisingly easy to care for. These little frogs are full of life and fun to watch.

Also, know 19 Facts About Reptiles You Most Likely Didn’t Know 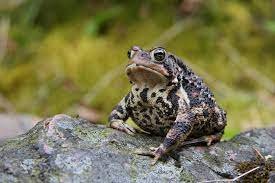 The range of the American toad extends across much of the continent. Most of their time is spent near water, such as in ponds or damp woodlands. The small legs and thick, brown skin covered in warts are telltale signs of the toad. They can go from having brown skin to having green skin to having yellow skin if they’re under a lot of stress. Ball Python Morphs are great pets but lack the vivacity of reptiles. It’s estimated that the average lifespan of an American Toad is between 15 and 20 years. If you want to keep yourself and them safe, you shouldn’t handle them too often. 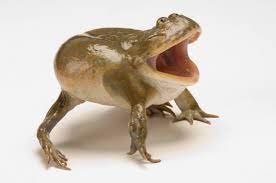 These odd-looking frogs keep their large eyes above the water’s surface as they search for prey. In addition, their broad lips are almost as big as their bodies are tall. While the Budgett frog requires little maintenance, it can be a bit tedious to watch because it stays in one place for much of the day.

Some species of frog are better suited to life in captivity than others. When kept as pets, toads and frogs can be tremendously rewarding companions and educational resources. Learn about the different species available before making a final decision. There are around 3,000 different frog species, each with its own set of preferences and maintenance needs. Some are perfect for novices and others aren’t!