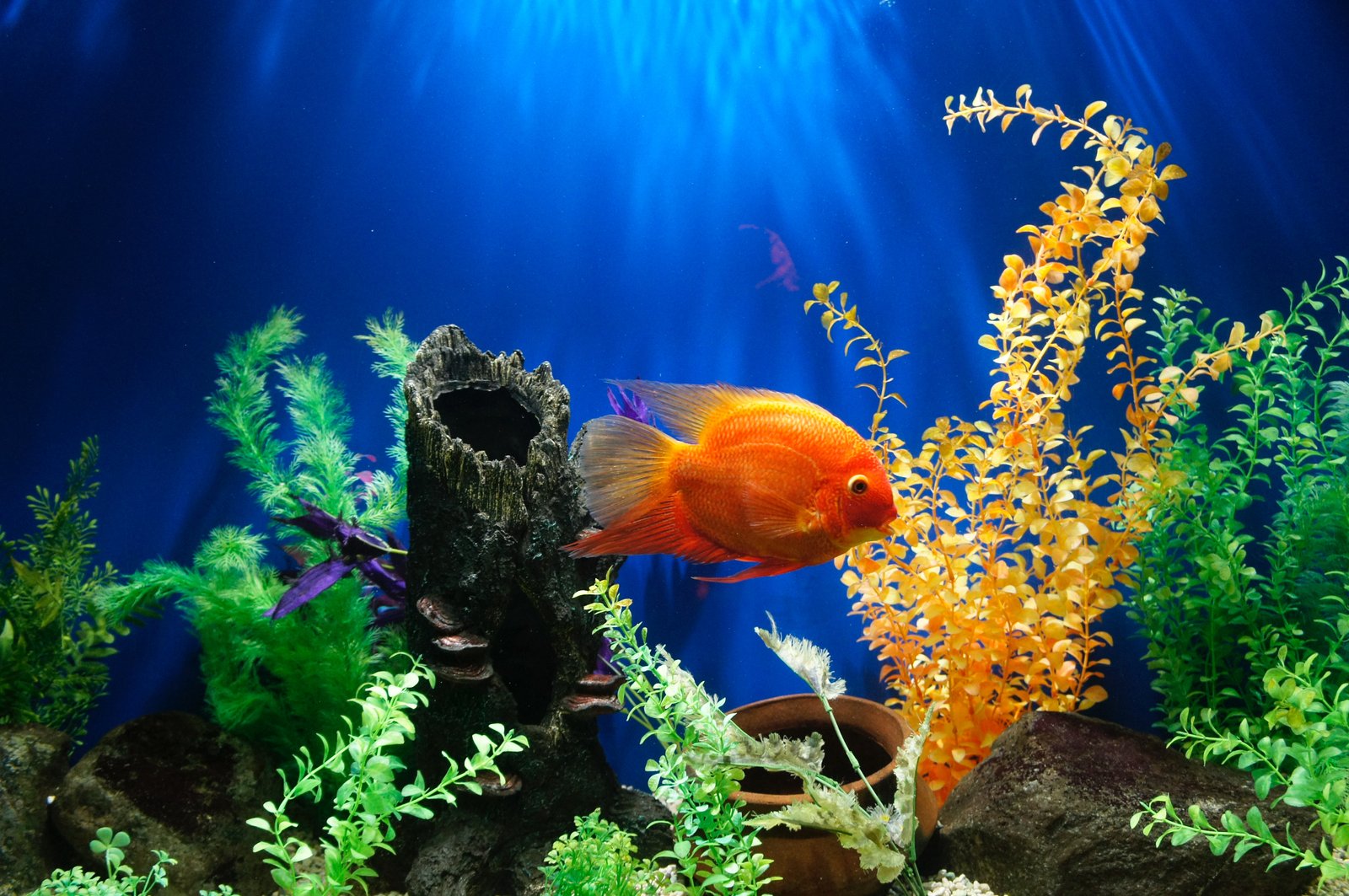 One of the cutest and most fascinating varieties of fry in the aquarium hobby is the newly hatched goldfish. Over a hundred eggs can be laid by a single goldfish, and when properly cared for, the eggs will hatch into delicate fry that will start to grow quickly.

You must first take care of their eggs if you want a healthy batch of goldfish fry! You will also need assistance determining what aquatic life, if any, laid that particular batch of eggs if your tank contains other aquatic life. Luckily, once you know what to look for, it’s simple to spot goldfish eggs. You will learn how to detect whether or not the eggs are fertile once you have the knack of correctly identifying their eggs.

The male goldfish will chase the female goldfish’s rear during the ritualistic mating of a male and female goldfish. This will happen during mating season or if the environment is favorable for breeding. To generate a healthy batch of fry, fertilization takes place outside of the body and requires both the male and female. An egg-carrying female will be pursued until she lays eggs along the aquarium’s bottom or on top of ornaments. The eggs will then be fertilized with milt by the male goldfish (fish sperm).

After mating, goldfish do not remain together and will split up. The two goldfish can now mate with other goldfish in the tank thanks to this.

The belly of your female goldfish will be excessively huge and flatten out in the centre. When viewed from above, they will also have their stomachs sticking out on either side of their bodies. In certain instances, the expanded abdomen may also allow you to view the egg outlines. Additionally, the female will seem agitated and less animated than usual.

(i) Put the eggs inside a hatchery/incubation tank with a filter, heater, and aeration system that is attached to a spawning mop, plant, or ornament.

(ii) Keep the eggs between 21 and 24 °C, at a warm, consistent temperature. Use a heater to maintain a constant temperature. The eggs will be more likely to hatch in three to five days as a result.

(iii) An air stone, bubbler, or spray bar should be used to aerate the eggs.

(iv) To hatch, the eggs need a lot of oxygenated water.

After a day or two, this is evident.

(vi) After day 5, the fry will hatch and appear as small dots jerking in groups through the water.

How to Idenitfy a Goldfish Egg

Indeed, goldfish eggs resemble a wide range of fish and invertebrates. Discovering all of the various aquarium life in your tank can help you to quickly establish what laid the batch of eggs there. There is a good likelihood it can only be goldfish eggs if you have a tank with only goldfish. The appearance of their eggs must be considered whether you have snails or other suitable tank mates. Goldfish eggs appear as white to yellow or orange bubbles. They are tiny, fragile spots that frequently stick to the tank’s substrate and foliage.

caring for the eggs and fry of the goldfish

If you follow their water and temperature needs, taking care of the eggs and fry is easy. They ought to both always have access to pure, oxygenated water. Until the eggs are big enough to avoid being eaten by adults (which should happen when they are twice the size of their parents’ mouths), they can be kept within the hatchery.

In order to get rid of the fungus that the infertile eggs will eventually develop into, remove any unfertilized eggs using a solution of methylene blue and dechlorinated water.

You should get accustomed to the identifying and raising procedure if you intend to breed your goldfish on a regular basis. It is most certainly a batch of goldfish eggs if you have unintentionally discovered eggs at the bottom of the aquarium and have seen a very round female being chased by a male. Regardless of whether a male is nearby or not, females can lay eggs, but those eggs will not be fertile. It is essential to not mix the two as it is not unusual to see two male goldfish chasing each other for supremacy over a female in the aquarium.