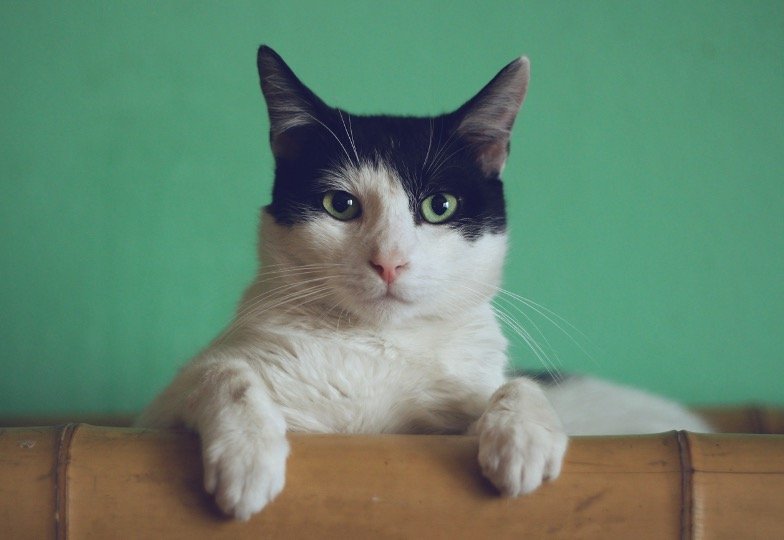 How to Stop Your Cat from Catching & Killing Birds?

A cat is a domesticated animal belonging to the Family of Felidae and the Genus of Felis.  Have you ever wondered how your crazy, adorable, quirky, funning, and fuzzy little cat can go from being extremely innocent and cute to a professional hunter and predator?

Cats are carnivores just like lions, tigers, cheetahs, etc. All cats, from the domesticated cats to the wild jungle cats, come under the same family of species, the Felidae. Thus, cats are closely related to wild predators such as the tiger, leopard, etc. All cats are excellent hunters and predators, they have good instincts, reflexes, and attributes.

As mentioned previously, cats are carnivores. That means they also eat meat and nothing else. Cats occasionally eat leaves for digestive purposes, they also eat bread at times. But most of their diet constitutes meat and meat only.

If cats are not fed meat, they resort to hunting. Cats hunt birds, rats, and other smaller animals. Cats mainly kill birds. However, they do not only hunt or catch birds for the purpose of eating. If you have a cat, you would know that cats love to play.

They are intrigued by numerous things, especially objects that move around quickly and things that fly. Therefore, cats are intrigued by birds. They also get to practice their hunting skills while catching birds.

Also, know Are Birds Dinosaurs? What You Need To Know!

How to prevent your pet cat from catching and killing birds?

The population of cats is vast as a female cat can give birth every six months. According to the American Veterinary Medical Association, there are approximately 60,000,000 pet cats only in the United States of America. Besides that, there are other 30 to 50 million stray cats.

Indoor cats that mostly stay indoors are less likely to kill birds as compared to pet cats that are free to be outdoors. The cats that spend most of their time outside become highly trained hunters. In fact, it is said that the issue of cats killing birds is becoming a wildlife issue.

Ways to prevent cats from killing and catching birds

1. Purchasing a collar with a bell for your pet cats

Then would it stop cats from killing birds? The tinkling sound of the bell actually helps the birds. As we all know cats are silent predators and hunters.

In fact, the skill that leads to success in hunts is by catching the prey by surprise or when it is not aware. The noise of the bell will give the birds a heads up. By using the collar and the bell, your cat will be unsuccessful in catching the bird.

According to a study, by using the collar, your ct might shift from hunting birds to hunting rats or mice. There are several collars designed to make a certain noise or to alter the prey about the cat’s presence. The success of the collar depends on the cat to cat.

2. Come up with a healthy dietary plan for your cat

Cats usually hunt when they are hungry. Thus, coming up with a healthy dietary plan for your cat will prevent them from searching for food in other places. Providing them with balanced healthy meals gives them all the nutrients they need.

Cats with satisfied tummies avoid going on hunts. After eating, they may not feel the urge to go and catch prey. You can further try to feed your cat good meals at the time of their hunts, to prevent them from going to catch prey.

Cats are ‘crepuscular predators’, which means that they are most probably active during the night, morning, and twilight hours. Providing them with a meal during these periods may prevent the cats from hunting. Therefore, cats should always be well fed.

They should be well cared for to stop them from wandering outside where they are not welcome. Trying to keep your cats indoors most of the time can also prove effective and save a lot of birds- which is the next point.

3. Makes sure your pet cat stays inside

Ensuring that your cat stays indoors is a great method to stop them from hunting birds. To ensure this, keep your pet cat’s food bowl, beds, and toys inside the house at all times. This will discourage your cat from going outside and killing a native bird.

If cats know that everything they require is in their house, they will avoid exploring and wandering further outdoors. Naturally, not all cats are the same. Some may still want to remain outdoors and some may prefer to remain indoors.

Keeping your cats inside the house when birds are the most vulnerable can be effective at times. For this, you should keep your cats indoors an hour before sunset and an hour after sunrise.

Other ways include taking stray or unknown cats to an animal shelter to make them safe and prevent the cat population from increasing. Owners should also consider neutering their pet cats and stray cats to prevent them from producing and exploring.

It is estimated that cats kill about 1 to 5 billion birds every year only in the United States of America. Imagine the number of birds killed in the entire world every year! Birds are an essential part of our ecosystem.

They are crucial to the health and function of our ecosystems. Birds act as pest control, distributors of seeds, pollinators, fertilizers, and more. Their numbers need to be kept in check for the growth and functioning of our ecosystem. Therefore, it is important that we stop our pet cats from hunting and preying on birds!