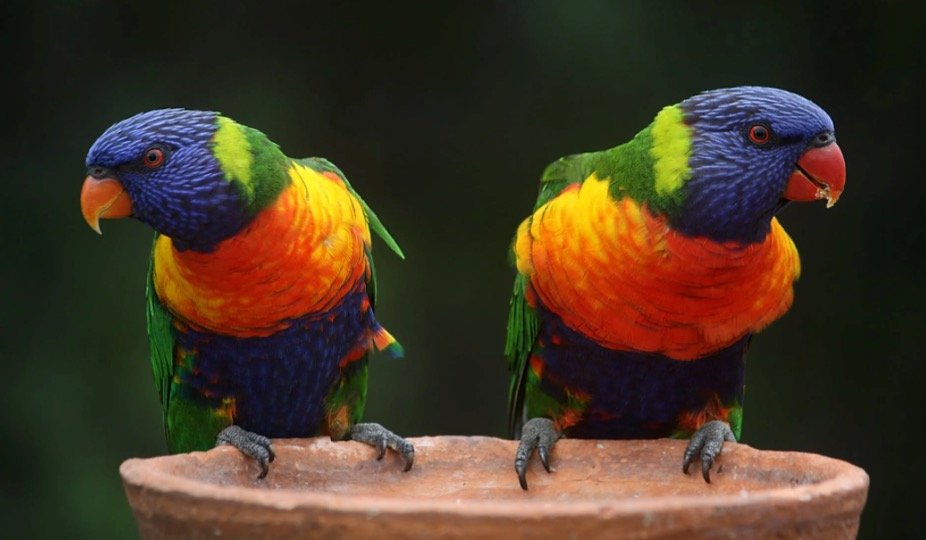 A lorikeet is an omnivorous creature belonging to the Animalia family, phylum Chordata, class Aves, order Psittaciformes, and family Psittaculidae. Its length is up to 5 to 13 inches, it weighs up to 20 to 280 g, and it has a wingspan of up to 15 to 24 inches, with a lifetime of up to 15 to 20 years in captivity.

A lorikeet is a bird that feeds on flowers, fruit, nectar, pollen, and insects. The brightly-colored, rainbow-like plumage is the most distinctive characteristic. Lorikeets are preyed upon by snakes and birds of prey.

Physical features include red, blue, green, black, and purple skin colorations, and feathers on the skin.

The lorikeet is one of the most vibrant birds on the planet. They almost appear to take pleasure in their flamboyant and colourful plumage. There are roughly 40 identified species of lorikeets as arboreal parrots, with the rainbow lorikeet being the most well-known.

They are closely related to the lories, another form of arboreal parrot. Lorikeets vary from parrots in that they are smaller, have long, tapering tails, and have a dominating green plumage rather than red.

They are distinguishable from other parrots by the presence of a brush-like tongue on each of their heads. 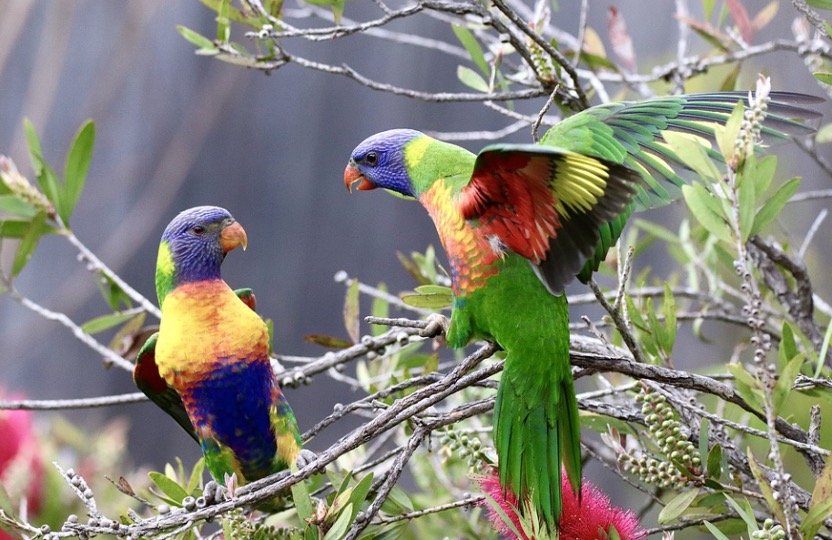 In Australia and portions of Southeast Asia, the lorikeet may be found in forests, mangroves, and eucalyptus groves. It can withstand both hot and cold conditions.

Lorikeets normally build their nests in tree hollows well above ground, but they’ve also been seen building nests in rock crevices and ground holes. Their nests are layered with rotted wood in many cases. It’s unclear how many of these birds are still in the wild.

Per species, there are possibly hundreds or tens of thousands of adult individuals, yet many of them appear to be dwindling. Ending excessive deforestation and poaching in their native habitats will be required to protect the surviving populations. 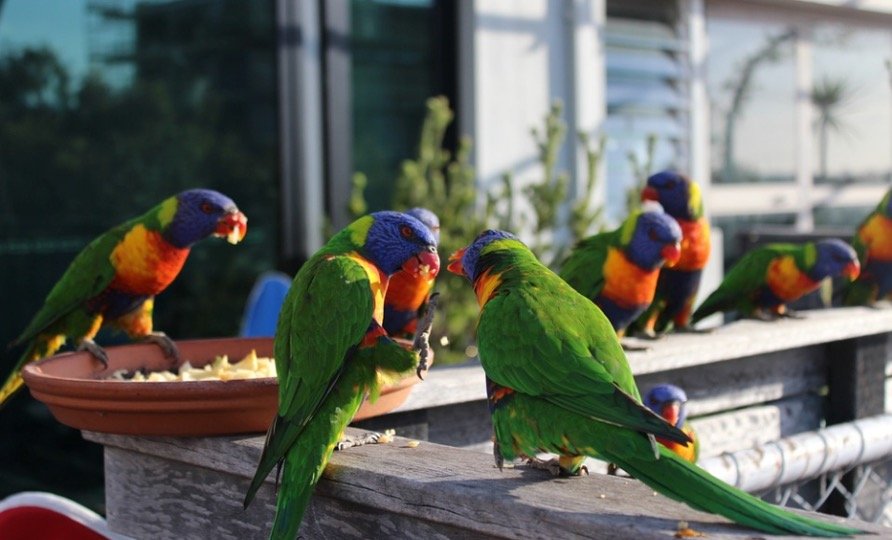 • The lorikeet is known for its incredible acrobatic abilities. They can hang upside down from branches to gather food because of their sharp beaks and claws.

• The lorikeet is a key pollinator for plants such as coconut palms and other tropical flora. Pollen adheres to their feathers and falls to the ground far from their intended location.

• Hundreds or even thousands of lorikeets might be seen in a single flock.

• It’s thought that the red-collared lorikeet from Darwin, Australia, gets intoxicated by fermenting fruit. Physical symptoms might linger for a few days and cause breathing difficulties. This shows that something unique is going on with the bird’s physiology, beyond ordinary inebriation. 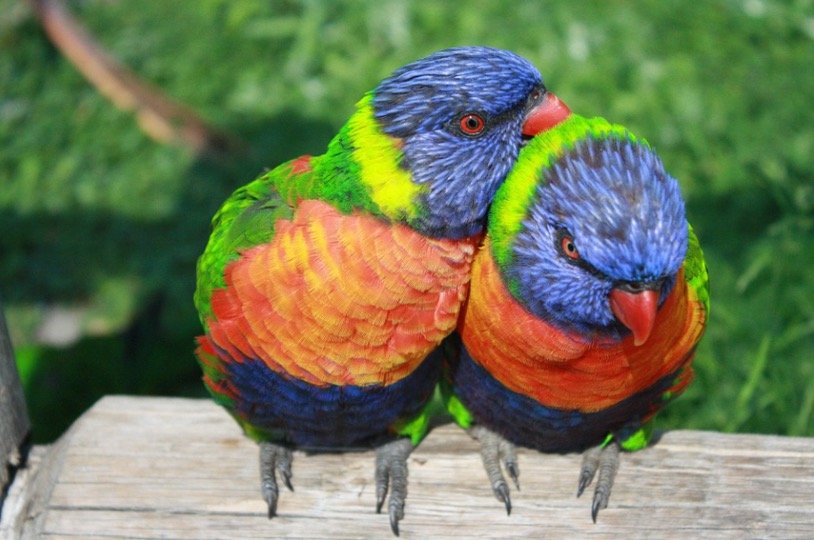 Lorikeets have historically been associated with the Lorrinae subfamily. The subfamily’s name, lory, is derived from a traditional Malay term for a parrot. They have a lot in common with budgerigars and fig parrots.

While the lorikeet resembles a standard parrot in appearance, there are a few key distinctions that set it apart. The anatomy of the large, pointed beak is slightly narrower than that of other parrots.

The wonderfully colourful plumage has a basic green hue with blue, crimson, purple, and black patches and patterns. Lories and lorikeets have a lengthy brush-like tongue that is absolutely unique to them.

The tongue, which extends from the mouth, collects food with very small hairs called papillae. From head to tail, this bird could be anywhere between 5 and 13 inches long, depending on the species. Lorikeets are loud, highly energetic birds with a well-developed social life.

While some species are territorially violent when it comes to defending their area from other birds, they prefer to congregate in large flocks of hundreds or even thousands of individuals.

During the day, these big groups travel up to 30 miles together in search of food, and they occasionally fly between various islands within the bird’s native range. Lorikeets aren’t often migratory, but certain species, such as the rainbow lorikeet, do travel about seasonally to take advantage of varied meals.

This quest for food takes up around 70% of their waking hours. During their break moments, they also spend a lot of time grooming their spouses.

To sleep at night, they congregate in communal roosts. During the mating season, when they spend more time nurturing the young, this behaviour varies significantly. 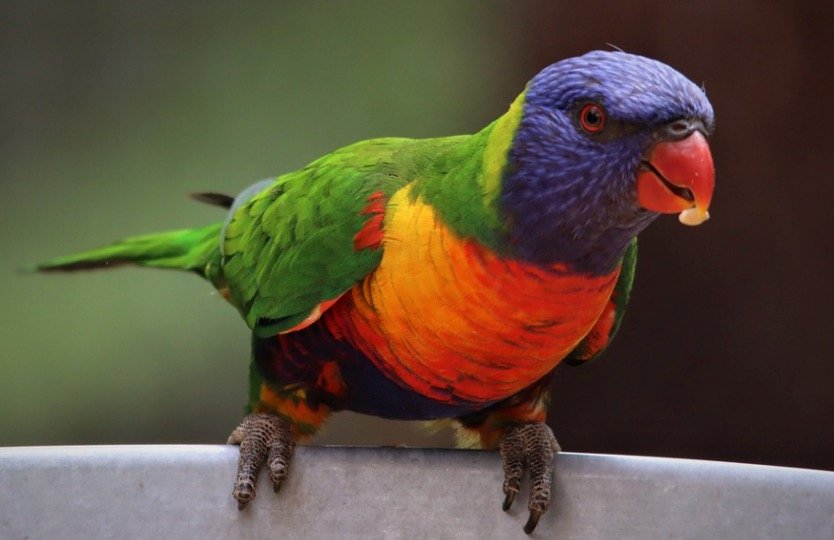 The easiest way to define these birds is as opportunistic omnivores. Hundreds or thousands of different plant species may be included in their diet, which varies throughout the year. Unlike most other arboreal parrots, this one does not eat mostly nuts and seeds.

Flowers, fruits, nectar, and pollen are its preferred foods. The beak is sharp enough to break flowers apart, and the specialist tongue has tiny hairs that allow them to collect nectar and pollen as well as extract juice from fruits.

Insects are also used to enhance their nutrition. Due to their softer diet, lorikeets are supposed to have a weaker gizzard, the portion of the bird’s stomach that grinds down tough food. 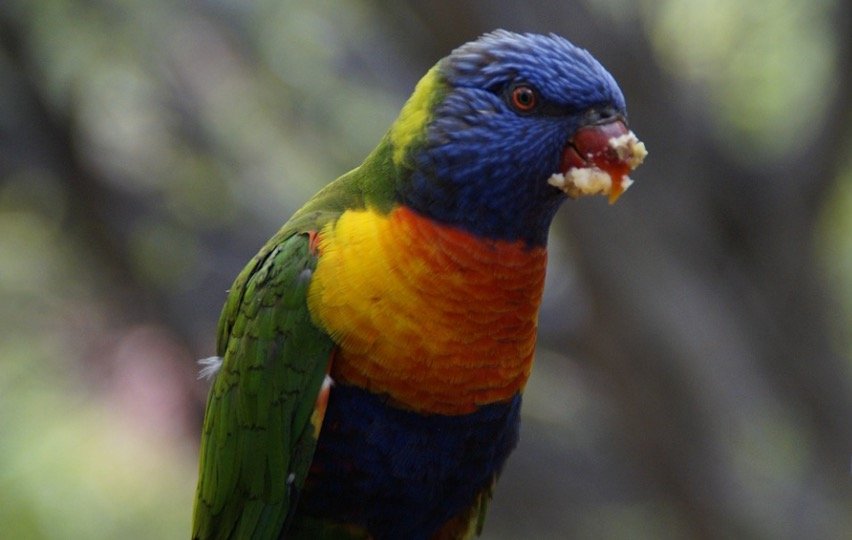 Predation, deforestation, shooting, and the illicit pet trade are all challenges to these birds in the wild. People all throughout the globe value their vividly coloured feathers, and their propensity for eating domestic plants has gotten them into trouble with farmers.

The IUCN Red List now lists most species as least concern, but there are a few exceptions: the red-throated lorikeet, New Caledonian lorikeet, and blue-fronted lorikeet are all critically endangered.

Falcons, kites, pythons, and even tamed animals feed on this bird. Most species have developed in the absence of big predatory animals since they dwell on Pacific islands.

However, this has altered significantly with the advent of invading species from elsewhere. Lorikeets evade predators by hiding in holes or flying through the air. 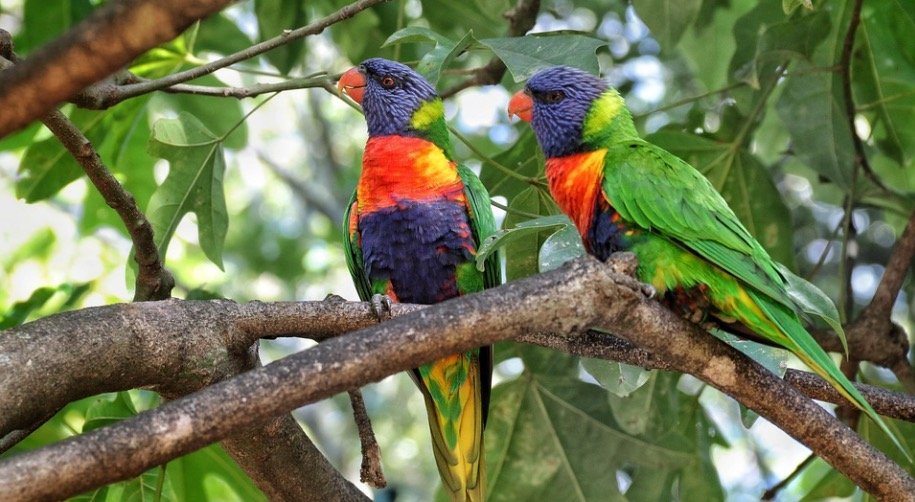 Based on careful observation, these birds appear to be monogamous for most of their lives. Except in southern Australia, where the mating season is between August and January, they may breed at any time of year.

The female will deposit two eggs at a time after mating and will incubate them for around 25 days. The father assists with the feeding of the chicks, while the mother is in charge of the majority of the incubation chores.

The chicks have grown their flying feathers and are learning to fly after around seven or eight weeks. It might take anything from one to three years for a person to attain sexual maturity. Lorikeets live for seven to ten years in the wild, but can survive for 15 to 20 years in captivity. 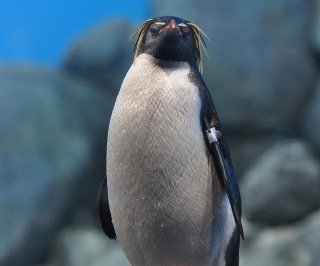