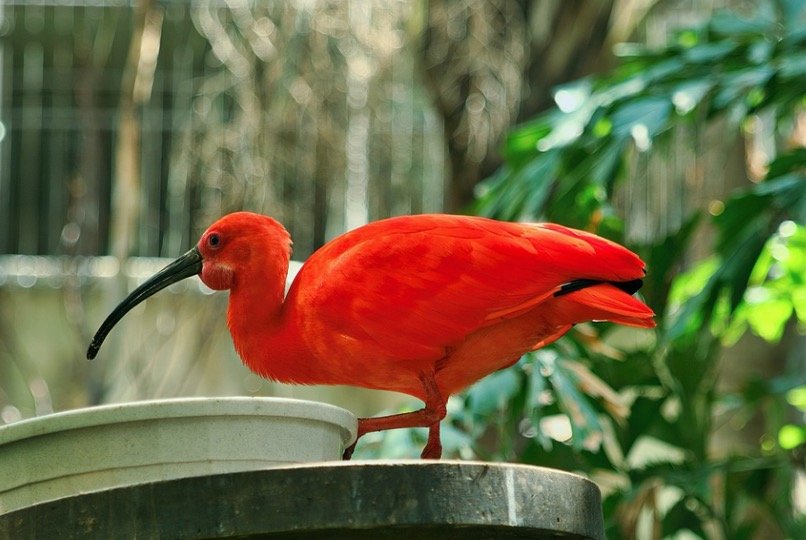 An Ibis (Threskiornithidae) is an omnivorous creature belonging to the Animalia family, phylum Chordata, class Aves, order Ciconiiformes, and family Threskiornithidae. Its height is up to 19.7 to 25 inches, it weighs up to 0.6 to 4 pounds, and it has a wingspan of 32 to 47 inches, with a lifetime of up to 8 to 15 years.

An ibis is a bird that feeds on fish, crabs, and insects. The rounded body, long neck, and beak are the most distinguishing characteristics. Ibis are preyed upon by hawks, falcons, and herons.

Physical features include grey, brown, black, and white skin colorations, and feathers on the skin.

Ancient Egyptians revered the Threskiornis aethiopica , yet no species of the bird can be found in modern Egypt. The ibis animal, a kind of bird, is one of the most well-known wading birds in the world, with varieties found on all continents except Antarctica.

There are about 30 distinct species that exist today, each with its own size, colour, and other characteristics. Several species of ibis are now extinct, while others are considered endangered. 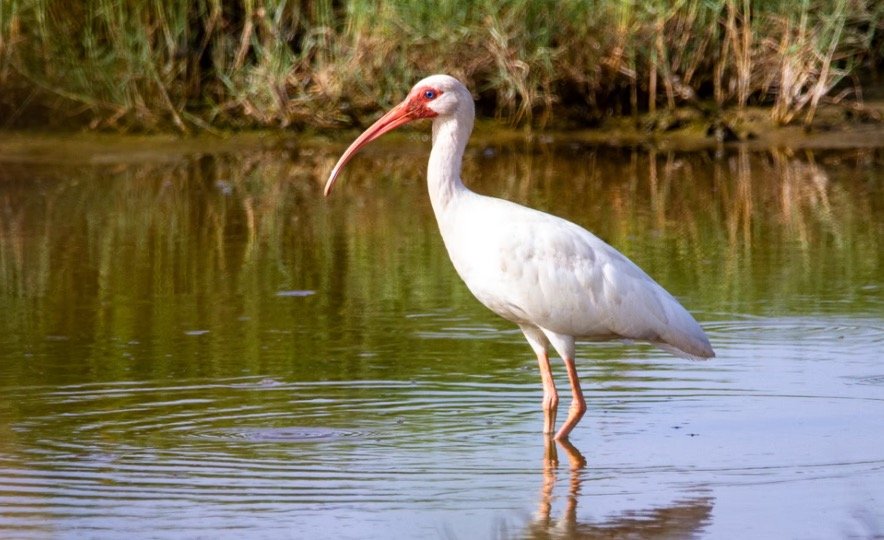 Except for the islands of the South Pacific, these birds may be found in all the warm, generally tropical to subtropical parts of the planet. They like wetlands, but they may also be found in farms, open meadows, grasslands, and wooded areas.

Although the majority of ibis habitats are at sea level, some ibis may be found in hilly areas. In North America, three regular species of ibis: the glossy ibis, Plegadis falcinellus, Plegadis chihi, and Eudocimus albus. The hadada ibis, for instance , is merely found in Africa.

The species is now predominantly found in Southern Arabia and Sub-Saharan Africa, and is no longer present in Egypt. The population of most ibis species has remain constant. Some species, however, became endangered, and habitat loss is that the major cause.

In some locations, the birds are also often hunted, and the extensive use of pesticides may have a harmful influence on their eggs. For vulnerable species, efforts have been made to enhance ibis population numbers.

The Waldrapp ibis, sometimes known as the bald ibis, was originally listed as severely endangered by the IUCN. Due to effective captive breeding operations, this species is currently classed as endangered. 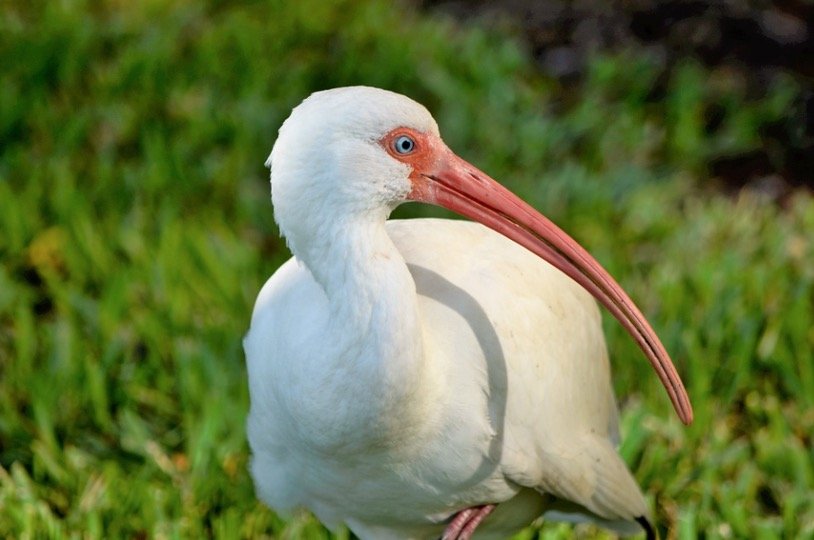 • The colour of an ibis bird is mostly determined by its eating habits and location. The scarlet ibis, just like the flamingo, receives its vivid pink colour from its shrimp-heavy diet.

• Thanks to sensitive feelers inside their bills, ibis birds can recognise food they discover when probing with their beaks without having to see it first.

• the top , face, and chest of most ibis species are completely naked. These regions turn a brilliant crimson during the breeding season.

• Both male and feminine ibises alternate incubating eggs and feeding the newborn chicks.

• Ibis birds are connected to storks and belong to the same order as spoonbills, Ciconiiformes. 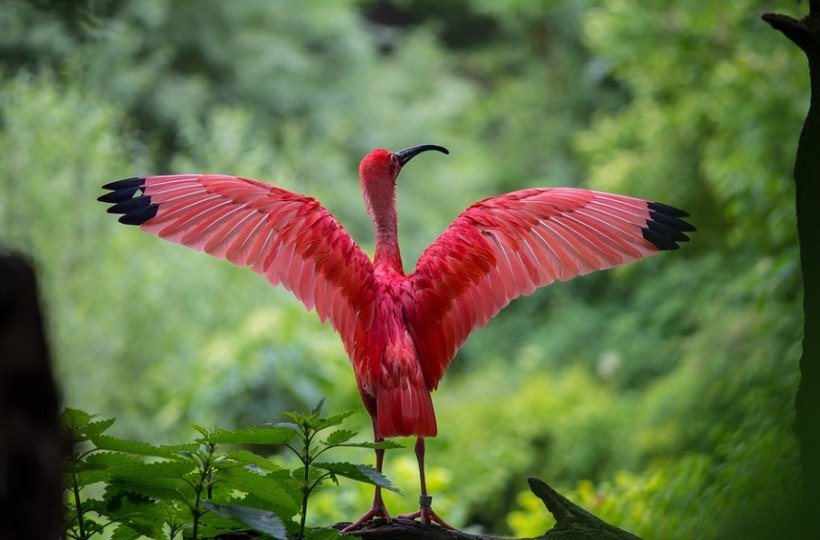 The ibis bird belongs to the Aves class, the Pelecaniformes order, and therefore the Threskiornithidae family. They are again divided into 12 genera, with 28 extinct bird species found in each.

In both Latin and Ancient Greek, the term “ibis” was the conventional designation for this group of birds. The Egyptian name “hab,” which means “holy bird,” is also linked to the word “ibis.” 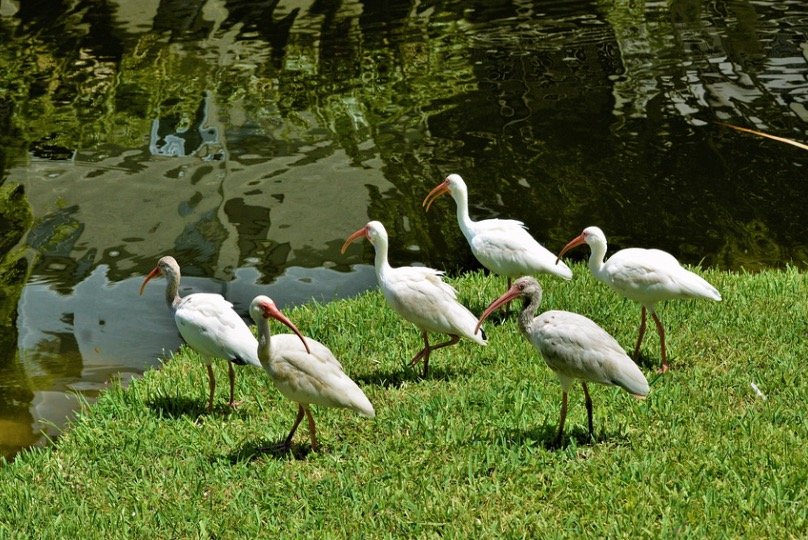 Ibises have different looks from one species to the next. On the other hand, these wading birds are typically between 22 and 30 inches long. The enormous ibis, the biggest species, is more than three feet long and weighs more than ten pounds.

Female ibises are generally smaller when compared to males, weighing around ten ounces less and having smaller bills and wings. Despite some differences in appearance, all ibis creatures have football-shaped bodies, long legs, and toes.

Their large, down-curved bills are used to search for food in muck and water. The bills of newborn ibises are straight at birth and begin to curve downward roughly 14 days later.

Ibises come in a variety of colours, and the colour they choose is influenced by their eating habits and environment. The brilliant pink hue of the scarlet ibis, for instance , is thanks to the very fact that it eats tons of shrimp.

During mating season, most ibises have bald heads or faces, and the underlying skin turns bright red. The beaks of these wading birds are uniquely constructed to assist them in probing the ground for food.

Their nostrils are towards rock bottom of the bill, rather than at the tip, allowing them to breathe while probing. They also employ sensitive feelers embedded in their bills to detect food they come upon, avoiding the need to drop it and examine it first.

The majority of ibis species are usually dumb. During mating season, they may cough, squeak, or breathe noisily to draw attention to themselves. Female ibises may also use a unique sound to call their offspring. 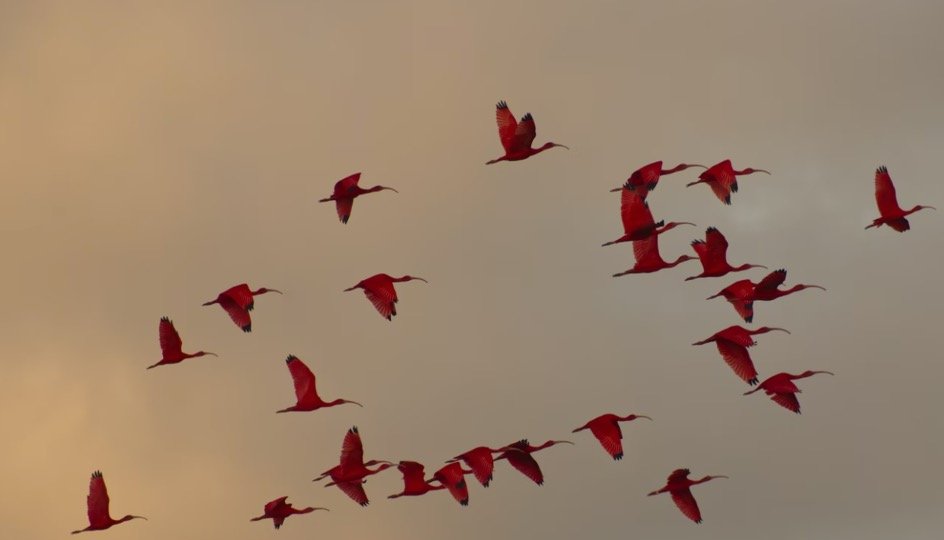 Ibises are social birds that usually reside in huge groups. Ibise flocks are mostly active throughout the day, eating, resting, and preening. All existing species of the bird can fly, and they travel in groups from their roosting grounds to feeding grounds and return.

They fly in V-shaped patterns sometimes and in straight-line formations at other times. Ibises on the wing beat their wings in tandem and may switch between flapping and gliding at an equivalent moment, which is incredible.

While flying, flapping, and sailing alternatively, Ibises keep their necks and legs outstretched. Ibises create compact nests in low places of plants and trees, generally out of sticks. Some animals even construct them on rock faces.

They construct their nests in massive clusters including hundreds to thousands of breeding pairs. Individual flocks of ibises converge to create enormous colonies during the mating season, which varies by species and environment.

Some ibis species mate with an equivalent partner year after year, whereas others mate with a special spouse annually. Both parents prepare the nest for the eggs. Females normally lay three to 5 eggs every season, with a three- to four-week time period.

Ibis babies typically fledge between 28 and 56 days after hatching, and they become completely independent between one and four weeks after that. Some ibis species, on the other hand, stay with young parents for much longer to learn the intricacies of migratory patterns and feeding methods. 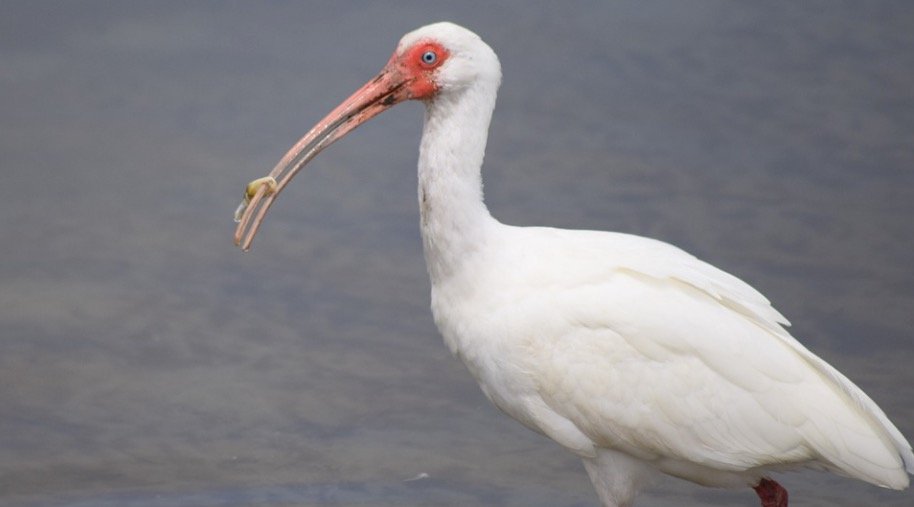 These birds are voracious predators, meaning they’re going to eat almost anything as long because it is edible. However, they’re mostly carnivorous, eating insect larvae, worms, shrimp, beetles, grasshoppers, tiny fish, and soft crustaceans. These birds do eat algae and aquatic plants once in a while , but they do not structure an outsized a part of their diet.

In many places in the world, ibis species are common and plentiful. Some, nevertheless, are deemed endangered. The International Union for Conservation of Nature (IUCN), for example, has listed the hermit ibis of Northern Africa and the Middle East as endangered.

This species used to be found all through central and southern Europe, Algeria, and Turkey, but now it’s only found in Turkey and Morocco. The Nipponia nippon, an species of ibis referred to as the japanese or crested ibis, was on the purpose of extinction at the top of the 20 th century.

The gigantic ibis, dwarf olive ibis, Waldrapp or northern bald ibis, and white-shouldered ibis are among the species identified as critically endangered. There are 28 species of ibis that are extant or presently live in the world.

Six species became extinct, including two flightless birds—the Hawaiian apteribis and therefore the Jamaican xenicibis, which possessed club-like wings. Depending on their environment, ibises are preyed upon by a variety of predators.

Birds of prey, monkeys, crows, snakes, and iguanas are all common ibis predators. Intense hunting, draining of wetland habitats, pesticide usage, and commercial logging of nesting places are all factors that may have a detrimental influence on population levels. Ibis eggs and babies frequently fall out of nests as well. 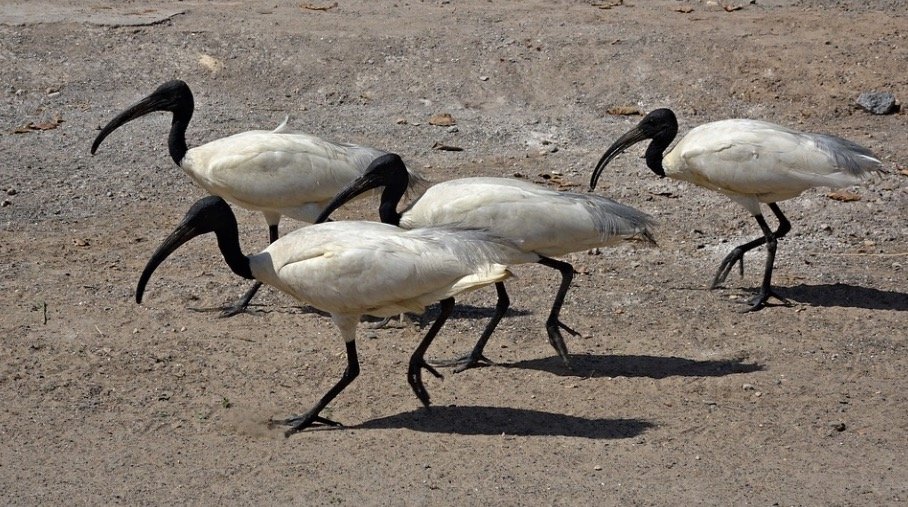 Ibises live somewhere between 16 and 27 years on average. At least 16 years and four months have passed since the oldest white ibis was discovered in the wild. In 1956, the bird was tagged in Alabama, and in 1972, it was spotted in Florida.

The breeding season varies counting on the species, location, and other variables. Individual ibis flocks get together to make massive breeding colonies when it is time to breed. These generally peaceful birds become a lot louder during the breeding season.

To attract the eye of potential mates, they create seems like wheezes and squeaks. Some ibis species mate with an equivalent partner year after year, while others mate with a replacement spouse annually.

Using reeds, twigs, and grass, the male and female ibis construct the nest for the eggs. When the eggs arrive—three to 5 are deposited every season on average—both parents alternate incubating them.

It takes three to four weeks for the incubation phase to start . Both parents then look after the chicks. The ibis, whether male or female, eats and then repeats the process.

To get the food, the chick reaches its head into the parent’s mouth. Ibis chicks can start fledging anywhere between 28 and 56 days after they’re hatched.

After that, it always takes another one to four weeks for the birds to be entirely self-sufficient. Some ibis species, on the other hand, stay with their parents for even longer lengths of time.