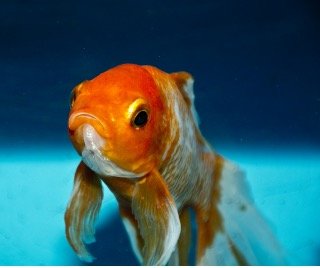 Both goldfish and koi make fantastic pets and are entertaining to observe. Naturally, whether one is best depends on your preference and your ability to meet their needs. Goldfish are typically smaller and less work to keep, feed, and care for. You don’t need any outdoor area to keep them; they can even live happily in a tiny aquarium inside your house.

In contrast, koi require a sizable outdoor pond and an expensive filtration and aeration system in order to survive. The costs can pile up rapidly as you need more space and water to accommodate more koi.

Koi require a great deal of care because of their long lifespans, and they often cost far more to maintain and feed than goldfish do.

When they’re young, wild, and free, koi and goldfish resemble one another so much. However, things start to alter as kids become older.

The shape of their bodies is where Koi and goldfish most significantly diverge. All koi are nearly the same size, however goldfish are typically broader and look more like eggs. However, depending on their traits, most goldfish have a variety of body kinds and shapes. Their eyes are rounded and protruding, and they have a tail with dorsal fins.

Koi, on the other hand, have a typical body shape with their fins and tail attached that never changes regardless of their type. The most intriguing feature of koi is that they have the same body size despite having various color varieties, which astounds their owners.

Koi fish and goldfish have distinct colour differences that are more noticeable. Koi exhibit a wider and more dramatic variety of hues than goldfish, which explains why. This might be because koi fish, which also exhibit red, orange, yellow, black, and white hues along with metallic ones, are descended from common carp. Due to its selective breeding, Koi’s patterns are more distinctive.

The amusing thing is that both Koi and goldfish mature by the time they are two or three years old. Their lifespans are distinct from one another, nevertheless. Goldfish have a life expectancy of 5 to 10 years, depending on pond conditions and nutritional analyses, whereas koi fish are thought to live for 25 to 35 years or more.

Koi fish and goldfish are very similar in terms of food issues. They both eat a variety of foods and don’t have a regular stomach, thus food goes straight from the mouth to the intestine.

However, because Koi come in a variety of sizes and body shapes. Every size of Koi Feeding is catered to, from food sticks to pellets. Additionally, Koi fish have a ravenous appetite and may consume other little fish in the pond.

Koi don’t perform well in aquariums, as I’ve already mentioned. They are designed from birth to flourish in garden ponds with a capacity of 1000 gallons, at least 2 feet in depth, and at least 200 gallons of water per fish.

Koi therefore require a suitable pond with ideal water quality and level. Koi should be raised in ponds, as long as the oxygen levels, diet, and water quality are of the highest caliber.

On the other hand, goldfish, especially the fancy types, which are slower and less skilled than the normal goldfish, are content and healthy in aquariums.

While goldfish have more options in terms of structure and finnage, koi come in a broader variety of patterns and colors. Both fish species can live in ponds, albeit the larger Koi require more depth and water volume and produce a heavier bioload. While Koi and goldfish with lengthy bodies do well in a pond, fancy goldfish are small enough to thrive there.

Generally speaking, koi are more expensive to purchase and require more maintenance than goldfish, while both are ideal for beginning fish keepers.