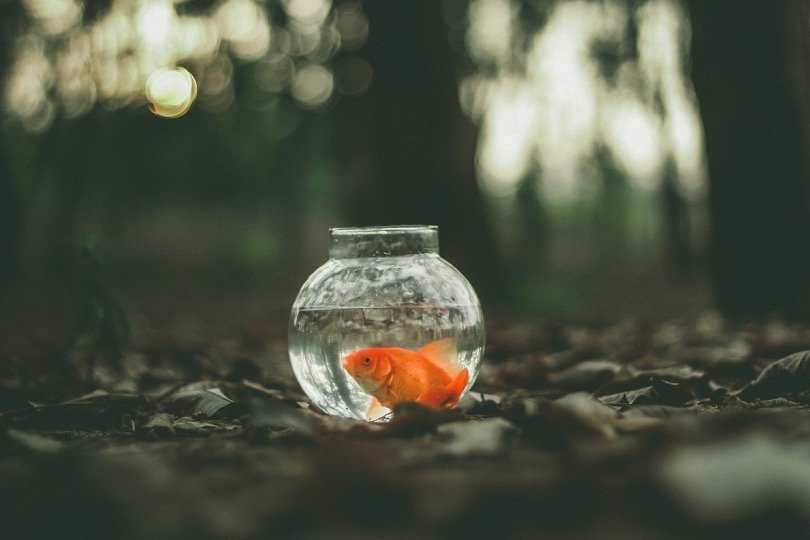 Whether you’re brand-new to the realm of keeping goldfish or have been doing it for years, you’ve probably heard some generalization about the size of tank that goldfish need. The two most typical seem to be 20 gallons for a single fish with an extra 10 gallons for each new fish, and 1 gallon for every inch of fish. The fact that you keep a goldfish in a 10-gallon tank may have even led to some people accusing you of abusing the fish or urging you to get rid of it. The good news is that those “rules” are no longer applicable and are not supported by research, but for some individuals, that just adds to the confusion of deciding what size tank to purchase for a goldfish.

How Important Is Goldfish Tank Size?

The easiest response to this query is that other factors of tank maintenance are more crucial than tank size. If you recently purchased a feeder goldfish from a pet shop or fair, your fish will be content in a tank smaller than 10 gallons. You’re probably dealing with a fish that is much too big for a 10-gallon tank if you recently adopted a 10-year-old goldfish from your friend’s pond.

It’s possible that you’ve heard that goldfish can only expand to the size of their surroundings. Surprisingly, science tells us that’s largely accurate. Some growth-inhibiting hormones are released by goldfish, which accumulate in the water and basically instruct the body of your goldfish to stop growing. These hormone levels will rise the more goldfish you have in a given area.

This does not imply that you should keep your goldfish in a 1-gallon bowl for the whole of its life, but it does indicate that it is highly unlikely for a little goldfish to grow to be 12 inches long in a 5-gallon tank.

What Does the Tank Need for My Goldfish?

Filtration Goldfish have a high bioload, thus even in big tanks, their waste can accumulate quickly. Your best option for effective filtration is going to be a filter that is rated for tanks bigger than the tank your goldfish is housed in. Although you cannot under-filter the water, you cannot over-filter it either.

Swimming Space Goldfish prefer long tanks over tall tanks because they like to swim in large lengths. The ideal tanks for goldfish are typically rectangular, though certain cube-shaped aquariums can also be effective.

Typically, round bowls and tanks do not offer much room for extensive swimming. The additional items you are adding to the tank should also be taken into account. If you put a filter, plants, and other accessories in a small bowl with a goldfish and decorate it, virtually all of the swimming room for the fish has been taken away.

Your goldfish and you both wouldn’t want to reside in a room with four empty walls and nothing to do! With the help of air stones, plants, and different types of décor, you can provide these sociable fish with the entertainment and enrichment they require. Goldfish will never reject an interesting snack, so periodically introducing different items will keep things exciting.

What Problems Can a Too-Small Tank Cause?

In addition to lower resilience from stress from an unfavorable environment, goldfish kept in small tanks with poor water quality are vulnerable to nitrate and ammonia poisoning. When kept in crowded aquariums, some owners see an increase in bullying and fin nipping among their goldfish. If faster or larger tank mates are stealing all the food first, not having adequate space might also cause certain fish to miss out on food. In overpopulated areas, illnesses can spread quickly, especially if there is poor water quality or minimal oversight to look out for disease signs and symptoms. Your goldfish’s lifespan will be shortened by a shoddy tank that is overly tiny.

There is no “one and done” guideline for the size of tank you should keep your goldfish in, but if you decide to maintain your fish in a small or crowded tank, there are certain considerations you should make. With the right care, goldfish are resilient fish that can live for many years. There is nothing wrong with keeping goldfish in micro tanks as long as you are maintaining the habitat for your fish, which is becoming more and more common. The best chance for your goldfish to have a long, happy life is to give them a healthy habitat!