Snakes are the marmite of the animal kingdom – you either love them or hate them. You should also fear a few of them. All in all, you should certainly learn plenty of interesting facts about snakes, especially if you plan to become a master of trivia competitions! We are here to help! 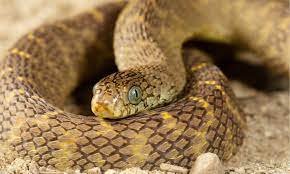 This is one really cool fact about snakes you probably had no clue about. Snakes are solar-powered because they rely on external heat and light. They are technically labeled cold-blooded but the right term we ought to use is ectothermic. This means that their body temperature is variable and regulated by external sources. Reptiles, use sources of heat like the sun to warm up.

Unlike other reptiles such as lizards, snakes are carnivorous. They only eat meat (i.e. other animals) or animal eggs. Many snakes are opportunistic feeders so they will vary their diet based on what prey is available.

Smaller snakes such as the ring-necked snake eat earthworms, slugs, and amphibians. Larger snakes such as the green anaconda can eat mammals as large as deer and pigs! In captivity, most owners feed their snakes mice, rats, or rabbits depending on their size. The size of a snake restricts the size of the prey eaten.

4. They do not have eyelids 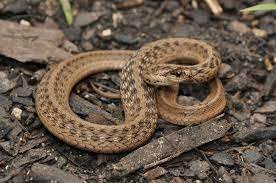 We, humans, have eyelids but snakes, not so much. They look creepy for a reason to us. They do not blink and they sleep with their eyes open. The catch here is that instead of the lids, they have a thin screen or a membrane that protects them, and is known as brille. 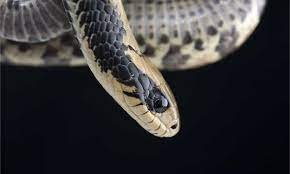 4% of pet owners have snakes in the United States. In 2012 a survey of houses in the U.S found that over 1,150,000 people kept snakes. That number is expected to grow rapidly as keeping reptiles is very popular with millennials. The most popular pet snake is the ball python. Ball pythons are known for their docile nature, ease of care, and morph variety. Another favorite is corn snake morphs that are smaller than pythons but just as friendly.

7. They smell through their tongues

Yes, you read that right! Snakes do have nostrils but the smell is not what it is used for. These reptiles smell through their tongues. They use what is called Jacobson’s organ on the roof of their mouth. You may have noticed that they have a forked tongue and each side has multiple receptors that pick up different amounts of chemical cues.

An interesting snake fact is that in the winter many species that live in colder climates hibernate. As the temperature cools down in the fall snakes seek out refuge and shelter known as hibernacula. Similar to how bears hibernate in caves, snakes hibernate in old animal burrows, fallen logs, or manmade structures. Some snakes such as the blue racer are known to hibernate with other species and return to the same spot each year. During hibernation, their metabolism slows and they go into a period of dormancy where they will not eat or drink. In the spring as the weather warms up they emerge from hibernation and resume normal activities.

9. They Can Drink Water Without Lips 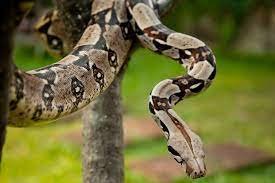 Most people are confused by how snakes drink water because they do not have lips. However, most species drink water the same way as humans. They use their mouths to create suction that forces water into their throats. In order to keep water from spilling out, they create a seal with their mouths. Creating a seal can be tricky for a species without moveable lips! Some snakes have evolved special skin folds in their lower jaws to absorb water like a sponge. This way of passive drinking takes up less energy than trying to suck up water.

10. Not all snakes lay eggs

Mammals lay eggs but in snakes, only 70% of them do and other snake species do not. The snakes that live in colder regions give live birth because the eggs will not survive in that weather.

11. They Can Survive For Months Without Eating

Snakes are masters of waiting for food. They can limit their resting energy consumption because they are cold-blooded. This means they avoid digesting their vital stores of protein needed for survival. Some species can decrease their metabolism by up to 72%.If mammals are deprived of food it quickly begins to damage their organs. Amazingly some snakes can go for over one year without eating. In the wild, this ability has helped snakes adapt to such a wide range of habitats and become successful predators. Pet snakes in captivity should be fed regularly. It is a common mistake to not feed them based on a routine. 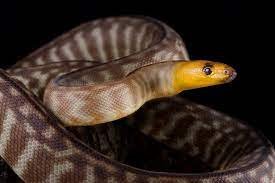 Snake venom contains toxins that help immobilize, digest, and defend against prey or threats. Once expelled, it targets different bodily functions, such as sight, breathing, or red blood cell production. Snake venom is typically composed of 20 different compounds of proteins and polypeptides.

13. Dreams about snakes have both negative and positive meanings

Snakes in dreams can symbolize many things, such as fear, hidden threats, subconscious, and sexual temptation. However, your dream about snakes could also represent healing, transformation, and creativity. How’s that for snake facts?

Snake droppings appear tubular and cord-like, which is similar to some birds’ waste.

15. There are no snakes in New Zealand

Since the beginning of time, New Zealand’s geological climate underwent several periods of glaciation, which made it too cold for snakes. Similarly, you wouldn’t find any snakes in Iceland, Greenland, Newfoundland, Ireland, and Antarctica.

16. There is an island in Brazil that only has snakes 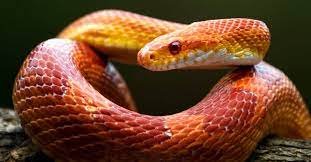 The Ilha da Queimada Grande sits between Brazil and the Atlantic Ocean. More commonly known as Snake Island, it houses a snake population of 5 snakes per square meter. Whether or not that’s something you want to witness yourself, the place is off-limits to tourists since the last golden lanceheads thrive on the island.

17. Snakes Hiss As A Defense Mechanism

The hiss of a snake is not easily confused with another sound. The most common reason for why snakes hiss is as a defense mechanism.When disturbed most snakes will first try to slither away and find cover. If this fails they may hiss, curve their bodies, or strike. Hissing lets their attacker know they will strike. The hognose snake is characterized by its noisy hiss. Puff adders are known for their unmistakable threat display. Before striking they will inflate their bodies and hiss loudly. 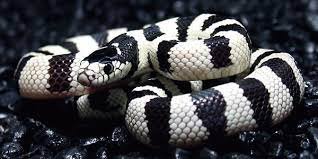 Asking how big snakes get is not a simple question. Any enthusiast knows that snakes can come in a huge range of sizes – even among popular pets like the Kenyan Sand Boa and Mexican kingsnake. In the wild size differences among species are extreme. The longest snake in the world is the reticulated python, the largest recorded individual being nearly 33 feet long. Because of their size, reticulated pythons can eat wild hogs, deer, and bears. A Barbados threadsnake is the smallest snake in the world and measures just ten centimeters.

19. Snakes Are Venomous Not Poisonous

Sometimes snakes like copperheads and vipers are referred to as poisonous. This is a misnomer. Snakes are actually venomous. An animal is considered poisonous when eating or touching it makes you sick (e.g. toads). An animal is venomous if being bitten or injected makes you sick (e.g. snakes, jellyfish, and spiders). Most snakes that are considered dangerous to people are venomous. There are some very rare species that are poisonous. The Japanese grass snake eats toads and stores their poison in special glands behind its head. If threatened it secretes these poisons to deter predators. 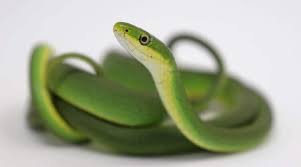 The first scaleless snake was found in 1942. Discovered in the wild, the western garter snake was the first to start the trend of domesticating these creatures. Many seek scaleless snakes for their striking colors due to the absence of scales. Surprisingly, they still function the same as their scaled counterparts.

The flying snake is a species native to Southeast Asia distinctly named for its ability to glide through forests. The Chrysopelea climbs trees through special scales on its belly, where it launches itself off once it reaches the top. It then curves its body and stays in motion to keep itself in the air and land safely. Flying snakes can reach distances of 100 m with minimal effort compared to traveling on the ground.

The average inland taipan delivers 44 mg-110 mg of venom in a bite. This Australian species holds the record for the most venomous snake. A dose of the inland taipan’s venom can kill 250,000 mice.

23. The Mozambique spitting cobra has a 100% accuracy rate

The Mozambique spitting cobra is another deadly species native to Africa. It is named for its ability to spit at victims over 8 ft away. The cobra can spit from any position, and has a 100% accuracy rate for targets within 2 ft. It usually aims for the eyes with its permanently blinding venom.