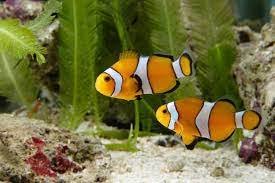 The butterfly telescope goldfish is one of the most exquisite and distinctive varieties of fancy goldfish. This goldfish was bred to a high standard and has beautiful colors and features. Many lovers of goldfish find their variety of colors and patterns appealing. Exotic goldfish, such as butterfly goldfish, are normally only available from goldfish breeders. A butterfly goldfish of show grade will have acceptable colors and proportionate characteristics.

Butterfly goldfish are fantastic for goldfish keepers who have some prior experience with owning and caring for fancy goldfish. Everything you need to know about the amazing butterfly goldfish will be covered in this post.

The early 1980s saw the importation of butterfly goldfish from China to Japan, where the species underwent additional development to produce more distinct designs and hues. This type of goldfish is an adaptation of the well-known telescope goldfish, which has spherical, protruding eyes. The primary characteristic that distinguishes butterfly goldfish from other varieties of fancy goldfish is its butterfly-shaped tail, which, when viewed from above, spreads out to resemble a butterfly.

Many pricey kinds are imported from Asia, bred by US breeders, and then sold to the general public.

What Are the Prices of Butterfly Goldfish?

The cost of many butterfly goldfish specimens can be high. This is because they are not frequently bred for pet stores, so if you want to find a good butterfly goldfish, you might need to get in touch with a goldfish breeder. The price of butterfly goldfish with typical patterns and colorations can range from $20 to $80. When combined with the cost of the goldfish, shipping can cost as much as $60, which is more than other goldfish are typically sold for.

The gentle fish known as the butterfly goldfish have little problems with hostility. They prefer living in communities with other fancy goldfish and can form strong bonds with their keepers. The slow-moving butterfly goldfish wants a big environment. They can even live in indoor or outdoor ponds, however, small tanks make them quickly stressed. They rarely fin nip and don’t pay much attention to other fish. Heavy butterfly goldfish are more prone to swim a few inches above the aquarium’s bottom and may take frequent breaks.

The egg-shaped body of the butterfly goldfish is small and stubby. They are joined by a pair of telescopic eyes, and the head is bigger than the body. When kept in vast amounts of water and given the correct care, they often reach a height of 6 to 8 inches.

The average lifespan is 8 to 10 years, however, well-cared-for butterfly goldfish have been known to live up to 12 years. The distinguishing trait of this species is the butterfly trail. The goldfish’s status is determined by its tail, which should be an appropriate size for the rest of its body.

Can Butterfly Goldfish Coexist in the Same Tank?

Butterfly goldfish should live in a tank designed for their kind. They do not get along with different varieties of shrimp and fish. The finest companions for butterfly goldfish are other ornamental species like pandas, ranches, ruins, fantails, or telescope goldfish.

Never keep them in a tank with tropical fish or crabs. The temperatures are drastically different, and when the goldfish become big enough, they frequently eat their smaller tank companions. Large apple snails make wonderful aquarium mates for butterfly goldfish. The goldfish will consume smaller snails, which puts them at risk of choking.

Due to their omnivorous nature, butterfly goldfish need a diet that is high in both plant and animal-based protein sources. It is advised to eat a portion of high-quality food as a staple diet and to give living foods and supplements as snacks.

A butterfly goldfish’s diet high in protein might cause digestive issues including constipation. They need a lot of plant and algal components to help with digestion and reduce the possibility that they will get bloated. They may experience issues with their swim bladder organs and become unstable in the water if they have too much bloat.

Butterfly goldfish are a fantastic alternative for a stocking if you are willing to maintain a sizable tank with a filter and aeration system. They will give many domestic tanks or ponds personality and color while offering a captivating perspective from above and to the side.

Butterfly goldfish can also be put in tanks that are already filled with beautiful goldfish. They will get along with a variety of goldfish varieties and take pleasure in the companionship.