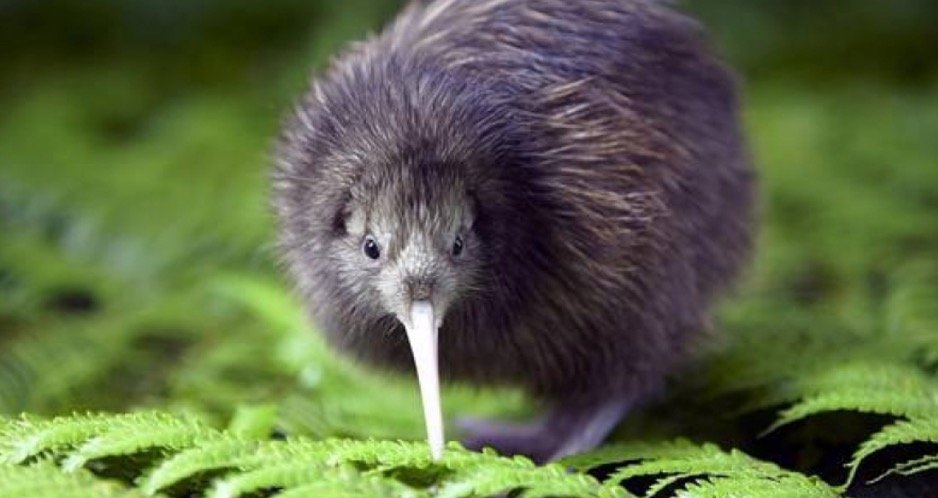 A Kiwi is an omnivorous creature belonging to the Animalia family, phylum Chordata, class Aves, order Struthioniformes, and family Apterygidae. Its genus is Apteryx. Its height is up to 9.8 to 17 inches, it weighs up to 2.6 to 7.3 pounds, and it has a wingspan of an inch, with a lifetime of up to 8 to 12 years.

A Kiwi is a bird that feeds on insects, worms, spiders, and fruits. The round body and long, sharp, straight beaks are the most distinctive characteristics. Kiwis are preyed upon by foxes, dogs, and cats.

Physical features include brown, grey, and white skin colorations, and feathers on the skin, with a top speed of up to 12 mph.

The flightless kiwi, New Zealand’s national emblem, is one of the world’s most unusual birds. The kiwi evolved in the absence of most major predators, filling a similar ecological niche as many other terrestrial mammals, as evidenced by the kiwi’s structure.

Their bones, like those of many animals, are packed with marrow. They rely on their senses of touch and scent to navigate the world. Their silky feathers have a similar sensation to fur.

Despite significant conservation efforts, this species is in jeopardy of going extinct. This woodland bird favours steep slopes and marshes surrounded by dense plants or groups of threes.

Many species have been restricted to the tiny outlying islands, while they were formerly prevalent throughout mainland New Zealand. These birds do not build nests in any way. Instead, it uses its keen claws to dig tunnels in the earth.

Kiwi populations have plummeted since their peak, and despite conservationists devoting enormous efforts to restoring them, they are still declining across much of New Zealand. A small spotted kiwi is a success storey. This species is said to have reached a low of only five individuals in the early twentieth century.

• The kiwi bird is one of the oldest forms of birds still alive, having developed 30 million years ago.

• The kiwi has the lowest body temperature of any bird known.

• The kiwi has a highly developed sense of smell, which is one of the most astonishing features. It is the world’s only bird with nostrils at the tip of its bill. If the kiwi’s nostrils become clogged with dirt, the kiwi can sneeze to clear the blockages.

• One of the rare birds with a functional pair of ovaries is the female kiwi bird. Most birds have only one ovary.

Apteryx is the etymology of the kiwi. This comes from a Greek word that means “without wings.” “A” stands for “without,” and “pterux” stands for “wing.” There are five recognised species, all of which have the same overall look and behaviour but differ somewhat in appearance and behaviour.

The kiwi is a ratite, which includes emus, cassowaries, and ostriches, and is a varied and distantly related group of flightless birds. The kiwi, on the other hand, is the sole living member of its order (scientific name: Apterygiformes). 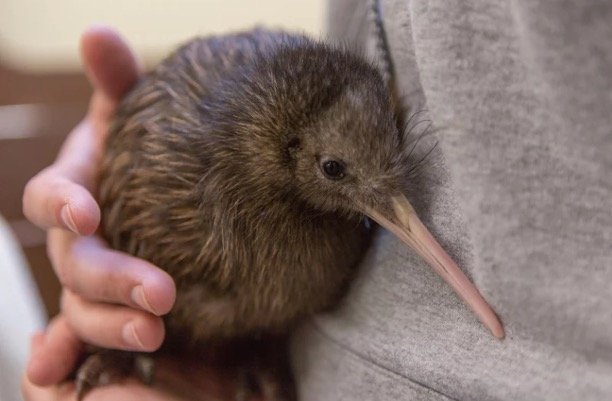 With a spherical body, a long, narrow bill, muscular feet, drastically shortened wings with claws at the end, tiny whisker-like feathers around the face, and brown or grey plumage that nearly resembles fur, these are unusual-looking birds.

The brown kiwi is the biggest species, at 25 inches tall and weighing up to 11 pounds, or almost the same size as a farmed chicken. Males are significantly bigger than females, but otherwise they seem the same. The kiwi is a strongly territorial bird that keeps a firm grip on its land and does not readily accept trespassers, even while travelling in the company of other members of the same species.

If another bird ignores its warning call to keep away, it may retaliate by striking with its feet. The bird uses a variety of sounds to communicate, including shrieks, clicking noises, and ascending and descending whistles.

The bird curls up in a ball and naps in its burrow throughout the day. The bird sticks its head out at night to scent the air for predators. If the coast is clear, it will come out and begin looking for food.

During the twilight to morning hours, the bird feeds. The kiwi uses its strong scent to locate prey, which it subsequently catches using the highly developed sensitive pads on its bill. Worms, grubs, berries, and seeds make up the bird’s diet.

For millions of years, the kiwi has encountered few challenges in the wild. However, the advent of the first people on the island hundreds of years ago signalled the start of the kiwi’s demise.

With the entrance of Europeans, who cleared great expanses of forest habitat and introduced cats, weasels, stoats, and ferrets to the island, this process intensified. Because the kiwis were unprepared to deal with the new mammalian danger, their numbers began to drastically decline.

Four of the five kiwi species are now threatened with extinction. Only the small spotted kiwi is on the verge of extinction. The sole predator of the kiwi before the arrival of humans was the now-extinct laughing owl.

However, after carnivorous animals arrived on the island, they feasted in vast numbers on the fragile kiwi chicks and even adults.

The kiwis have a fascinating mating ritual every year between March and June. The pair meets in the nesting burrow every three days after calling out to each other, and the males produce a characteristic purring sound during copulation.

The kiwi creates tight breeding pairs that normally stay together for life until a more attractive companion appears. The kiwi produces the biggest eggs of any bird in relation to its body size, which is one of the most remarkable facts.

The eggs of a kiwi are around six times the size of a chicken’s egg, despite the fact that the kiwi is about the same size as a chicken. The kiwi can only lay one egg at a time due to its size, but the female may develop a second egg many weeks later before the first one hatches.

The eggs are incubated by the male alone. When the chicks break free from the egg and push out the shell, they are completely independent and feathered.Because the parents play such a minor part in feeding their children, the chicks must eat from the yolk sac for the first ten days of their lives.

To deal with the wet subterranean burrows, the eggs are also antibacterial and antifungal. Even while the birds will soon be able to forage on their own, some will opt to remain with their parents and assist them in raising the next generation of young.

These birds have had a difficult start in life. Approximately 90% of wild kiwis perish during the first six months of their lives, usually as a result of predator assaults. When pests are missing from a region, baby kiwis have a far better chance of surviving.

Males acquire sexual maturity at the young age of 14 to 18 months, whereas girls require two to three years longer. If they make it through adolescence, the bird can live for 50 years in the wild and 30 years in captivity.