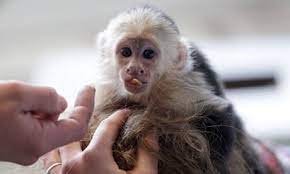 Primate requirements are quite particular. To begin, just figuring out what they require to eat is a full-time job in and of itself, from fresh produce to protein to vitamins. Plus, even if you succeed, they, like all animals, will occasionally become ill no matter how well you care for them. If yours gets harmed or ill, who do you contact? There is a shortage of veterinary clinics that focus on treating exotic animals. The extra monetary investment is required. They require a huge amount of room as well.

If you have a monkey, you need a lot more area than your backyard can provide. You’ve probably admired the size of the enclosures used by some zoos, despite the fact that some of them have gotten in trouble for failing to provide adequate space for the animals in their care. 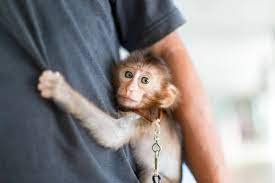 It’s possible that monkeys and other primates are prohibited as pets in your area. Even though owning a monkey is permitted, you may need special permission from the government. Permit holders’ homes may be inspected periodically to guarantee adequate services and amenities. Having a monkey around the house could also lead to increased liability coverage requirements or even a cancellation of your homeowner’s insurance policy by some insurers. But if your monkey bites someone and you don’t have insurance, you might end yourself in serious trouble. Monkeys and humans share close biological similarities, making them vectors for a variety of diseases. Furthermore, it might be challenging to maintain a healthy monkey in captivity. Monkeys, for instance, have specific dietary needs that necessitate elaborate, time-consuming preparations. Since many monkey owners provide their pets with inadequate nutrition, diabetes is a widespread health problem among their monkey pets. This disease is only one example among many that you and your veterinarian must keep an eye on.

It’s not as obvious as it formerly was, yet even though we share a primate ancestry with monkeys, our modes of communication are remarkably dissimilar. Nonverbal cues like eye contact or a smile could be misunderstood as aggressive overtures by some animals. The monkey may develop an aversion to particular people, so it’s probably not a good idea to ask friends, family, or neighbors to watch it while you’re away for the next three decades at least.

The human should not be startled by the monkey’s undesirable behavior if the monkey is treated like a pet instead of a wild animal. It is neither reasonable nor probable to assume that a monkey will adopt the values of human society.

Monkeys are messy and smelly 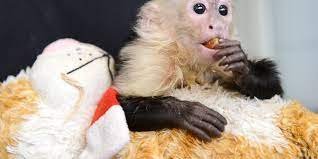 No offense intended, but monkeys have a very offensive odor. The musky smell that marmosets and other apes emit is particularly offensive to human nostrils. Certainly don’t keep them inside! An animal from the wild will inevitably make a huge mess inside the house by defecating and urinating everywhere.

Attempts to house-train monkeys in captivity frequently involve the use of diapers, which has its own set of ethical concerns (see next point). Nappy restraints on muscle growth can prevent monkey tails from developing naturally, even if you could persuade your monkey to wear one (which some will understandably refuse to do).

Owning a monkey is controversial 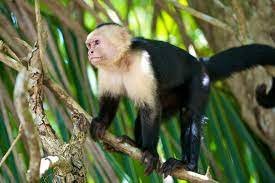 Due to the haziness of the regulations around exotic pet ownership, primates are widely available for purchase online and in certain brick-and-mortar pet stores. So, while it is not technically illegal to own a monkey in the UK (under certain conditions), doing so is contentious.

The RSPCA is among the organizations advocating for a ban on the sale and ownership of primates as pets. Moreover, there is a logic behind this. In order to ‘tame’ a monkey for a pet, it must be removed from its mother at a very young age. Because of this, not only is the newborn monkey being cruelly treated but so is its mother, who will have to endure this ordeal repeatedly. So, even if you are able to live with that on your conscience, you shouldn’t assume that everyone else will.

Monkeys can be dangerous 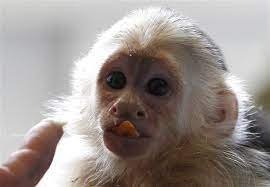 If you’re a primate and you’re lonely and miserable, you might take things a step too far. It’s possible for monkeys to become aggressive, either toward their human caregivers or toward other people. That is so because they are trying to establish themselves as the superior party. Therefore, even if they have formed a link with you (which, as we have indicated, isn’t a patch on another monkey), they sure as heck ain’t going to allow another human to steal their perceived place in the pecking order. Do you truly want to be the monkey’s one and only buddy, leaving your loved ones and guests defenseless?

Also, know How to Take Care of a Pet Crayfish

Also, monkeys kept as pets pose a health risk since they can spread disease. You may not even notice that your pet is carrying a disease until it is transmitted through an open wound. This can lead to everything from well-understood but unpleasant illnesses like herpes to brand-new and potentially catastrophic health problems. Really, what else can we say?

As a general rule, monkeys do not make good pets. Some, for a while, can be pretty palatable. However, monkeys can cause too much trouble and require too much human attention to be suitable house pets. When considering apes, these concerns are just as crucial (chimpanzees, orangutans, and gibbons). Simply put, humans and other primates don’t get along very well.