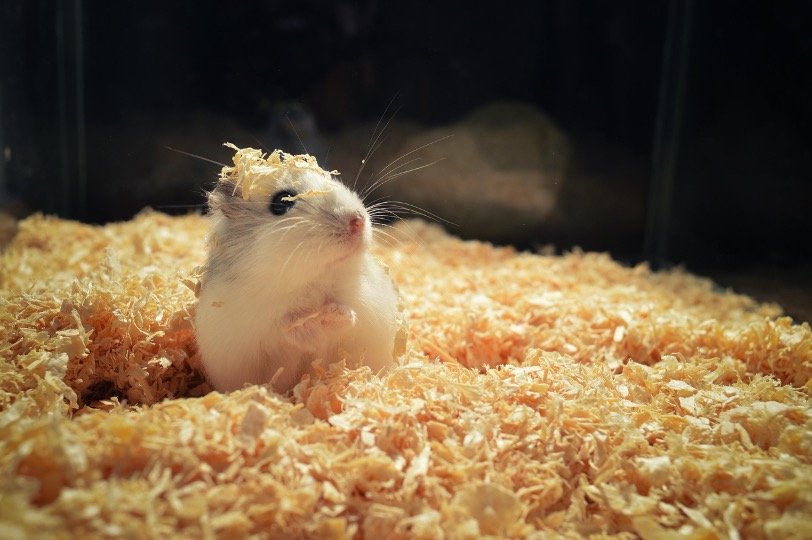 Hamsters are rodents. They belong to a subfamily of Cricetinae, which contains about 19 species that are classified into 7 genera. Hamsters are one of the most popular and preferred pets. They are cute, cuddly, and soft. They also do not demand a lot of maintenance.

But all hamsters are not domestic pets, some of them live in the wild just like lions, snakes, and tigers. They do not enjoy the safety of safe and protected habitats. They are also not fed with a proper diet and food and they do not have toys or wheels to play with.

Overall they do not have a protected and well-served survival. They have to work hard for their survival, food, shelter, and the water that they consume.

Also, know How Much Are Hamsters at PetSmart?

Originally hamsters are native to China, Belgium, Romania, and Greece. But they were discovered for the first time in Syria in the year 1930 by a Jewish Biologist named Israel Aharoni.

Syria is a country with warm and dry climatic conditions. So wild hamsters burrow underground in order to escape the scorching heat and hide from predators. There are about 20 species of hamsters in the wild. But some of them are endangered.

Wild hamsters were first domesticated for laboratory researchers. They were considered laboratory animals. Hamsters are very easy to domesticate and they can be tamed in about a few days.

As we read above wild hamsters are indigenous to places where the winter months are not too cold. Like in Syria and China. So generally wild hamsters do not hibernate. They do not have the need to hibernate during winters as winters are very survivable in such areas.

If you have a pet hamster or if you have seen a pet hamster, you might have noticed them sleeping deeper and longer in the winter months. They usually come in a state of torpor once the temperatures get colder. Torpor means a state of mental and physical inactivity or simply lethargy.

When do Hamsters hibernate?

As we discussed above wild hamsters do not hibernate due to the natural climatic conditions of their habitat. But domesticated hamsters are usually found in places where they are not indigenous. So the pet owners might notice their hamsters sleeping patterns change.

When a hamster is in a state of torpor, its body temperature decreases, which conserves energy. Its breathing and heartbeat also drop. Your hamster can remain in torpor for a few hours to about a day.

Is my hamster sick/dead or in torpor?

This happens because when they are in a state of torpor their breathing and heartbeat drop. To see if your hamster is in torpor or not, touch it slightly, hamsters in this state will feel cold to touch. In a reaction, their whiskers will twitch a bit.

When they are in a torpor state they are unresponsive. It can be hard to tell if they are breathing or not since their breathing rate is much slower than usual. The most effective way to tell if a hamster is dead or not is to check for Rigor Mortis.

Rigor Mortis is when the body gets stiff and rigid after death. To check if your hamster is rigid and stiff. If your hamster’s body is soft rather than stiff it is just in torpor.

What should you do if your Hamster is in torpor?

You don’t have to worry about your hamster being in a torpor. It’s pretty normal for domestic hamsters to hibernate during the colder temperatures. Things you can do for your hamster are:

Also, do not try to shake your hamster to get them out of torpor. This is extremely important for you to remember as shaking them during torpor can be very dangerous.

Hamsters usually get out of a torpor in about 2-4 hours. They start shivering, this helps them to increase their body temperature. Also do not worry when they stumble a little while walking at first, it is completely normal for them to stumble after getting out of torpor.

If your hamster is not coming out of torpor and it’s been a couple of days you should consult a vet.

Let us take a look at some fun facts about hamsters: