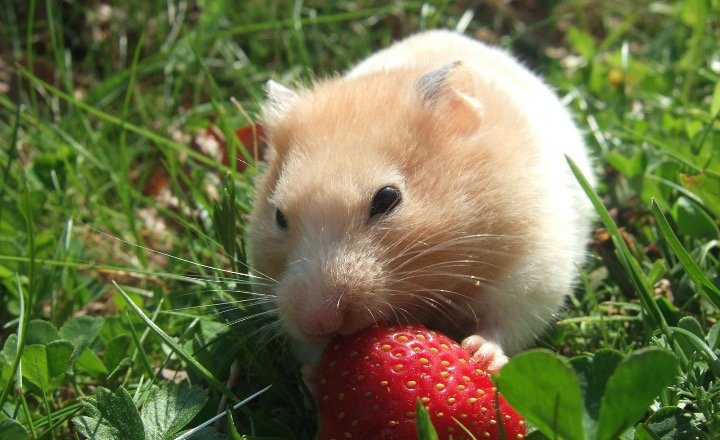 Where do Hamsters live in the wild?

Hamsters are the cute little animals that are always loved by children and they want to keep cute hamsters as their pets. These hamsters live in the will and some of them are brought to the stores to sell them.

Hamsters are originally wild animals and they were not domesticated till 1939. In homes, they live in a small room or a cage but in the wild, they generally live in wild dunes, forests, or the edge of deserts.

Living in the wild, hamsters dig tunnels and they live in those tunnels to protect themselves from other animals and the changing climate. So let’s find out where the hamsters live in the wild.

Hamsters are little creatures having small bodies and tiny ears with short tails. They have a wide variation in fur on their body with a little shade of white, brown, yellow, grey, and a mixture of these colors. Hamsters don’t like to wet their fur as this could be harmful to their life.

These tiny little creatures are gentle by nature but can be dangerous with their bite. A domestic hamster enjoys food like nuts, seeds, or whatever the owner provides them but those in the wild depend on lizards, frogs, seeds, and different types of small insects.

Hamsters belong to the class Mammalia and there are 24 species of hamsters. The most general ones which are found to be kept as a pet are Syrian Golden hamsters scientifically known as Mesocricetus auratus, the other one is Chinese hamsters, Campbell’s or dwarf hamsters, Djungran or winter white Russian dwarf hamsters, and Roborovski hamsters.

Where do Hamsters live in the wild?

There are a total of 18 species of hamsters who live in this wild. They all are spread over different places like Belgium, Greece, China, Romania, and parts of Syria. Wild hamsters live in desert areas. Some kinds of hamsters prefer to live in groups and therefore enjoy each other’s company.

They sleep during the day in burrows and homes which they make themselves. They stay protected from the predators in burrows, especially at night. Their underground tunnels also protect them from the extreme temperatures at the ground level.

Different species of hamsters and where do they live

These dwarf hamsters live in desert areas and they are found in the larger region in Northern Asia, ranging from Kazakhstan to China.

These cute little creatures are found in the northern deserts of China and Mongolia.

These little hamsters are found in northwestern China, Mongolia, and Kazakhstan.

These dwarf hamsters live in steppe and semi-desert regions of central Asia. They are also found in China, Mongolia, and Kazakhstan.

These dwarf creatures live in the European areas and an area ranging from Belgium to Russia. These don’t live in deserts, instead, they are found in hedges, fields, and gardens. These European hamsters are not in danger of extinction.

These grey dwarf hamsters range from Eastern Europe to the west of China. They are also seen in the Middle East and Russia.

These gansu hamsters are found in China.

Another species that is the greater long-tailed hamster are also found in the northern part of  China. These are known as pests and they also have the habit of eating crops.

What do wild hamsters eat?

Wild hamsters are omnivores and therefore they feed on smaller animals and insects. They eat a variety of things they find in the wild forest or desert. Their main diets are grass and seeds which can be easily accessible to them.

And when they find insects or lizards, frogs, etc they feed on them. Hamsters living in the wild are not so choosy therefore they can consume anything they find to eat.

What do pet hamsters eat?

Hamsters can consume anything that a human eats. You should always treat your hamsters with healthy food. You can give them fruits, vegetables, nuts, seeds, yogurts ( the homemade ones), etc. So here are some of the food lists you can give your hamsters instead of junk and flavored cheerios:

Hamsters that live in the wild have less life expectancy than those who are domesticated in the house because they cannot keep themselves safe from predators every day. Therefore there are only a few wild hamsters left now. Wild hamsters cannot adapt to the unique challenges caused by climate change, other animals in the wild lead to the exception of these cute little hamsters.