Hamsters are adorable, little, fluffy rodents that make wonderful house pets. They’re easy to train because they’re social and friendly. Loving pets, enjoy kissing or cuddling with their owners as a way of expressing their love. To show their love and affection, like any other pet, they’re known to lick their owners. However, they may lick if they are dehydrated and so lacking in salt. A hamster’s constant licking can be caused by a lack of proper nutrition and care. Hamsters may lick you as a sign of affection, but if they do it excessively, they may be suffering from a salt deficiency.
My dwarf hamster licks me for no reason.

All animals, including hamsters, require salt to survive. Low salt levels can affect everything from muscles to the nervous system, as the body relies on it to send electrical impulses correctly. Don’t worry about it. Hamsters are known to engage in this type of activity on a regular basis. It’s their way of showing how much they care and how much they love you. Keep an eye out for any signs of illness that your hamster may be showing, such as excessive licking of his cage or surroundings. He could be suffering from hyponatremia or a lack of salt in the blood.

Why does my dwarf hamster lick me? 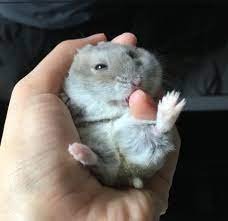 Because salt is so essential to life, the human body has developed a smart mechanism to make sure it gets enough of it. Humans and hamsters alike seek salt when their bodies are depleted of the mineral. Your hamster could be loving the salt that’s on your hands if it’s licking you a lot without stopping. Licking salt from your hand can be as addictive to hamsters as potato chips or french fries are to humans.

Hamsters have been known to lick the fingers of humans as a sign of affection. It’s a simple method of letting you know that they’re aware of your existence. One of life’s greatest pleasures is witnessing adorable little hamsters exhibit their appreciation for you.

Also, know Where to bury my hamster?

Hamsters show their love for you in a variety of ways since they are gregarious and loving. The following are some of the most notable:

Is it safe for a hamster to lick you? 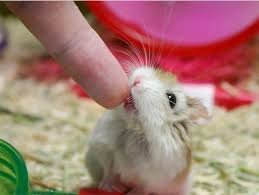 Yes! When a hamster licks you, you are completely safe. They now refer to you as a member of their family. Be sure to thoroughly wash your hands after the hamster has licked you in order to prevent the spread of any infection. Hamsters should not be allowed to lick lotion or other cosmetics that have been applied to the skin. It’s possible that it’ll have negative effects on them.

Rodents, of which hamsters are part, are small mammals. They can transmit leptospirosis, hantavirus, rat-bite fever, and meningitis, much like any other rodents. You may worry if it’s safe for your hamster to lick you after reading this.

It is safe for hamsters to lick you, and that is the brief answer to your question. In most cases, rodents don’t merely carry these diseases; they must catch them from another rodent or mammal before passing them on to you.

It is quite unlikely that your hamster would carry any of these diseases if it is maintained indoors and is not a wild animal. This does not imply, however, that there is no risk.

Dogs and cats might be exposed to infections from infected rodents that find their way into homes. These diseases could be transmitted to you by your hamster.

Pregnant women should not clean out their hamster’s cage because of the low risk, although the CDC advises against it. Pregnant women are advised not to even sleep in the same room as their pet rodents, according to some experts.

Despite these dangers, there is something you can do to make yourself safer. If your hamster licks your hands, you should wash your hands right away to get rid of bacteria that could lead to life-threatening infections.

Before handling your ill hamster, take it to the veterinarian to make sure it wasn’t infected by a diseased mouse or vole.

As soon as you notice any signs of rodents in your home, call in an exterminator. You and your pet hamster could be in danger if they come into contact with them.

What Are The Ways To Stop Hamsters From Licking You? 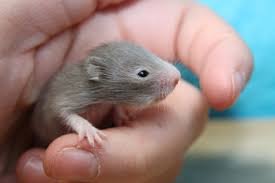 Well, it’s not easy to stop hamsters from licking you, but it’s possible. Hamsters lick to show you their love and affection.

To prevent them from biting or nibbling, you must immediately cease licking them. There are a few methods you can use to keep hamsters from licking you, such as:

Make sure you don’t injure your tiny buddy while you’re at it. When you’re talking to them, keep your cool and be friendly. You can demonstrate your love for them by engaging in playful activities with them.

Can hamsters give kisses? 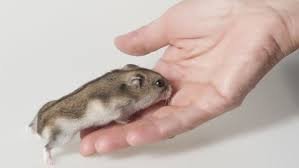 Oxytocin is required by all mammals in order to feel happy and socially attached. Your hamster may get unhappy and lethargic if they don’t get enough oxytocin. You should, however, avoid kissing your hamster because it’s not a good idea. They’ll be delighted, and it’ll strengthen your relationship with them.