Hamsters are sometimes described as “beginning pets,” a derogatory term that indicates they are less valuable and have fewer requirements than other animals, and that they may be used as a “learning experience” for youngsters dealing with their first responsibilities. Speciesism is the mistaken notion that one species is more significant than another. Hamsters are just as deserving of respect as you, a dog, or a tiger, and they, too, have distinct requirements. No such thing as a “starting pet” exists.

Take a look at the top five most typical misunderstandings that potential pet owners have before getting a hamster. 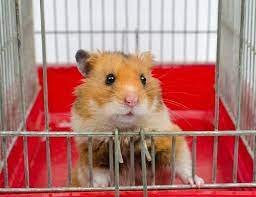 Many people believe that a hamster may be content to live in a small cage with just enough space to walk about and sleep. Hamsters, on the other hand, are busy and curious creatures who require a lot of space to explore. For a single hamster, the cage should be at least 15 inches long and more than 12 inches tall. Anything smaller can limit the animal’s ability to use instincts and express natural behaviors, which might lead to sadness and other issues over time.

Furthermore, the larger your cage is, the longer it takes for it to get filthy and unpleasant. Large cages only require spot cleaning every other day and comprehensive cleaning every 6-8 weeks, as opposed to tiny cages, which require cleaning and washing every week.

When Hamsters Get Sick, They Don’t Need To See A Vet 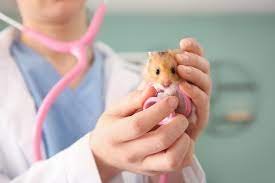 When hamsters become unwell, they do need to see a veterinarian, contrary to common perception. Hamsters, like other pets, age, and with aging comes the chance of becoming unwell at some point. The chance of common hamster ailments is quite high.

Don’t refuse your hamster medical attention, as you would any other pet, and take them to a hamster-savvy vet as soon as possible. Never attempt to heal children on your own; their ailments will not go away without medical care.

The Aggressiveness of Hamsters 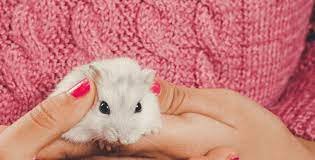 Some individuals assume that hamsters are violent because of personal encounters or hearsay. The fact is that hamsters do not have a natural tendency to be hostile. They will, however, defend themselves, and if they perceive a threat, they may react aggressively.

The hamster should never become aggressive if those who interact with it are calm and gentle, and they do not use force in their interactions. If you pick up a scared hamster or put your fingers in its cage to tease and startle it, the hamster will most likely bite you.

Fortunately, a hamster bite generally feels like a pinch and seldom results in bleeding. It’s crucial to remember that a well-cared-for hamster who is valued by his or her human friends should only express love and devotion.

During the day, they are naturally active

Because people visit them throughout the day, hamsters tend to come out and engage with their human counterparts during that time. In the wild, however, hamsters are nocturnal, which means they hide and sleep during the day and then explore and seek food at night. If they were left to their own devices, this is most likely the routine they would follow in captivity.

However, because the daily patterns of humans in a home frequently influence a hamster’s schedule, most owners observe that their hamsters are at least somewhat active during the day to match their own habits. Keep in mind that sleeping will almost always consume many hours of your time.

Sunflower Seeds Are Hamster Only Source of Nutrition 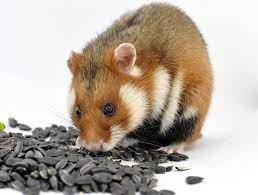 The majority of hamster owners will agree that sunflower seeds are a favorite of their pets. These seeds, on the other hand, are akin to junk food in the human world. If your hamster eats too much of it, he or she will gain weight and acquire obesity-related illnesses including heart disease.

In moderation, you may continue to feed your hamster its favorite seeds. Popular pet shop seed mixes include an excessive amount of sunflower seeds and are deficient in many of the nutrients that hamsters require. In the wild, a hamster eats a variety of fruits, vegetables, insects, and nuts.

Fresh vegetables, chicken (boiled, unsalted), mealworms, and other foods can be added to your hamster’s diet to enhance vitamins and protein.

Their teeth develop in the same way as ours do 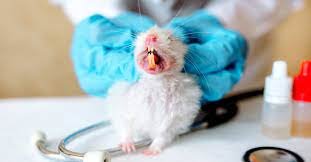 A hamster’s teeth do not develop like ours or those of other animals like dogs, contrary to common perception. Rather than falling out, their teeth continue to develop. To keep their teeth filed and under control, hamsters need something to gnaw on. If a hamster doesn’t have any toys or blocks to chew on, he or she will gnaw on its cages and food bowls to keep its teeth filed down.

As a result, hamsters should have access to toys such as hanging blocks, wooden bridges, and fake pebbles all of the time. Overcrowding can cause dental problems as well as a loss of appetite, which can lead to a number of health problems. If there are plenty of toys available, there’s no need to look at a hamster’s teeth.

Even though hamsters are little, they need a lot of time and work to care for. They, like their other animal companions, require daily attention, exercise, and care. What are some things you can do to help hamsters? It’s vital to understand that a “beginning pet” does not exist. If you or your child is seeking a friend, a hamster may not be the best choice because your youngster will most likely be up and looking to play while the hamster is sleeping.

In conclusion, hamsters are fascinating pets that many people are unfamiliar with. They also have to cope with a lot of rumors and legends. Now that we’ve debunked a few popular hamster misconceptions, we can better understand how to care for these cute little pets so they may have a long and happy life.