Not all hamsters need to have their nails cut. Many people really attempt to achieve this on their own by scratching at objects in their surroundings. Nail overgrowth problems, however, are more common in old and ill hamsters. Young hamsters that are in excellent health might also experience this. It’s not a sign that your pet is ill. It just indicates that they require a manicure.

If you own a hamster, you’ve undoubtedly encountered, or at the very least seen his razor-sharp claws. You may have even felt them if he crouched down on you. However, some hamsters do get overgrown nails, so it’s important to keep them cut to prevent harm to you or the hamster.

When should hamsters get their nails cut? 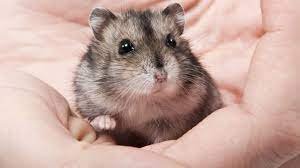 After the hamster’s claws have gotten too long, you’ll see that they are too lengthy and are beginning to bend in on themselves. They might eventually fracture, and they do fall off. If you look extremely closely, you can notice lighter/whitish areas or lines where the overgrown nails are split or broken. The overgrown nails will also become an unpleasant shade of yellow.

Hamsters typically file their nails down as a result of their daily activities. building a nest, scavenging for food, racing around, grooming themselves, climbing on top of rocks, and other activities.

Why should you care about your hamster’s nails?

You might wonder why you ought to think about cutting your hamster’s nails. In the wild, nobody trims them, after all. True, nobody takes care of wild hamsters in that way. But since they have so many rough surfaces to wear them down on, wild hamsters don’t have excessive nails. This indicates that for a number of reasons, your pet hamster will require your assistance.

A painful growing nail will first bend in on itself for the hamster. In severe situations, the nail may begin to grow into the hamster’s paw and curve back toward it. The hamster’s feet will be unable to perform their function, and this will cause pain and infection. 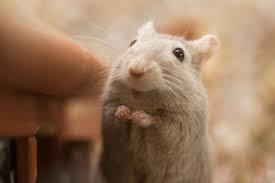 Hamsters with long nails will have difficulty grooming themselves. In order to clean his fur, he also gets hold of it when grooming. Long nails begin to hurt, and because he can’t step normally, even walking becomes difficult.

Also, know Where does a hamster live?

Unmanaged growing nails will eventually fall off. But it’s never an easy or enjoyable process. They fall off as a result of the hamster’s paw action, which weakens the nails close to the quick. As a result, they wind up doing everything they can to help.

The nail won’t just come out; instead, it will hang on for a few days until a new nail form. The hamster finds this to be both uncomfortable and unpleasant because utilizing his paws won’t be simple at all.

For a number of reasons, hamsters’ overgrown claws are problematic. For starters, claws that are too long can easily become stuck to the substrate or other objects. This may result in severe bleeding and the tearing apart of the nails. Long hamster nails that break might also possibly spread infection if they are overgrown. All signs indicate the need for routine claw trimming treatments in all hammies due to the risk of painful tearing and infection. 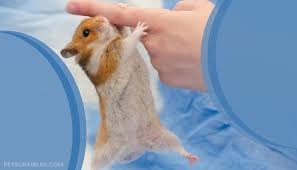 As soon as you see that your hamster’s claws are excessively long, take action. Take your pet to the veterinarian right away so they may be groomed. The veterinarian can also demonstrate how to perform it correctly on your own at home.

Usually, little nail clippers made for human newborns are helpful for the job. The veterinarian can provide you with a number of helpful pointers to make the operation simpler and safer. It’s crucial to avoid the pink areas, such as those next to the nail’s base, while trimming your hamster’s claws. The “quicks,” or pink portions, are areas where blood enters the nails.

Your hamster could need a little bit of extra grooming while you’re taking care of the nail overgrowth issue. Hamsters aren’t an exception to the rule; most pets with fur will need to be groomed on a regular occasion. If their nails became particularly long, it’s possible that everyday self-grooming activities caused some knots in their fur. 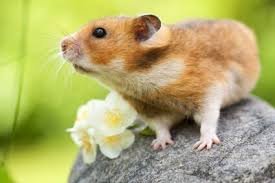 Given their tiny size, hamsters may be quite easily groomed. Additionally, since your grooming requirements are far fewer than those of a dog owner, you don’t require the specialized gear that they would employ. In actuality, all that is required to groom a hamster is:

It’s crucial to inspect your hamster’s teeth and claws once a week to prevent any difficulties from overgrowth. Talk to your veterinarian if you discover that, despite your best efforts, his claws or fangs seem too lengthy. He has the ability to trim the claws and fangs. The trimming can also be done at home. Ask your veterinarian to demonstrate how to properly prevent hurting your pet.

Assisting your hamster to naturally cut their nails 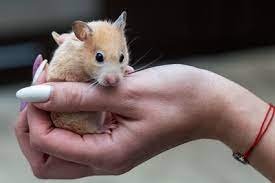 Why not help your hamster by giving them the following items to help them mimic some of the movements that they would be performing in the wild to keep their nails short:

It’s critical that we make every effort to keep our hamsters fit and healthy as they mature. Even though they only require a little amount of care, you should still take the time to examine their teeth and nails. The idea of clipping your hamster’s claws can often be daunting, but as long as you keep your hamster quiet, you’ll quickly realize that there’s actually nothing to it.