Hibernation is a natural occurrence that takes place when an animal sleeps for longer stretches of time in order to conserve energy. A hamster will actually go into hibernation when his breathing and heart rate are so low that he looks to be dead or in a coma. When you pick up your hibernating hamster, you’ll see that he is limp and is breathing in short, irregular breaths. His paws, ears, and nose will feel quite chilly. When hamsters are hibernating, they do not wake up to drink, so they will become dehydrated.

What causes hamsters to hibernate? 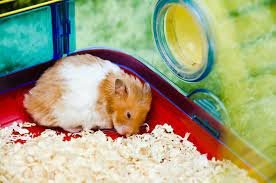 The primary factor that causes certain hamsters to enter hibernation is temperature variation. Major factors influencing hibernation include breed, genes, and/or environment. Hamsters frequently hibernate when confined in the dark for extended periods of time, in order to endure extremely cold temperatures, and because of erratic food supply. Hamsters that are hibernating run the risk of passing away from hypothermia, dehydration, and a lack of nutrition (where the body is losing heat faster than it can produce).

What’s the duration of a hamster’s hibernation? 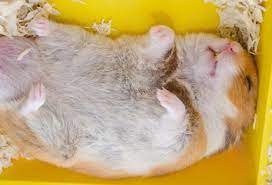 Hamsters hibernate for two to four days on average. They could, however, stay in hibernation for up to a week or more if they continue to go without enough food, water, warmth, or light. To help rouse them from their hibernation, keep the room warm and make sure there is ample light.

Can a hamster die from hibernation?

Yes, a hamster can die from hibernation. A hamster that spends too much time hibernating in extremely cold conditions is likely to experience deadly hypothermia, in which the body loses heat more quickly than it can generate. Additionally, hamsters are unable to save enough water or extra energy to endure a protracted state of hibernation.

Alert Signs, You Have a Cold Hamster 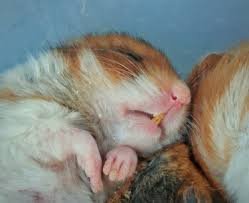 Your hamster can go into hibernation after just a few hours of cool weather and a lack of food or water. You might see him digging down into his nest or creating a very sizable, very deep nest before he enters hibernation. He might be reluctant to play and act less energetically than usual. He might tremble or shudder occasionally.

A hamster entering a condition of hibernation throughout the winter is quite normal. Your pet’s metabolic rate will reduce during hibernation, making it challenging to determine whether it is merely resting or has fallen ill or passed away.

Is my hamster dead or is it just hibernating?

You can safely look for indications of life if you are concerned about your hamster’s health:

Think about the surrounding temperature

Check for breathing if it’s chilly enough for your hamster to have been hibernating. Watch intently for many minutes as the respiratory rate goes down during hibernation as little as one breath every two minutes.

Verify the heartbeat of your hamster 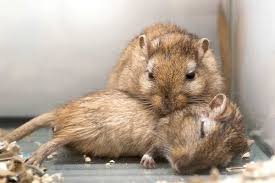 You might need to listen for a heartbeat if you can’t tell if your hamster is breathing. To achieve this, simply place your forefinger and thumb on either side of the hamster’s chest, right above the elbows. This can be challenging to discover. Put as much pressure on the area as you would if you were attempting to stop your hamster from running away without injuring it. You ought to begin to feel your pulse after about a minute.

If your hamster gets cold, don’t worry. Coldness isn’t necessarily a cause for alarm because during hibernation your pet’s body temperature will drop to match the surroundings. If your hamster exhibits rigidity and is unresponsive, even at a warm temperature, however, it may have died.

What’s the appearance of a dead hamster?

The telltale indicators of a dead hamster are listed below so you can detect if your hamster is actually hibernating rather than dead. 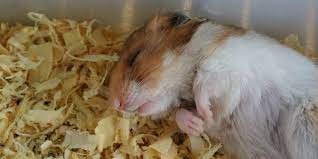 The most typical approach to determine if a hamster is dead is through this. The head of a dead hamster will be near the front paws and it will be lying on one of its sides in the fetal position while it is immobile. The tail will be tucked in, and the hind paws will be near the front paws. Additionally, the hamster will be much more curled up than when sleeping. If your hamster is in this position, particularly during a time when they are most active such as at night, it is most likely dead.

The physique is rigid

Rigor mortis is the term used to describe the state in which a dead corpse becomes rigid. The hamster’s body will feel firmer than usual and its muscles will stiffen up. The hamster is unable to easily move any part of its body. Pushing a single area of the hamster’s body, such as the forelimbs, will demonstrate that this is the case. When you do this, if the entire body moves instead of just the limbs, the hamster is already dead and rigor mortis has set in.

It is entirely non-responsive

When a hamster is fully unresponsive, it may be dead. However, you should take some time to make sure your pet is entirely unresponsive because a hamster in hibernation exhibits minimal to no reactions, not even while being stroked. Your pet has most certainly passed away if the hamster is motionless, curled up in the fetal position, and its body is stiff.

No heartbeat is audible 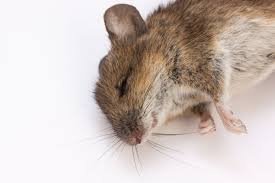 A hamster’s lack of a heartbeat simply indicates that it is dead and not hibernating. As was previously said, you may determine if a hamster is hibernating or not by listening to its heartbeat. A hamster is considered dead if it is not breathing, has no heartbeat, and is unresponsive.

Since hamsters breathe quickly, it is simple to observe when they take breaths and let them out. But none of these will be present in a dead hamster. A hibernating hamster will show very slight indications of respiration. You should take additional time to make sure because it’s possible that the hamster is hibernating.

As was already established, a hibernating hamster breathes at a rate of as little as one heartbeat every two minutes.