Hamsters are tiny rodent-like creatures that are common as pets in almost every house.  They are different from other rodents as these little animals have shorter tails, stubby legs, and very tiny ears. These creatures are very much popular among kids who love hamsters to keep as their pets. These small creatures are cute. Hamsters have many different colors, including black, grey, brown, white, yellow, red, or a mixture of several colors. Hamsters are of different species with different appearances and habits. Here we will discuss more facts and features of Hamsters. 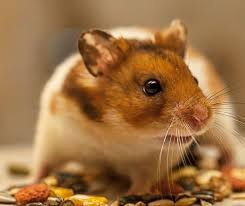 Hamsters (scientifically known as Cricetinae) are cute little creatures that are found commonly in every house of a pet lover. Therefore hamsters in captivity have a longer lifespan than those in the wild.

Hamster’s Average Lifespan in the Wild is 2 to 3 years and the Average Lifespan in Captivity has 2 to 4 years. There are 20 types of hamsters in the world. All of them are different in appearance and reside in a variety of different regions ranging from Europe, Asia, and Northern Africa. Hamsters in the wild are generally found in agricultural lands, deserts, forests, and plains to dunes. Among the various species of hamsters, the most endangered one is the European hamster.

These hamsters are small pets with a standard size, 4 to 7 inches long, with the larger females reaching the top end of the scale and males growing as big as 6 inches. Generally, this is also the size of Syrian Hamsters.

Dwarf hamsters come in a variety of species including Campbell’s Russian dwarf, winter white Russian dwarf, and Roborovski dwarf. The Roborovski is the smallest at only 1 1/2 to 2 inches long, while the other dwarf species reach a size of 3 1/2 to 4 inches. The Chinese hamster is not a true dwarf, although he’s often called one — his average size is 4 inches long.

Characteristics and Facts about Hamsters 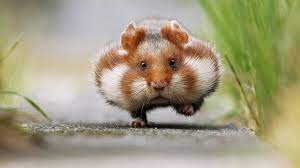 Some hamsters, mainly those in the wild, are nocturnal creatures who remain active at night to protect themselves from predators as these creatures are too small to be prey for many big animals. Hamsters also live in tunnels, they burrow in deep tunnels and multiple holes like that to protect themselves and to sleep during the day. These also are solitary creatures who like to spend most of their time alone in their burrows. This is the same with hamsters in captivity, they love to be alone in the cage. They can’t live with other species, even the other types of hamsters in the same cage.

Hamsters are omnivores and therefore they eat both plant matter and animal matter like insects and roasted chicken. Hamsters in the wild eat insects, grains, cherries, seeds and grass. Hamsters in captivity get more healthy food including vegetables, nuts, seeds and many more. creatures are sensitive and cannot be fed unhealthy foods as it will cause them serious health issues. Some of the foods which they commonly consume:

These creatures are sensitive and cannot be fed unhealthy foods as it will cause them serious health issues. 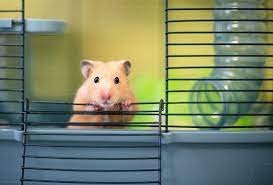 Hamsters are lovely pets to have and more than that they are less expensive pets. They are advantageous to have as they are low-maintenance creatures who are fun to have especially to those people who awake very late at night. These hamsters are a good companion to awake late at night as they are nocturnal. Hamsters can be a good option to keep as a pet if a person doesn’t want much on their budget and has very little space.

Do hamsters make a good pet to have?

Hamsters can be an excellent pet for pet lovers as they are very easy to take care of with low maintenance. They don’t even need much care and attention. These cute little hamsters can clean themselves on their own. Many kids love to have them and it’s not any problem to have them. Therefore, these hamsters are very good pets.

Do hamsters know their owners?

Hamsters when brought to a house for the first time, it takes time for them to know their owners. They don’t know them and that is why they become scared and furious at the sudden approach of their owners but with time after they become friendly with their owners, they start recognising them.