When you poll the general public on their thoughts on black cats, you’re bound to get a wide range of responses. They are cunning and naughty. They bring misfortune and trickery to any situation. They are the ideal fur-children because of their gentle nature and affectionate personalities. These cats with black coats are, without a doubt, misunderstood.
The picture of a black cat is ubiquitous throughout the Halloween season. Black cats fascinate us, appearing everywhere from seasonal decorations to costumes for all ages, and often evoking thoughts of witches and other nighttime monsters. The contrast between a black cat’s glossy black fur and a pumpkin’s vibrant orange color is striking, but that’s not all our favorite ebony pals have to go for them.
Perhaps your perception of black cats will shift after reading this interesting information.

The History of Black Cats and Witches 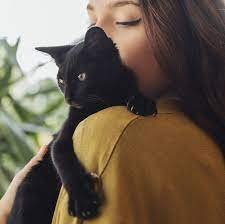 Do you know why black cats have such a bad reputation? Black cats are iconic Halloween symbols, and they are the most popular costume choice for both elementary school children and ladies in their first year of college. Since the Middle Ages, black cats have been stigmatized as symbols of Satan, witches, and witchcraft. Some even went so far as to believe that black cats were the companions of witches or the reincarnations of witches themselves. As a result of this prevalent belief, many black cats and sometimes their owners were brutally murdered.

Black cats still have some effect in modern culture, and not just because they are associated with the macabre. There is a widespread belief that black cats are used as sacrifices during the month of October, which is why many animal shelters refuse to adopt them at this time.

Black cats are actually good luck in many cultures. 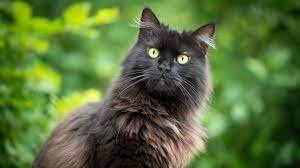 It’s a common misconception that all black cats are evil and should be avoided at all costs. The elusive black cat is a cultural icon in many societies. If a black cat crosses your path, consider it a positive omen in Japan. In Japan, cats are viewed positively, and single women who see a black cat are said to have good luck in the dating world. The black cat on the Japanese Maneki Neko doll is thought to ward off evil spirits.

In Himeji, Japan, there is a café named Nekobiyaka that serves only black cat-themed dishes. It’s a utopia for cat aficionados, as it’s the only café in the world dedicated solely to black cats (and the cats wear different colored bandanas to help customers tell them apart).
The ancient Egyptians believed that all cats brought good fortune, and they worshipped the goddess Bastet, who they represented as having the body of a woman and the head of a black cat. In ancient Egypt, murdering a cat was a punishable offense because of the animal’s hallowed status. The goddess of love and fertility in Norse mythology is called Freya, and black cats are her sacred animal. Two black cats are responsible for hauling Freya’s chariot. These are just a few of the numerous civilizations that view black cats as protectors rather than omens of bad luck.

You can improve your romantic life by keeping a black cat

Put aside your preconceived notions of lonely cat ladies. There are cultures that hold the belief that having a black cat will bring you more romantic success. Black-cat-owning single ladies are thought to have more suitors in Japan. A black cat is the perfect wedding present for the bride in the English Midlands of Great Britain because of the belief that it will bring her luck and happiness.

Historically, black cats were considered divine and even revered. 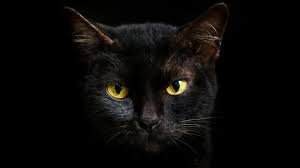 To the ancient Egyptians, the black cat represented the goddess Bastet, who had the body of a woman but the head of a black cat and was responsible for protecting the domestic sphere, its inhabitants, and its agricultural and female occupants. On Earth, cats had similar roles and were typically adorned with jewelry and treated like nobility as a result. Killing a cat was a capital offense and practiced in temples where they were worshipped as deities. Like humans, cats were given the full mummification treatment by the ancient Egyptians.

The legend of the Cait Sidhe, the Faerie King of Cats, a black cat with a white patch on its chest, originated in Celtic societies. Cait Sidhe is said to have blessed homes that placed milk out for him on Samhain night, also known as Halloween. There’s a good chance that this is the reason black cats are symbolic of Halloween, and also why we lay out food and drink for Santa Claus every year.

It’s possible that black cats are healthier than others

Scientists at the National Institutes of Health found that the mutation that gives cats their characteristic black fur is related to the human gene responsible for HIV resistance. Many distinct species of cats have evolved melanism (black fur), leading scientists to speculate that having black fur confers some survival benefit, possibly through enhanced resistance to disease. Many of the same diseases that affect humans also affect cats, therefore studying the genetics of black cats may shed light on how to improve human resilience to disease. 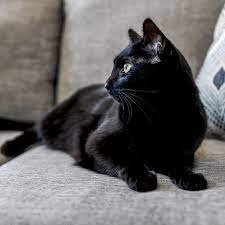 Celebrate the most misunderstood member of the cat family on October 28, National Black Cat Day. Treat your dark-coated pal with extra particular care and devotion. You should get a gorgeous black cat if you haven’t already. It’s possible you’ll have to wait a few days since many shelters stop accepting adoption applications for black cats in the month of October to prevent them from being used as prank props. However, come November, you can enjoy the pawtastic benefits of adopting a beautiful black cat and welcoming a new companion into your life.

Unfortunately, black cats have a much harder time finding loving homes than other cats do because of their unfavorable stereotype. Black cats are less likely to be adopted than other cats and spend a disproportionate amount of time in shelters. There’s more to a black cat’s beauty than meets the eye, and National Black Cat Day is a chance to celebrate that fact and spread the word about adopting these lovely creatures.