The famed nocturnal owls, like humans, keep a semi-alert ear out for intruders or smoke alarms while they sleep each day. Only the northern hawk owl and the northern pygmy owl are fully diurnal (i.e., active during the day). However, they aren’t the only owls visible at dawn. 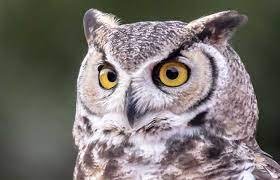 Owls have evolved to be hunters, and as such, all owl species are predators. They’re well-engineered weapons of mass destruction. Under their feathers, owls have razor-sharp beaks and talons, as well as superb hearing and the ability to fly almost completely inaudibly. Worldwide, the owl family includes approximately 200 distinct species. It is the Eurasian Eagle Owl that is the largest owl, measuring up to 75 centimeters long. The smallest of the owls is the Pygmy, which can grow to 11cm in length.

Are all owls nocturnal creatures? 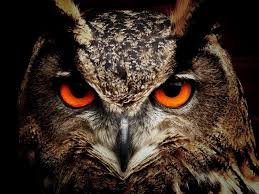 Owls are nocturnal by nature. Because of the behavior of their prey, other predators, and other natural adaptations, they’ve created this adaptation. ” (such as night vision and incredible hearing). It’s not uncommon to see owls hunting in the evenings as well as at night. Several owls in the United Kingdom, such as the Little Owl and the Short-Eared Owl, hunt during the day.

Also, know A good name for an owl

Owls perceive in the same way we do: with both eyes fixed on a single point in front of them. The bird’s ability to evaluate distances properly is due to its use of binocular vision. Their eyes have adapted so that they can see better in dim light. However, they, like humans, cannot see anything if it is pitch black, thus they require some form of illumination at all times. 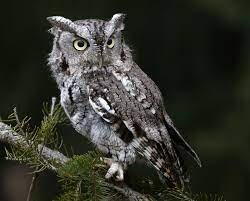 Diurnal– Sleeps throughout the day and is awake at night.

Crepuscular– At dusk and morning, nocturnal creatures awaken from their slumber.

Nocturnal– A nocturnal person is one who prefers to sleep during the day and be active at night.

The sleeping habits of nocturnal animals are unusual. They do not sleep at night, but rather during the day. Many times, this is due to their environments being too hot during the day or their ability to hide from predators at night. 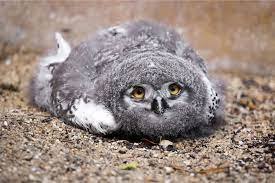 Because we have these formal sleep pattern classifications, it could appear that we can simply divide owls into these categories, however, they are primarily just generalizations about owls. Because owls are quite flexible to the shifting patterns of their prey’s activity and the weather, they’ll hunt throughout the day if that’s when they’ll be more successful. Barn Owls are a good illustration of this. It’s not uncommon for these owls to be sighted during the day. They can change their habits at any time and have even been observed to transition between diurnal and crepuscular habits.

Why are owls nocturnal? 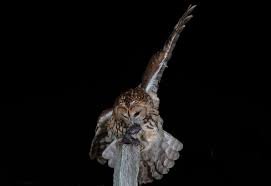 Several theories have been advanced to explain this type of behavior: 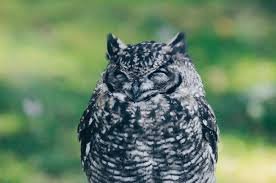 There are many reasons why owls prefer to hunt in the dark: they have outstanding eyesight and hearing. An owl just needs to hear its prey through both of its ears to figure out which way it is flying. Owls are able to accurately determine their distance from their prey because one ear receives the sound of movement a second before the other. Owls are more likely to get prey throughout the night since they are more active during this time of day. There’s less competition for the owl’s stealthy movements at nighttime, which makes it easier for the rodents to get around without being noticed. Owls are excellent night predators because they are able to move so quietly.

Can owls see during the day?

Many people believe that owls cannot see very well during the day or that the sun damages their notoriously huge eyes, however, owls’ eyes can actually operate great during the day, but a little differently than our eyes. In order to control how much light enters the lens, the human eye’s pupil dilates or contracts. Vibrios humor is a transparent gel-like fluid that maintains the retina through the lens. As a result, a human pupil can dilate to let in more or less light (known as dilation). The lens receives less light when the pupil is smaller. To compensate for their smaller pupils than our own, owls frequently close one or both eyes halfway. Because of this, the owl may appear to be sleeping when it is actually wide awake and aware. The vision cells in an owl’s eyes (the upper section of the retina) are located in the Fovea, a region of the eye that allows the bird to see well below its own eyes. This is essential for when they’re in the air and hunting for prey on the ground. Consequently, even if the owl must close its eyes for part of the day, this does not impede its capacity to hunt.