To avoid waking up to the early sun, owls hibernate deep within woods or in tree trunks, where they can keep their minds sharp during the night.
These nocturnal birds can only see well in the dark because they are extremely light-sensitive. The night is the best time for nocturnal birds to fly since they can see more clearly and have a better idea of where they’re going. 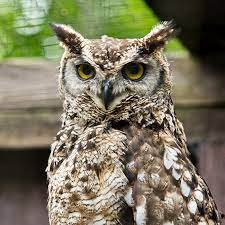 Owls have a highly developed auditory (hearing) system as a result of their propensity to be active at night. The feathers of the face disc cover the ears, which are positioned on either side of the head, behind the eyes. In some species, “Ear Tufts” appear, but they are actually feathers.

Owls, like other nocturnal creatures, pursue their prey at night. In order to obtain their food, owl species rely extensively on the sounds created by other animals.

Do Owls Have Ears?

Owls do, in fact, have ears. They aid in their ability to hear and locate prey in the dark, allowing them to catch them. Owls’ ears are located on the sides of their heads, out of view. The squeaking of a mouse is audible to an owl’s ears, which are extremely sensitive to sound. When it comes to hearing prey, owls have an advantage over humans because they don’t have flapping external ears as we have. 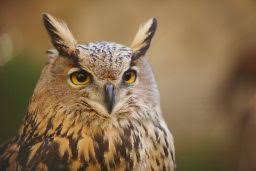 Owls can hear really well. Owl’s ears are buried in the ruff that encircles the face disc, and there is no outward structure to indicate that this is the case. The enlarged ruff feathers work in conjunction with the face disc’s filamentous ‘auricular’ feathers to direct sound toward the ears.

In some owl species, the ear hole has a valve covering it called an operculum, which determines the form of the opening (also known as the aperture). Small, circular apertures to a huge, rectangular slit with a large operculum can be seen in the openings. The outer ears of Strigidae owls are more variable in shape than those of Tytonidae owls, which all have spherical apertures with huge opercula. 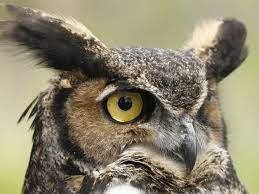 Feathers form a ruff around the owl’s head, covering its ears. To hear sounds far away, the owl uses its circular disc-shaped face. They are ten times more sensitive to sound than humans, and this sensitivity is multiplied by their size. Their disc-shaped faces can even be modified to improve their hearing.

With a range of audible noises comparable to humans’, an Owl’s hearing is far more acute at specific frequencies, allowing it to detect even the tiniest movement of its prey in leaves or vegetation.

How good is owl hearing?

Owls are excellent at adapting to their environment. With barely a whisper of a sound, these night-time predators are able to pinpoint the exact location of any animal at night. The best hearing is that of an owl. Unlike other birds, this one does not deteriorate as it ages. It is estimated that owls can hear between 200 and 12,000 Hz.

Also, know What Is The Fastest Bird In The World?

Unlike any other bird, this one can hear a wide range of sounds. This enhanced hearing sensitivity is made possible by the asymmetrical design. These birds have exceptional hearing capabilities. Even the smallest sounds made around them are audible to their surgically adapted hearing.

Do Owls Have Ears Made Of Feathers? 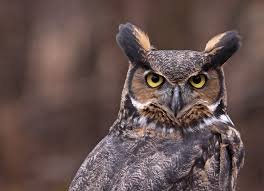 It is common for owls to have long feathers protruding from their heads, such as the Great Horned Owl and the stately Long-Eared Owl. It’s only that they aren’t ears at all! In common with many other species, we mistakenly believe they are ears simply because of their location (right on top of the head).

It’s not a ludicrous idea at first appearance, but these feathers can’t possible be used to transmit any sound. For the most part, this is due to the fact that they sway in the wind and can be damaged by slamming into other trees.

How does an owl hear?

The Northern Saw-whet owl is a nocturnal owl with exceptional hearing. During the night, their auditory systems are able to pick up sounds clearly. Using face disc feathers to safeguard these delicate auditory systems is a cinch. Accurate hearing is a result of their capacity to distinguish between frequencies and accurately determine the precise distance and location of their prey.

Are owl ears in different places? 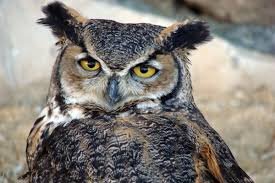 They have various positions in relation to one another, but this isn’t an issue. Asymmetrical hearing systems in owls are a particular problem. As a result, the birds are better able to locate and judge the distance to their prey.

Because of their unique skull and brain structure, they are able to pick up on the faintest sound with remarkable acuity. When hunting at night, they can use their flying to help them find and catch prey and navigate. Their ears are obscured by their disk-shaped faces, which are covered in feathers, making them difficult to see.

As soon as the Owl has located its next target, it will fly in that direction, keeping its head in the same direction that its prey produced its most recent sound. The Owl can perform mid-flight corrections if the prey moves. It will move its feet forward and spread talons in an oval pattern when it is around 60 centimeters away from the victim, then thrust its legs in front of its face before attacking.