Ducks are among the few animal species that may be just as happy in a park as they are in a pond. Unlike their other Anatidae family members like geese and swans, ducks are frequently misidentified. They, like Geese, are commonly raised as livestock. In extreme cases, ducks have been recorded to live for as little as 2 years and as long as over 20 years. 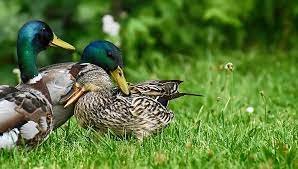 Domestic ducks typically only live for about ten years. In general, the lifespan of larger duck species is less than that of smaller ones. Domestication of Mallard ducks follows the same pattern as that of most farm animals. Usually, it’s bred for its meat and/or eggs. The domesticated duck is larger and heavier than its wild ancestors and produces more eggs per year as a result. Due to their inability to fly, the wings of farmed ducks are often shorter than those of wild ducks. Many farms raise Mallards because they are such a desirable breed. This duck is thought to have been domesticated from a wild mallard strain in South Asia. Insect-eating animals are still permitted in rice paddy areas. 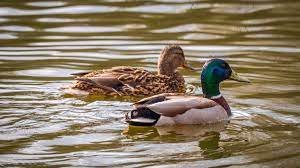 Mallards in the wild can live for anything between five and ten years. Smaller and thinner than domesticated mallards, wild mallards have the potential to live longer if they are able to evade predators for that long. Predators such as the American crow, the mink, the fox, the coyote, the raccoon, the squirrel, and the snapping turtle will consume more than half of all mallard ducklings within the first year of their lives.

In rare instances, a properly cared-for pet duck might live to be 20 years old or more! Many people keep domestic ducks as pets, and ducklings are a common Christmas decoration. These ducks are usually neglected, and as a result, they either perish from lack of care or are either slaughtered or rejected as adults.
Malnutrition, hunger, and the introduction of inappropriate food like bread and crackers from park visitors are just a few of the significant threats to the health of domesticated ducks released into the wild. Plants and protein are what ducks really thrive on; they can’t survive on simple sugars.
A pet duck that is given the best care possible can survive for ten years or more. There are multiple reports of ducks kept as pets reaching advanced ages. Ernie, age 21, and Edwina, age 22, both from the United Kingdom, share their experiences. The current record holder for the oldest duck is a male Mallard, who has lived for 26 years and four months. 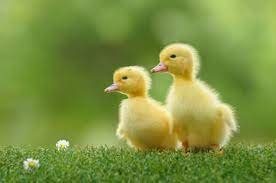 In order to thrive, ducks require a diet rich in leafy vegetables. Having ducks roam freely around your yard or other similar location will help you maintain a neat and tidy lawn. That ensures that they have enough food and energy to last throughout the day. That’s why it’s helpful to have clean vegetable peelings on hand. Ducks can extend their lifespans because grit aids in the digestion of the food they eat while traveling.

Also, know How to Take Care of a Pet Crayfish

Lastly, make sure your ducks always have access to plenty of fresh water. Duck owners know full well that their feathered friends need plenty of opportunities to splash around in the water, so they know better than to put out less than a full bowl at a time. At least twice daily, make sure your ducks have access to a clean water source in a container large enough to allow them to fully immerse their heads.

It’s just as important to give ducks a warm, dry area to rest and eat as it is to feed them. Ducks are very low-maintenance compared to other types of birds, but depending on your location and the weather, you may need to provide shelter for your flock. The ducks have simple needs. Each duck would have access to four square feet of floor space in their home, which might be a three-foot-tall wooden box or an old doghouse. Nests are most comfortable in a toasty corner of the house with a stack of straws.

How long do ducks typically live? 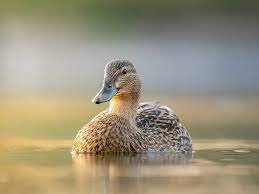 There are many different kinds of ducks in the wild, but since mallards are so frequently kept as pets, we’ll examine their domesticated existence. However, captive Mallards have been known to live for over a decade, despite only living for about seven years in the wild. Among ducks, smaller species tend to outlive their larger counterparts. The typical lifespan of a bantam duck is 10–12 years, making them one of the longest-living duck species. A pair of ducks was recognized for reaching the age of 49 by the Guinness Book of World Records. A mallard’s average lifespan is closer to 20, making it quite unlikely that this record will ever be broken.

How long do ducks live in captivity?

Most ducks can survive for at least 20 years in captivity. Although there are numerous anecdotal claims of ducks living to be 30 or beyond, the oldest candidates described in credible records appear to be in their early 20s. According to the Guinness Book of World Records, a Mallard duck lived to be 26 years old, and the record for the longest-living duck lists a bird that reached the ripe old age of 49. It is truly impossible to speculate about the maximum lifespan of a captive duck.

What do ducks die from?

To this day, ducks of any age are fair game for a wide range of predators, including birds, mammals, reptiles, fish, and more. Ducks are susceptible to several different infectious diseases, including avian cholera, colibacillosis, riemerella anatipestifer, and duck viral enteritis (DVE). It is more likely that an adult duck will be killed by a predator or contract a disease than that it would die of old age.