Hamsters, despite their reputation as silent pets, are capable of making a wide range of vocalizations that may be heard by other hamsters. As any hamster owner can attest, however, they are not known for being particularly loud. Hamster owners should familiarise themselves with the sounds that their pets make since there are many possible reasons for these vocalizations. A clicking sound is made when hamsters grind their teeth together, which is also known as “bruxing.” Like a purring cat, the sound of a happy and contented pet hamster can be heard making this sound.

Reasons why hamsters clutter their teeth Even while a hamster’s teeth chatter might be an indication of anxiousness, it is more common in situations where two males are fighting for supremacy. In the event that you hear any noises that seem like chattering, you should take particular caution because they could be a sign that an act of physical violence is going to occur. Perhaps this is your indication to separate the two young fluffballs from one other as the scenario could turn dangerous for one or both of them if you do not. 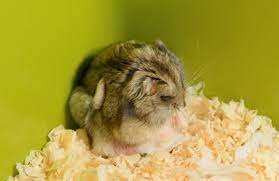 A hamster’s chattering noises might be caused by a variety of things, including irritability. If you attempt to awaken your hamster while it is fast asleep, you will discover that hamsters are solitary creatures who are not used to having their slumber interrupted. It is not pleasant for hamsters to have their sleep disturbed (and as a matter of fact no one likes it).

Therefore, your hamster may be gnashing its teeth as a sign of its displeasure because of this. This is also a warning sign that you should avoid getting too close because he or she may bite you. Spot cleaning your pet’s cage or refilling the food dish can result in a squeak from your pet if you don’t pay attention. As a result, your hamster is unable to sleep.

Also, know Should I cut my hamster’s nails?

A person or an object is interfering with your hamster’s natural surroundings. There’s definitely no better time than right now to engage in physical contact with your furry darling if, say, as you approach your hamster to pat him, he starts chattering. You should give him some space for a bit since it’s likely he doesn’t like being near people. Because, after all, hamsters, like us, are vulnerable to occasional bouts of displeasure. It is common for a hamster’s teeth to chatter if he thinks another animal is invading his personal space. It is well known that hamsters, particularly those of the Syrian species, are territorial. As a result, they may suffer from considerable uneasiness if they are obliged to share their thoughts.

An abnormal or excessive amount of hamster tooth chatter could be a sign of a medical issue. This is especially true if the hamster is showing other symptoms, such as a decreased appetite or a drop in weight. If you notice any of these symptoms, you must get your hamster to the vet right away. Although they may appear healthy, hamsters are extremely vulnerable and may be in considerable pain even if you are fully unaware of it. Since their teeth have grown to such an extent, they may be experiencing discomfort as a result of their teeth grinding against the little wheel. Another possibility is if it’s sick, in which case a trip to the vet is in order. 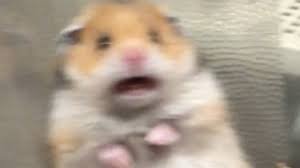 The excellent sense of hearing and smell that hamsters have allows them to keep up with the happenings in the world around them despite the fact that they have poor eyesight. Despite this, hamsters appear to be unfazed by their inability to see. Consequently, if you frighten your hamster by inadvertently, this can cause it to fear that its life is in jeopardy.

They will clench their teeth and seek to flee by creating a terrifying noise as a response to this. A scared hamster may flee if you go too swiftly near it. Avoid making quick movements to avoid this. Always be kind to your hamster and tread lightly while you’re near it. 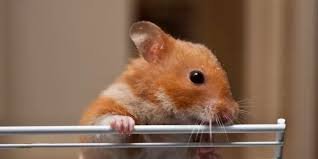 If you hear your hamster’s teeth chattering, it’s conceivable that the furry little creature is becoming anxious about some issue. A person or an object is interfering with your hamster’s natural surroundings. There’s definitely no better time than right now to engage in physical contact with your furry darling if, say, as you approach your hamster to pat him, he starts chattering. You should give him some space for a bit since it’s likely he doesn’t like being near people. Because, after all, hamsters, like us, are vulnerable to occasional bouts of displeasure. In the wake of so many new things happening in its cage, your hamster might be cautious and a little more freaked out than usual about its new surroundings. It can bare its teeth at you in retaliation. Allowing yourself some time to become used to your new surroundings and routine will help you get rid of the feeling quickly and easily. Your hamster may try to escape its cage if you leave it alone at this time.

An angry hamster’s teeth chattering is a sign that you have offended him or her, whether intentionally or inadvertently, and that you should back off. It’s possible that you startled it by making a loud noise in the middle of its nap. Anything could be the cause. Hamsters occasionally create a faint chattering noise with their teeth, however, this noise is significantly softer than the regular hamster chattering noises. It is not uncommon for hamsters to squeak when they are content.