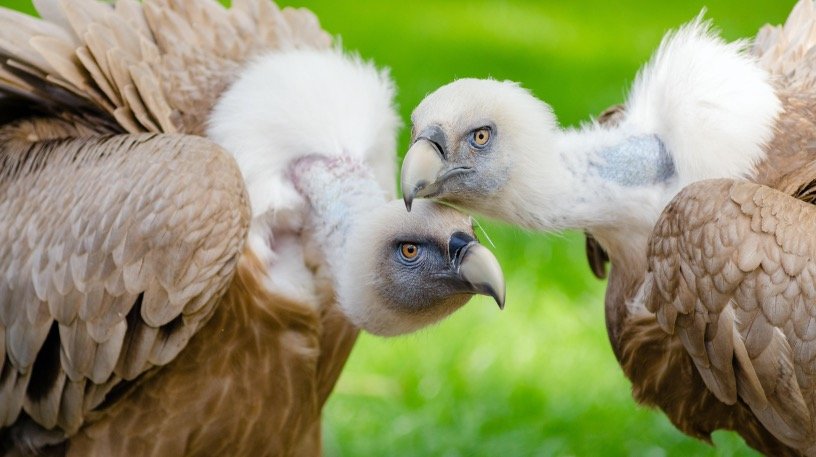 What is a Group of Vultures Called?

Vultures are the most vulnerable birds but are the most sociable species. They are mostly seen as a collective noun and their group is assigned a different name depending on their characteristics and activities and especially where they are. They are found on every continent except Australia and Antarctica. These wild species belong to Kingdom Animalia.

Vultures are known as scavengers. They feed on dead animals and can attack the wounded or sick ones because those are their easy prey. A common term that is used for their group is a flock. 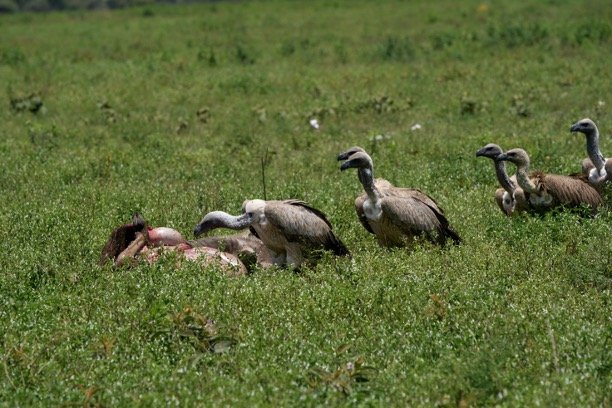 When they are flying they are often categorized as a kettle. When these endangered species are feeding their group is termed as wake and when they are in a resting position, vultures are named as a committee.

What is a group of Turkey vultures known as?

Talking about any specific term the group of turkey vultures has not been provided with a unique name but in general, they are referred to as awake, kettle, or committee. They are found in almost the entire American hemisphere excluding most parts of Canada. 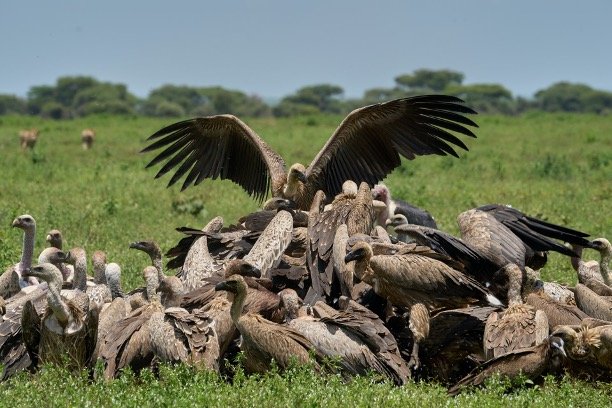 What is a group of black vultures called?

A group of black vultures is termed as a flock, looming, and volt( these terms are similar to those common terms for a group of vultures)

What is a group of baby vultures termed as?

Baby vultures are not specifically termed with a name but they are commonly called a brood of chicks, and nestlings or fledglings. Their terminology depends upon their stages of life.

What is the group of vultures called? (determining other names)

These wild species of birds are always termed as a collective noun and refer to some name depending on what they are currently doing. When these endangered birds catch thermal updrafts and look like water boiling in a pot, thus they are called a kettle. So generally when they take a flight, they are referred to as a kettle.

Vultures have a very sharp sense of smell. These birds are known to smell a carcass one mile away from them. They can easily locate and find the dead bodies to feed on them. These characteristics of vultures make them unique. They feed on carcasses together and therefore their group is known as Wake. 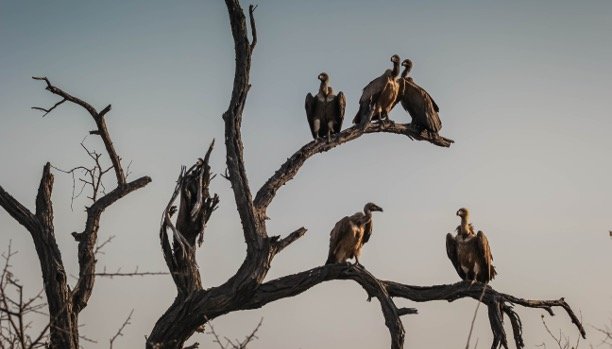 Vultures have one survival advantage which can protect their lives. Vultures have an incredible immune and digestive system and that is why they can eat carrion which is a rotten thing it would simply kill the other animals who eat it. It is a deadly substance for other animals but not for these endangered wild birds.

When the group of vultures is sitting together, their group will be referred to as a committee or a venue and the group of newborns vultures is known as chicks once they grow a little older and their wings become strong enough to fly, they are known as fledglings.

Why are vultures always seen together in groups?

Generally, vultures flock together in groups. They are in collective form and they flock together to migrate and also in search of food. Migration is an essential reason for survival.

The reason is to avoid predation and the other reason is that when they flock in groups, they can socially interact with other mates and raise the chicks, etc.

Vultures always fly together in groups in search of food because when they remain in groups it becomes quite easy and efficient in their search. Another reason they exist in the group is to sleep. They gather in groups to ensure their protection by being in large numbers which prevents them from predators or other dangers.

How many vultures are there in a group?

Vultures are different and unique birds. They generally form groups of less than 100 individuals in one group. Their numbers in groups increase when other species join the forces or when it is winter because in winter times they become more in numbers in a group and migrate together. But taking in general then the most common number is 5 to 10 other birds.

Vultures’ behavior in flocks or being in groups

There are a lot of misconceptions about vultures. People think that vultures are generally aggressive in the flock but the truth is they are conflict – avoidant and they don’t like to dispute with other birds in a group.

But when some other birds try to take away their kill they can be a little fierce at that time otherwise they are not. They also feed on the dead or wounded ones and not on the healthy prey.

In Africa, they believe that vultures prey on domestic and healthy animals which is the reason for their extinction. Even if a vulture wanted to kill an animal, it would be extremely difficult. They have weak talons that are incredibly dull. Vultures are adapted to feeding on dead ones or attacking the wounded prey and then feeding on them.

Vultures are known to have keen eyesight. It is said that they can spot three-foot carcasses from four miles away. This vulture when seeing a carcass they start moving around it and due to this others start joining in their group to feed the carcass together. They migrate, search for food, feed, and even sleep and rest in groups.