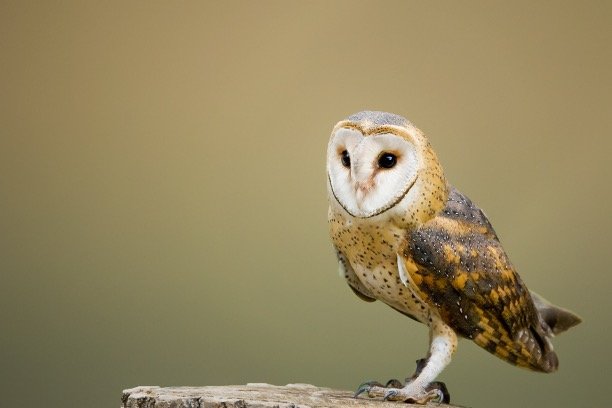 What Color Are Owls?

Brown is the most common color for owl feathers. Wild owls, on the other hand, have a few different color variations. The varied colors of owl eyes do more than only aid in species identification. The hue of the owls’ eyes appears to be a signal of when they prefer to hunt, whether at night, during the day, or in the gentle light of dawn and twilight. Owls, regardless of eye color, have a superb vision and the capacity to see in the dark. 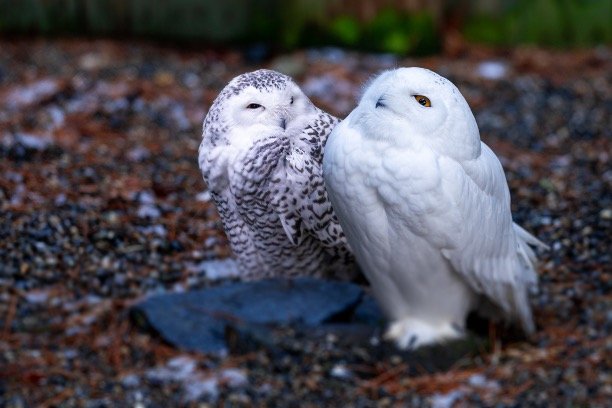 White is a versatile hue that may be found in practically every animal. It aids the animals in blending in or standing out from their surroundings. Some owl breeds have a white hue to act as a beacon. The idea is to use it as a reflector, alerting other competitors to the size of their region. 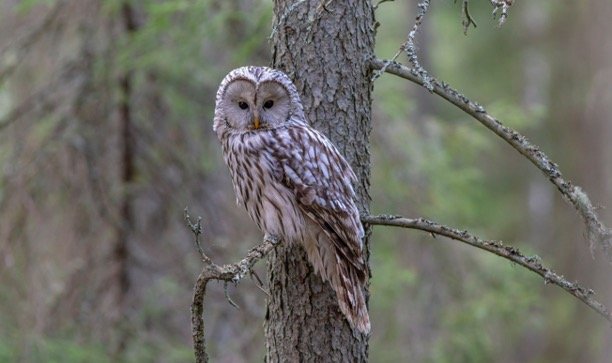 Gray is defined as a color blend of black and white. It also comes in a variety of hues, ranging from dark to light. This color is also present in several owl species. Gray is commonly combined with other colors. The great grey owl is one species that has grey coloring.

The great grey owl, as the name suggests, is coated in grey feathers with a brown pattern. Albinism is not frequent in any birds and is considered an unusual occurrence. The great grey owl is also the longest owl.

This large owl is found in the Northern Hemisphere, where it makes its home in evergreen and fir forests. Their color blends very well with their surroundings, which are typically covered in snow and deep forests. These owls, like other owls, are nocturnal. 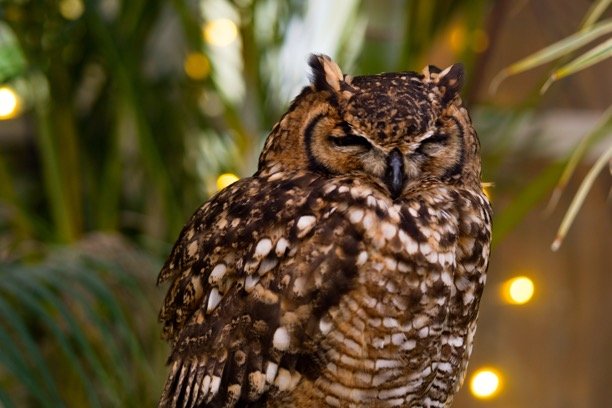 Rufous is a color that is reddish-brown, brownish-red, or rust. It is a striking color that is not your normal red. Some owl species have been represented with the color rufous. The color’s tint allows the owls to blend in with their surroundings. The rufous owl is one of the species with this eye-catching coloring. Some rufous owls, however, may appear to have brown or reddish-brown feathers.

Also, know How big are owls? 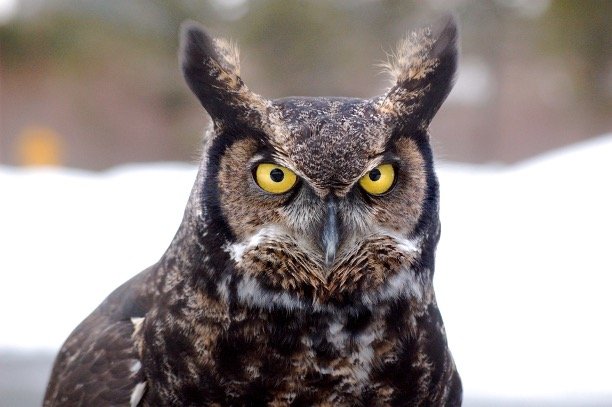 Owls with dark brown or black eyes are often nocturnal, which means they prefer to hunt at night. The dark tint does not help the owls see in the dark, but it may help them hide better than brighter-colored eyes.

Owls with black eyes, such as the northern spotted owl, barred owl, and barn owl, hunt at night, however, they are occasionally seen out in the daytime, especially on cloudy days. Barn owls can even grab animals in complete darkness, according to the Idaho Department of Fish and Game. 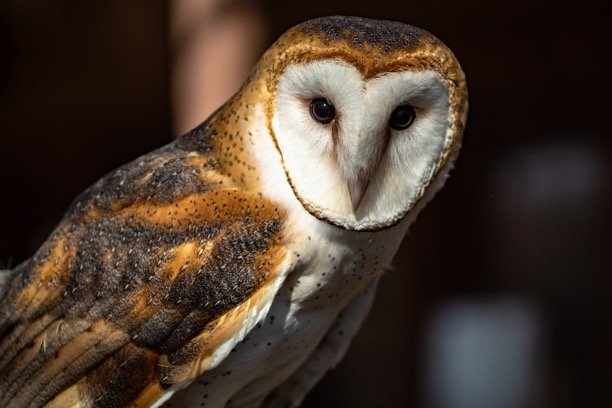 Tan is another popular owl color. Tan, like brown and white, is found in most owl feathers. This color aids owl concealment in branches and tree trunks. Tan is a lighter shade of brown. The barn owl comes in a variety of colors, including tan, brown, and white. Except for desert and polar regions, this owl is the most common owl species and may be found in almost any place on the planet. 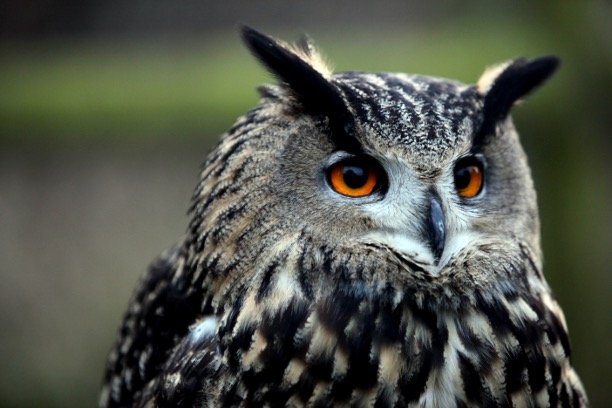 Most owls with orange eyes are crepuscular, meaning they are active at dawn and twilight. These owls, such as the Eurasian eagle owl and the great horned owl, can be found all over the world. Large owls, often up to 22 inches long, pursue prey such as mice, rabbits, and birds. The great horned owl is ubiquitous throughout the United States, especially in cities. 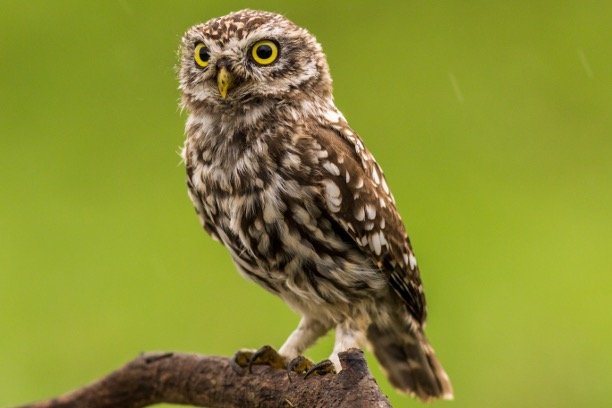 Yellow eyes are common in diurnal owls, which hunt during the day. The great grey owl, which can grow to be about 30 inches long, is an example of a diurnal owl with yellow eyes.

In addition to having exceptional eyesight, these birds can hear mice or other small rodents moving beneath the snow and swoop down to seize them with their talons. Short-eared owls are slightly smaller, roughly the size of huge crows, although they are powerful hunters during the day.

What is the most colorful owl? 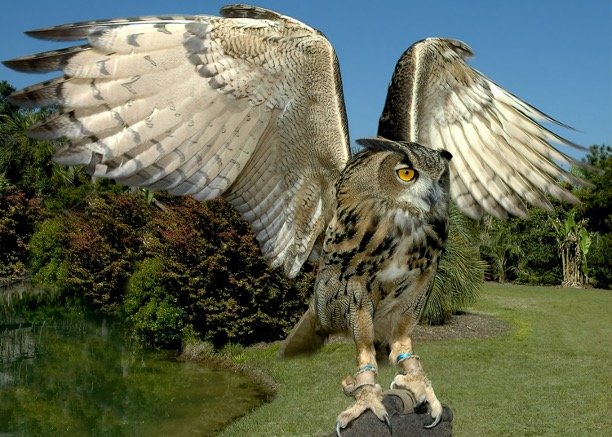 Aside from the splash of color, the spotted wood owl’s feathers are also adorned with the colors brown, white, and black. However, there are no truly colorful owls. Almost all of these owls have muted and neutral colors, with white being the most vibrant.

What Colors Are Owl’s Feet? 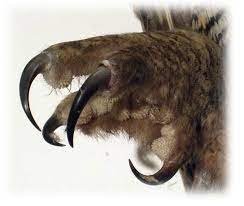 Owl feet are black, grey, or ivory in hue. However, their colors may run alongside these tones, and they might be paler or darker depending on the owl species. However, some owls have yellow feet. These vibrantly colored feet resemble the talons of other birds.

Owls’ feet are serrated, which allows them to have a better grasp on their prey. They also employ this adaption for grooming. The underside of owls’ feet is rough, which serves as an additional tool for hunting.

What Color Are Owl’s Eggs?

The eggs of owls are white, though some may be discolored. The egg whiteness is attributed to owl parents hiding them. Owls frequently conceal their eggs by covering them. It also signifies that it has not been exposed to any intense illumination, which could trigger coloring on the eggs.

The size of their eggs is determined by the owl breed. Barn owls deposit little white eggs that are 30% smaller than other owl types.