Hoots are low, fluctuating sounds made by owls. Nearly all owls are nocturnal, meaning they are most active and hunt at night. People all across the world have their own preconceived notions or superstitions regarding this bird. Some even believe that an owl’s hoot is a bad omen. So let’s clarify the idea behind the owl’s hoot.

Reasons for which an owl hoots! 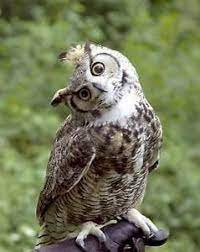 Hoots are a type of communication that may transmit a variety of messages.

How can you tell the difference between owl hoots? 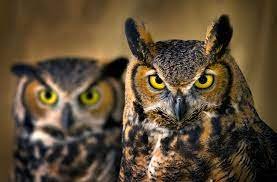 Individual owls will often preserve a consistent style across time, according to researchers who developed ways to analyze individual vocalizations across numerous owl species. In this way, owls are as individual as people and can readily distinguish one from the other.

Territorial hoots are not the same as sounds between couples. Some species have a vocal range of 13 or more sounds, all of which are employed in various situations and for distinct purposes. Hoots intended to promote a male owl’s machismo are longer, louder, and more dramatic than hoots between pairs.

Duets are made up of a sequence of brief hooting noises, with male hoots complementing female hoots back to him. Pair vocalizations are more common in the second half of the mating season, although they can also be heard early in the season when pairs are forming to signal neighboring owls that their territory has been occupied.

A brief note dubbed an “inspection call,” which is a type of contact call produced when two owls approach each other, is another vocalization emitted by owls. Other owl cries, such as “gurgles” and “mumbles,” resemble crow vocalizations.

Thus each call is unique in its own way!

When do most owls hoot? 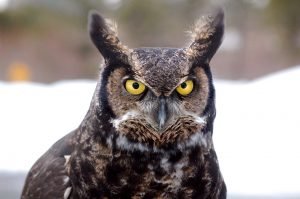 An owl’s initial sound is made while it is still within the egg before hatching, and chicks produce chirps as they develop in the nest. Juvenile males practice their initial hoots during their first winter, but it takes time for them to vocalize noises accurately like their parents.

Adult owls begin hooting in earnest during the mating season, which lasts from late winter to early spring (but this timing varies by species and geographic location). At this time of year, owls utilize hoots to communicate with possible mates, present partners, and other nearby owls.

Owls hoot during the night; they are most active just after sunset, irregular throughout the night, and can also be heard just before morning. With a few exceptions, the Strigiformes order of birds is mainly nocturnal, therefore hearing owl cries or hoots during the day is uncommon. This isn’t impossible, though; people have heard a Barred Owl hoot in broad daylight throughout the summer, and they’re also more likely to sound in the morning when the sun is dimmed by rain clouds.

The amount of hooting an owl does is also affected by the phases of the moon. The week before the new moon, which is the darkest time of the month, is when certain owls hoot the most. The Eurasian Eagle-owl, on the other hand, hoots more when the moonlight is brightest. This is supposed to be due to the fact that their spectacular white neck patch (which is only seen when hooting) is more noticeable in brighter light. Talk about being an attention seeker!

Do Owls hunt during the day? 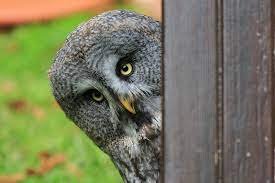 Is hearing an owl hooting an invitation of a bad omen? 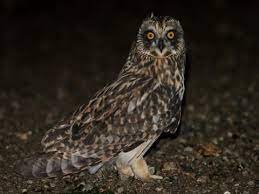 No, in fact. A hooting owl is as bad luck as a black cat or salt spilled. An owl hoot, on the other hand, is connected with a slew of superstitions. Because hearing their hoot at night might be eerie, the sound has been associated with ill omens such as severe weather or impending death. Some Native American tribes, such as the Cherokee, associate owls with witchcraft or death. Whenever they hear an owl hooting at night, they know they’re in for some ill luck.

An owl hoot was also considered bad luck by the Romans, who said that the sound of an owl hoot prophesied the demise of well-known Romans. The Malayans thought that each night, owls whisked their newborn infants away. If they heard an owl hoot as a baby was being born, Germans thought that the newborn would have a bad life. The Greeks were concerned that owls were witches who switched from human to animal form.

Some people, on the other hand, feel that owls are a sign of wisdom and good fortune. Whatever you think, owls can be found all around the world. They hunt and protect their nest, but their hoots are unlikely to be used to capture the souls of humans.

Which bird calls are often mistaken for an owl hoot?

Sometimes you’ll hear a hooting sound but can’t see an owl since you’re looking in the wrong place. It might be hidden effectively, or you could have heard an entirely different bird. The mourning dove and whip-poor-will are two common birds whose sounds are mistaken for owls. Mourning doves emit a sound similar to hooting at times. The whip-poor-will occasionally emits a lengthy and drawn-out whoo sound, akin to that of owls.

The hoot of an owl is considerably more than a mere animal noise. These clever birds use their hoots to help them survive in any situation. They may utilize their hoot to aid in the capture of their prey or to warn other owls to leave their territory. Their unique manner of communicating with other owls allows them to grow and survive in the wilderness without fear.