Hamsters like to exercise instinctively by doing ample cardiovascular activity daily. Hamsters require daily exercise which may be small or plenty. They are designed to do a lot of traveling for scavenging. They can run up to 5 miles in a single night. The one in a cage without wheel races around his cage while some ignore a wheel and run around the cage anyway. The wheels in the cage allow him to move or make Hamster laps.

If your hamster runs in a little circle seemingly obsessively or by erratic repetitive movements then he may be suffering from something which needs to be diagnosed. These movements might be because of emotional distress, physical illness, and stroke that motivate such behavior which must be taken care of and should be consulted with your vet. Hamsters are prey animals and are constantly on the lookout for wild animals and predators. They run quickly as they sense any danger which is a part of their defense mechanism and they can easily run up to 5 miles in one night. 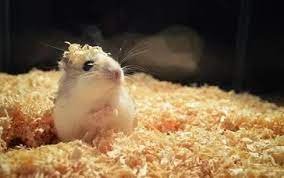 Running around in a cage by your hamster might be because of cage rage which is a psychological disorder that any animal kid might suffer from and it ranges in severity from early onset to mid-moderate to dangerous. This disorder is stressful for the animal as it makes it difficult for the owner to feed them or handle them. The severity of such a situation makes the hamster guard their cage doors and not let you open them. Too much stress can shorten the lifespan as well as increase the risk of developing serious health issues for your hamster.

Also, know Where does a hamster live?

Cage rage can be identified if your Hamster is frenzied, biting you, lunges at you, showing aggression, or destroys personal items such as toys, nests, etc. Nasty behaviors or aggressiveness or just destructiveness by the hamsters are not the science for cage rage and people make mistakes for it to be a cage rage. Hamsters are not aggressive animals by nature and they do not destroy their toys or nests without any reason so when it comes to cage rage the Hamster becomes aggressive, anxious, and frenzied. Besides cage rage, a few reasons are there that make hamsters run around like crazy and behave abnormally more than they used to. 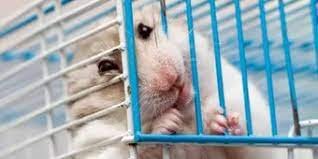 Your Hamster is running around due to the following reasons:

If your Hamster is running excessively, you should observe if they are getting enough exercise or if the wheel is suitable for running in the cage. If they ignore the wheel and run around the cage anyway then you have to provide all outlets to the Hamster for their much-needed exercise. You should provide them with a selection of toys that must include ladders, tunnels, and more. If the cage doesn’t have much to do then your Hamster might be suffering from the wheel addiction. 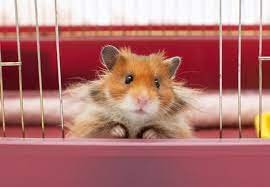 Animals feel the same things just the way we do and being confined in a cage 24/7 cannot always make them feel at ease. To avoid such restlessness you must allow your hamster to come out for about 15 to 20 minutes every day so that they will find space for their activities and will be out of boredom from being in a cage 24/7. It will spend time interacting with you and feel free. This will make him much less restless. Make him comfortable and hand trains him before letting the Hamster out which will make it feel relaxed and happy.

Hamsters avoid heat and raising temperatures as they start hibernating on increasing the temperature. So you must avoid the heat around the cage of the hamster which might cause him restlessness and cause him to run around like crazy. A female hamster as a pet goes extra with her running habits as she is simply in heat. A female Hamster starts behaving erratically if she does not find a male partner for mating or have a male partner for mating.

In this state, the female Hamster runs around in circles and bites the bars of the cage. Being overhyped is normal in this state and the female hamsters go into heat after every four days which means there is nothing to worry about and it can be ignored. 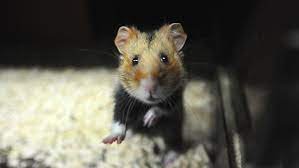 English might be a factor of worry as this indicates a health condition in your pet Hamster. The risk of strokes and frantic running in elderly hamsters can be an indication of illness that needs to be taken care of. Warm environments are another respect of strokes in hamsters and there could be more health-related reasons for their running. An infection that can cause them discomfort or a vertigo-like condition might be the possible reason for their illness. If your Hamster is constantly running for more than a few seconds and looks dizzy, this might be an indication that he is suffering from a stroke and it even moves back and forth while sitting.

Is it okay to run all the time for your hamster?

Hamsters will stop running by themselves as they know their body and when it feels too tired for them. The only time you must be concerned for your Hamster is when it is not healthy or dehydrated or malnourished. Too much exercise by the Hamster can put it at risk and you have to make sure that your Hamster is eating and drinking well. If you sense any sickness or illness in your hamster, it is best to remove the wheel until it feels better for your hamster as they won’t stop running on the wheel and this might cause them serious illness. Try to believe in your gut feeling and instincts. If your hamster is running frantically and something just doesn’t feel right. Trust your instance and take your Hamster to the vet. The energy levels of hamsters are higher than the level of humans.