A group of peacocks is referred to as peafowl but generally, they are known as peacocks simply. The grouping of animals or birds into simple and easily recognizable words such as flock or herd is commonplace but a few animals and birds have collective nouns you need for different individuals. The different species of peafowl have only three different species which is truly magnificent and easily recognizable as the bird is blessed with at least 10 different group titles. A pride, muster, and ostentation are the most common collective nouns used for peacocks or peafowls.

What is a Group of  Female Peacocks Called? 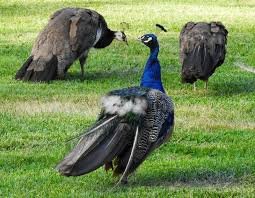 The overall appearance of the peacock is easy to see as it is a colorful bird that has a catalyst to of the more frequently used group names above that indicates the stature, appearance, and nature of the most impressive members of the Avian family. 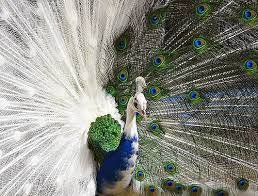 The peacock has three species.

Why is the group of peacocks known as ostentation? 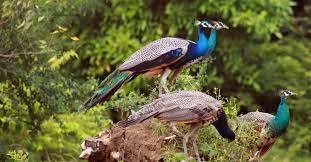 The name for the group of peacocks derives from the observation of an Indian peacock with its ornate long tail that is referred to as a train as it lifts into the air and forms a fan-shaped spectacle of pattern and color during courtship which is ostentatious. Ostentatious is described as a showy display or designed to impress and it is difficult to imagine a more accurate description for these beautiful birds.

Why is the group of peacocks known as Pride?

Just like the ostentation of peacocks, the term is derived from observing the male Indian peacock proudly strutting around in groups in an attempt to impress the females and seduce them before mating. The peacock Bird proudly displays himself to attract the female as he is an awesome site not only when his train is raised and the fan-like display but when it is relaxed on the ground and gives the overall length of over 2 meters which is fascinating.

Why is the group of peacocks known as a muster? 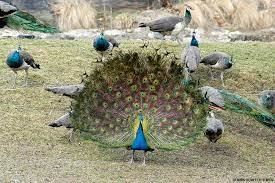 Muster is a term that refers to an assembly of individuals or troops that gather together for a battle, inspection, and display. They protect their display areas from the other peacock birds and it is unlikely that they will go into a battle and display themselves for inspection by the females.

Also, know What Do Swans Eat?

Why is the group of female peacocks known as harem of peahens?

Peacocks practice polygyny which implies that the male will meet with several different females during their every breeding season and the female will generally select any one male mate. A group of three, four, or five in the company can be seen as a group of females with a single male that presides over his harem of breeding females.

Why are the group of adult males known as a lek, bawl, and a cluster of peacocks? 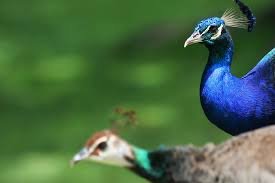 The adult males include 181 species and engage in a process known as lekking in which individual birds compete against each other by engaging in a competitive code sheet that displays to attract the suitable female breeding stock in a particular area within the breeding ground which is known as a lek or arena. The adult male peacock hoots loudly at the female when they try to impress them with their courtship rituals and when more than one peacock is engaged in such behavior it is referred to as bawling or a bawl which means to shout or call noisily. A cluster of peacocks defines the coming together of individuals to form a group of adult male peacocks when they congregate together before the lekking during the mating season and when they roast near each other.

Why is the group of peacocks referred to as a party?

The party of peacocks term originated by having regard to their flamboyant plumage and strutting behavior which is not unreasonable to several individuals that dress up to attend a private function or a party.

Why is the group of peacocks referred to as a pulchritude or a bevy of peacocks? 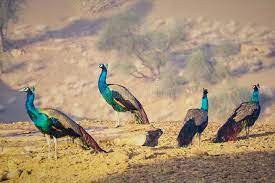 The most observable characteristic of the peacock is its striking and colorful patterned plumage. The green and congo peahens have areas of striking patination and coloring which is overall predominantly brown as compared to her male counterpart. Pulchritude is referred to as beautiful and is generally used for females within the human world and within the animal kingdom. The bevy word is used to describe a group of females that are accompanied by the word beauties and it is also used as a collective noun for quail or larks.

Why is the group of peacocks referred to as pstemtatopm pf peafowl?

The word pstemtatopm is rarely used and there are many more suitable terms that are not only easier to spell but to pronounce but searching through the majority of English language dictionaries couldn’t make it easier for the person giving this term as there is no such particular meaning for it.

During the time of the year, a few types of peacocks flock together, and outside the breeding season day typically flock with purely peacocks or peahens. The groups of immature male peacocks form a bachelor group from time to time where they live with one another and the peahens and peacock flock together for the forage of food and to roast together in a tree for safety out of the way from predators.