Hamsters are small furry animals that are often kept as a pet. Hamsters are like small rats but are fatter and don’t have a tail. They had the quality to store food in the slides of their mouths. Hamsters have cute & chubby cheeks. The best-known species of hamster is the golden or Syrian Hamster (this is mainly kept as a pet).

Squeaking means high-pitched sound or sound which is high-pitched manner. Hamsters are considered one of the most innocent types of an animal; as they don’t make a lot of noise due to their size. Consider if the area is noisy you won’t be able to hear your hamster making any kind of noise. The problem arises When Hamsters squeak in every few seconds. There are many reasons hamsters squeak like they want your attention and help, sometimes it’s a sign of distress. When they squeak for once it’s their simple way to show they are happy. 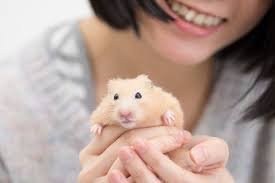 Many the times hamsters used to squeak because they expect your full attention towards them. It could be because they just need a cuddle, hungry or angry. It’s your responsibility to keep an eye on them to see what’s happening to them like they are not in trouble or hurt.

When baby hamsters are trapped and if they squeak so it’s just a way to call their mothers to them. In adult Hamsters, when they are living and familiar with you and already trust you, it could be because they are aware there’s someone to whom they can call for help easily.

Also, know How to clean a hamster cage?

Hamsters getting hurt is pretty common, if you didn’t see your hamster getting hurt but then heard them squeaking, you should have to inspect immediately what’s wrong with them. Sometimes instead of having some injuries they are just lying down and can’t get up, so it can be because of stomach pain or general unwell feeling, it clearly signifies you to go to the vet. 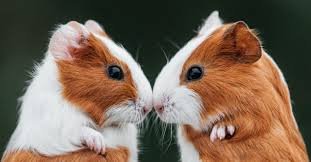 If you have more than one hamster in a single cage and they are squeaking, the biggest and most possible reason is that they are fighting with each other. Hamsters are fine to share their cage with their parents and siblings for up to 6 weeks after that it’s compulsory to separate them because having their own space is extremely important to them. Sometimes they start squeaking before 6 weeks, you have to hurry and separate them immediately because the more you wait the can hurt each other badly.

Holding or picked up

You should never hold the hamster until 2 weeks are complete because it takes time to settle down and get used to its new home. Once the hamster is settled down after that you can start taming your Hamster and Introduce yourself safely.

If your Hamster is squeaking every time you hold them, it’s a bad sign that they are not enjoying your touch and your company too. It would be best to just let them live in their cage happily. This is mainly common in Roborovski Hamster. Sometimes your holding can hurt them too because this reason too they start squeaking. You should have to be very careful while holding them.

Hamsters are very sensitive so during this time they can be impatient, extremely aggressive & irritated, they may attack you at this point. Female Syrian Hamsters even produce a very strong smell. 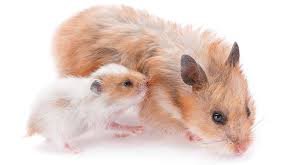 When a hamster makes a single squeak it could be a sign of happiness. You can see your hamster squeaking when playing, running on the wheel, having good treats, and then having a good night’s sleep.

How to stop a hamster from squeaking?

This can only be done if you know the reason behind their squeaking. This is why you need to observe them properly once you hear at least only one squeak.

The first thing you need to do is give attention to them. It’s as simple as being stuck inside their hideout or they escaped and need your help to bring them home.

Bring them to the vet

If everything seems right while doing your inspection (food is filled, water is full, no visible injury) but then also hamsters squeaking continuously there might be something very serious. For example- a broken leg, stomach pain, or aching tooth, i.e. why it’s necessary to contact the vet. They can check and run tests to see whether the hamster is doing okay or not. 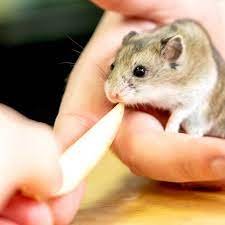 Giving treats is a very good and easiest way to understand if your hamster’s problem is needing extra attention or wanting yummy food and treats or if they are actually suffering from any kind of other pain. For example, if you give them good treats and while seeing it if they come to you and stop squeaking, it’s a sign that everything is right. But on the other hand, if you give them good treats, care, and attention then also they ignore you. This is something to worry about.

Sometimes hamsters only want nice cuddles, especially during winters because they need to get warm. Male Syrian Hamsters are known to be the ones who love cuddles the most. Female Syrian Hamsters do it too unless they are in heat. 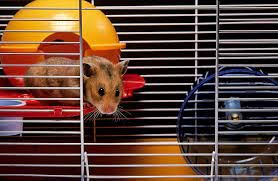 Hamster’s instincts are so strong that they could be friends today and enemies on the very next day, they are fighting for their territories. So, if you have your hamsters living very nicely with each other, from a safety point of view, still let their cages be different. Once they start fighting they can hurt each other very badly and the situation can be worse. If you don’t have an extra cage in use; so, you can place them in their own separate cage.

In short, this can only be avoided by your care, attention, understanding, and love. It clearly shows one thing most important is that not only the hamsters but each and every animal needs love, care, understanding & attention like human beings. They also have their hearts & feelings which are to be taken care of and understood. They also have a full right to be happy and expect love.