The barn owl is the most widely distributed species of owl in the world. It is considered the most widespread of all species of birds which are being found almost everywhere in the world except for the polar & desert regions. There are 3 major lineages of barn owl: The Western barn owl of Europe, western Asia, and Africa. The eastern barn owl of southeastern Asia and Australasia; The American barn owl of the Americas. The size of a Barn owl is around 32-40 cm. Minimum sized owl with a white heart-shaped face, the legs are long and the head is without ear tufts. 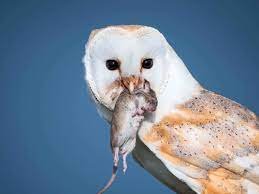 Barn owls are minimum-sized birds of prey with excellent low light vision and striking appearance. They have powerful talons and hooked beaks for grasping and tearing prey. These pale and dark-eyed creatures are farmers’ best friends due to their strong reference for rodents.

Barn owls are carnivorous and rely on meat. There are many birds of prey who eat reptiles, fish, amphibians, rodents, rabbits, small foxes, & many other small birds. There are 16 species of barn owls, For example- African, Australian, Asian, and European barn owls.

Rodents and mammals that are eaten by barn owls

Reptiles and amphibians that are eaten by barn owls

List of other small birds that barn owls eat 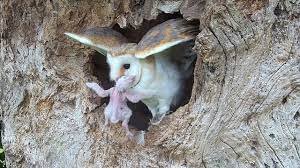 At what time do barn owls hunt for food?

As barn owls are nocturnal birds that’s why they hunt their prey in darkness. There is an exception only during winter because at that time they are forced to hunt during the day in order for them to survive. During the winters prey becomes more scarce, which forces birds to hunt for a long period of time. There’s quite a bit of silence during the nights that’s why barn owls prefer hunting in darkness so that they use their sense of hearing and can trace prey easily.

How do barn owls hunt for food? 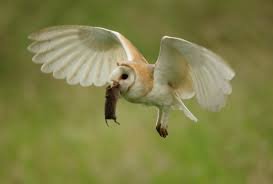 Barn owls are often seen searching for prey either in a slow, low flight or perched somewhere they can clearly observe the ground. You can observe barn owls snatching insects out of mid-air because not all creatures can always be picked from the ground.

What is barn owls’ favorite food?

Rodents, that is mice and rats, are considered barn owls, favorite food. But not every day they will come across rodents. Barn owls are opportunistic hunters, which means they can adapt easily whenever they need or there is a scarcity of most preferred prey. Barn Owls normally eat creatures like lizards and frogs not because it’s their choice but because they need to survive.

How much do they eat?

The quantity of food that is to be consumed by barn owls depends only on their body weight. They eat approximately 10% of their body weight on an average day. For example- A barn owl had a weight of 560g so they eat 56g of food per day. Sometimes they exceed 10% on most days. This happens or varies many times because they might not be able to hunt quite well due to unfavorable conditions like heavy rain or wind.

Can Barn owls be kept as a pet? 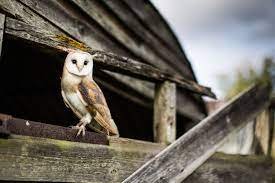 In most countries, they don’t allow you to keep barn owls as pets, so it’s firstly important to check whether your country’s laws allow this or not. You can only feed your pet barn owls with dead day-old chicks, rats, & mice. An adult barn owl may eat 3 voles per night, which is equivalent to 2-3 dead day-old chicks.

Barn owls don’t chew food because they don’t have teeth. They used to tear their prey into smaller pieces using their sharp beaks and talons. They swallow the pieces together with the skulls and bones. The undigested parts like the bones and skulls are then regurgitated later.

What do barn owls eat in winter?

Barn owls eat every variety of prey during winter, like mammals and small birds because deep snows make hunting rodents difficult for barn owls. There was a reduced intake of rodents by barn owls during winters. In winters rodents and other mammals used to spend most of their time underneath the snow.

What do barn owls eat in summer? 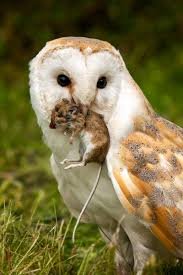 In summer voles are very easy to catch and insects like spiders and beetles. They mostly feed on rodents and more than 90% of barn owls’ diet is made up of mice, voles, and rats.

Also, know Why do owls hoot at night?

What do they eat in spring?

In the spring season, there are more births of insects taking place so barn owls eat creatures like lizards & moles.

What do they eat in the fall season?

The fall season has longer nights and shorter days. At that time they don’t only limit their hunting to rodents as they would have more time to hunt for themselves easily. They will eat every kind of reptile, insect, & small bird.

How does the diet of barn owls impact other species? 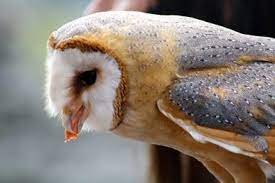 In an ecosystem, barn owls play a very important role, like other bird populations. This helps humans in one way, that is when the population of rodents is controlled by the barn owls, the amount of human food destroyed by rodents is greatly reduced.

Barn owls are the ones who have a very varied diet. They are the ones who are considered farmers ‘ best friends because they reduce rodents from their farms and help farmers to grow their fields easily