Owls are big-eyed nocturnal birds who are great hunters at night. With a full set of feathers and their large eyes, these mysterious birds look scary sometimes. Their signature hooting sound is often used as a scary sound and they also represent a sign of death. They have sharp talons through which they hunt their prey and hold them easily with their feet. But most people have this question: are owls Raptors?

Here we will discuss Raptors and their fact and whether owls come in this category or not? 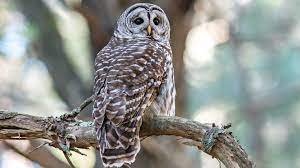 Raptor is a species of bird that catches and captures live prey. This word means to grasp. There are several birds including owls who come into this category such as:

Raptors have very critical hearing and vision, which helps them to detect their prey easily and also protect themselves from other predators. That is why the ears of the raptor are known as a main and significant tool for hunting their prey. Raptors have a keen sense of vision, which helps them locate and track their prey. A raptor’s eyes are very large, about the size of their skull. But raptors are not able to move their eyes around as humans can. Instead, they have extra bones in their neck which allow them to move their whole head around. Some raptors, like owls, can rotate their heads 270 degrees!

Though it’s difficult to estimate the lifespan of raptors in the wild, many birds can live up to five or six years. However, most birds do not make it past their first winter. This is usually due to predation or starvation 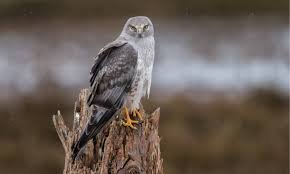 Yes, owls are raptors. As they have all the specifications which come in the category of raptors. Owls have a clipped beak that is curved downward and has a sharp end that can easily tear up the pieces of their prey. They have the capacity of swallowing their prey as a whole and this is why they can digest the unbreakable parts if they like bones, fur, etc, therefore, they regurgitate those undigested parts as owl pellets.

Also, know How to attract owls?

Owls have sharp talons, the great horned owls have 2-3 inches long sharp talons that can easily catch their prey and kill them. Owls are of different species and the largest birds and bald eagles among them are great-horned owls that have strong feet and powerful muscles. 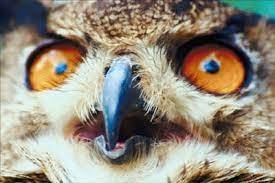 With their keen eyesight, they have sharp visions and these farsighted birds can see their prey from a distance. This helps them to track their smaller prey like mice, rats, etc from the agricultural land and field.

To protect their eyes, raptors have three eyelids. Humans routinely blink by opening and closing the upper eyelid. Owls on the other hand blink by closing the top or bottom eyelid. A third eyelid, the nictitating membrane, closes laterally across the eyeball to:

Owls, like other raptors, have asymmetric ears. With one ear higher than the other, the different wavelengths help the owl pinpoint the exact location and direction of movement. Additionally, owls have flat faces which work like satellite receivers. The facial feathers direct sound waves to the sides of the face where the ears are located.

Raptors have a wide wingspan 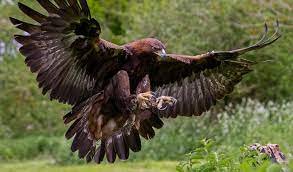 Like most raptors, owls are stealthy hunters. They are silent and swift hunters mainly due to their wings’ size, shape, and features. Owls have a much larger wing surface area to body mass ratio. This helps the owl fly fast and glide without falling to the ground. The wide wings allow owls to glide for long periods observing the ground and listening for prey movement.

Raptors have a carnivores diet

Owls are carnivorous birds that have a diet of meat and different other animals and birds. Their diet generally consists of:

Different species of owls have different carnivore diets and larger owls feed on larger birds and mammals. But whatever the varieties or species of owls, they all have the same feature of adaptors.

These birds also have the features of raptors and that is why they are considered the same. Even though owls are raptors and share many similarities with other raptors, some characteristics are unique to owls. Owls are nocturnal, while most other raptors are diurnal. So you’re more likely to spot an eagle or a hawk during the day than spotting an owl.

What makes a raptor a raptor?

All raptors have a hooked beak, strong feet with sharp talons, keen eyesight, and a carnivorous diet. design, curved at the tip with sharp cutting edges to rip and tear apart their prey. Falcons use their beak to kill their prey by severing the spinal cord. making their feet lethal weapons.

What birds are a part of the raptor family?

Are raptors can be termed ‘birds of prey’?

Yes. These terms can be used interchangeably. Birds of prey mean that the animals actively hunt for their prey (like mice, voles, rats, and shrews). Geese, like the Canadian goose on the other hand, are primarily herbivores and you wouldn’t see a goose swoop down from a tree and grab a mouse with its webbed foot…not going to happen.