Birds play an essential part in the environment. From being a major contributor to the food cycle to being pollination agents and a link between different ecosystems the sea and land for instance. These creatures except being a visual and audio treat to human senses provide to us in ways we don’t even realize. 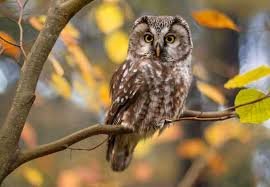 One such bird that serves and provides multiple aspects is an Owl. Often referred to as the ‘wisest bird/animal’ with the connotation’s roots dating back to the ancient Greek civilizations. Where the bird was associated with the goddess of wisdom, Athena, and is believed to have a clear vision at night due to heightened senses and inner light of mystique. Keeping aside the mythological features of Owls, they still in today’s modern era are extremely essential creatures.

While a sighting of owls (white owls especially) are believed to be a sign of good luck and fortune in a lot of countries and religions/beliefs and is often used as a symbol of calmness, composure, and wisdom. Owls are an ever-present species in humanity and to this date, pose great value and importance to us in multiple avenues.

Here are, a few benefits of having an owl around:

Owls being hunters, help keep in check squirrels, rats, or other such rodents. They even protect against the occasional reptile attacks such as those of snakes.

Being nocturnal animals, they can easily co-exist during the day with other pets or creatures in and around whatever vicinity they are brought in. More so, they usually hunt at night when other predators may act up in the silence and presence of any life form around. 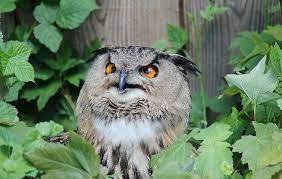 Owls are usually looked up to as a sign and bearer of good luck and wisdom. A symbol of learning and mental change. The sighting of an owl is also believed to be the symbol of a new phase in one’s life.

With the benefits laid out. Here are some ways you could attract owls to your yards, garden, home or a place of your choice. (Outdoors):

Owls love and prefer to make nests and live in the hollows of tree trunks. You could make such an arrangement in a tree in your yard or set up artificial nesting boxes and hang them around where you wish the owls to appear. While these creatures love natural hollows. Some species of owls readily reside in artificial spaces like those of nesting boxes.

As mentioned earlier, owls are nocturnal hunters. To make sure you sight and give shelter to an owl/owls in your backyard. Don’t trim or now your grasslands as much as you would otherwise to set up a hunting ground for these owls to prey through. While letting the grass grow attracts the presence of rodents and reptiles, rats, snakes, and squirrels to name a few, and could possess danger and threat to humans and human properties/commodities. These are perfect preys for owls to feast upon and are one of the best and most certain ways to draw in owls.

As you might be knowing owls are nocturnal creatures and mostly evade sunlight. They love to roam and hunt at night using their heightened senses and night vision. To make sure you let these owls make use and enjoy what they are best at, switch off the lights in and around the garden, yard or field of land where you are hoping the owls to turn up. This makes sure they are provided with a darkened hunting ground with barely any to no lights making it the perfect most preferred area for our wise friends to roam and hunt about. 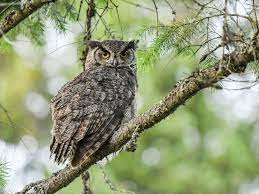 Horizontal heavy branches of trees are the best and most preferred comfort spots for owls. Not cutting off or trimming these branches ensure and extend the possibilities of owls making an appearance.

Similar to all birds and more so, creatures. Owls too would be attracted at the sight of a large bird bath from which they could drink and bathe themselves from.

Create a rustic natural surrounding in your garden to make the owls feel comfortable to roost and rest upon.

It’s important to make sure your pets are kept indoors especially post sundown to avoid them from hunting down the owls and to keep them away from preying upon rodents like mice, squirells, and other animals which work as baits for the owls.
Also, know What is a state bird of Alabama?

Extensive use of artificial pre-recorded owl calls may lead to irritation for the owls and make them distracted. These calls might even attract owl hunting animals which may further scare off owls and other birds as well.

Remove all nets and meshes like those of football nets, hockey nets, and basketball loops, and likewise avoid flying and/or hunting owls to tangle and get injured or even die as a result. Christmas, Halloween, or other seasonal decorations too poses the same danger to Owls and must be avoided. 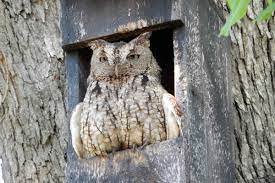 It is important to realize that these methods would facilitate or improve chances but not assure the sighting of owls. As out of the 200 odd species of owls present only 5 are major yard pets or roam and hunt in residential/artificial areas. One must follow these tips and have a lot of patience and diligence while trying to do so. In order to successfully bring in owls to their backyards or likewise fields of land.

Once there, take good care of the owls by maintaining the setup you had initially taken and following the methods strictly so as to keep the owl/owls happy and content with the surroundings for them to come back to and not go about in search of a new habitat.