There’s no denying that baby ducks are a source of unadulterated cuteness. On the other hand, did you know that ducklings flock together for safety and that they grow their feathers gradually? Let’s dive into these and other fun information you might not know about ducklings. 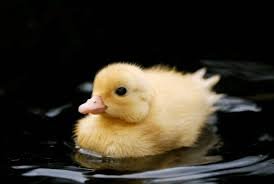 Indeed, most ducklings seem like the stereotypical duckling: fluffy, tiny, and with big webbed feet. Ducks and ducklings can vary in appearance and behavior depending on the species. Mallard ducklings, with their yellow bellies and necks and darker down over the heads, wings, and backs, are arguably the classic duckling. Often, these darker areas line their bodies in elongated stripes.

Young Pekin ducks are born with a lighter shade of down than their darker-feathered counterparts. However, while the ducklings of many eider duck species are a considerably darker shade of grey, those of the Goldeneye are a similar shade. In comparison to other species of ducklings, wigeon ducklings are taller and leaner.
Upon hatching, every duckling is blanketed in a thick layer of down.

What you’ll need to raise a Baby Duckling? 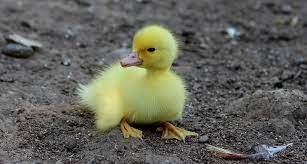 A brooder can be anything from a huge Rubbermaid container to a dog kennel to a large cardboard box with a plastic lining.
Infrared Thermometer
Medication-free, commercially available chick starting feed is acceptable.
Yeast for brewing
Grit, either store-bought grit for chickens or a bit of granular soil in a dish.
The water should be placed in a shallow bowl, such as a ramekin or a soufflé dish, which is strong but not too deep. Use a tiny terra cotta pot as a shallow dish for eating.
To rear ducklings, people use a plastic tote, a kiddie pool, and a galvanized tub. If you happen to have a spare bathtub, using it as a brooding area for your ducklings, position the water dish near the drain. No matter how careful you are, the ducklings will still splash around in the water and keep the brooder damp. The bathtub solution thus appears to be the most reliable for limiting their chaos.

Each duckling’s bill should be dipped into a shallow dish of room temperature water (or sugar water – 1/3 cup sugar/per gallon water) before being placed in the brooder, which should already be preheated. The ducklings should be kept in a brooder with a temperature of 90 degrees for the first week, and then gradually dropped by one degree per day (seven degrees per week) until the brooder’s temperature is the same as the outdoors low temperature. In warm, sunny weather, when the ducklings have cared for three to five weeks, they can be released into the backyard under supervision to avoid being eaten by cats or other predators. 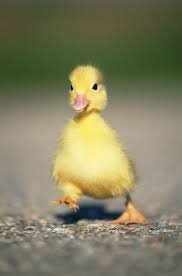 Ducks have problems maintaining a steady body temperature until their feathers grow in, at roughly 7-9 weeks of age. Keep an eye on the ducklings (and the thermometer) to determine if they are comfortable. In a warm brooder, the ducklings will scurry all over. They will congregate around the heat source if they get too cold. They’ll start sweating and trying to find a place to stand where they’re not as hot.
In contrast to ducklings that hatch from their mother’s bodies, those that are incubated are vulnerable to drowning since their feathers aren’t yet coated with oil. Therefore, the water bowl should be shallow enough for them to immerse their entire bill to moisten their mucous membranes, but not deep enough for them to drown. Once the ducklings are big enough, they can start playing with stones or marbles in a somewhat deeper dish. Young ducks shouldn’t be permitted to swim unsupervised for more than a few minutes until they are roughly a month old.

How big are baby ducks? 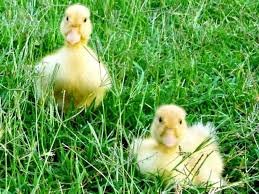 Young ducks, across all species, rarely exceed 10 centimeters in length. Some ducklings in a brood may be larger than their peers because of the natural variation in body size among ducklings. Within two to three months, ducklings have reached skeletal maturity, however, they still need another year and a half or so to reach sexual maturity. It may take a year or more for a man’s plumage to mature.

How much do baby ducks weigh?

Baby mallards typically weigh between 30 and 40 grams (1.0 to 1.4 oz). Adult ducks range in weight from 0.45 kg (typical of the smallest species, like Call ducks) to 6.8 kg (typical of the largest species, such Muscovy ducks). Therefore, ducklings may fluctuate in size a little bit, but most likely all fall roughly within the same weight bracket. 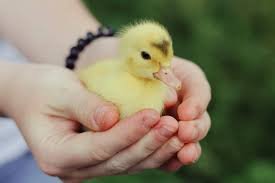 What a duckling eats depends on what kind of duck it is. Many species of ducks, including mallards, pintails, and others, depend primarily on water plants for sustenance. Mergansers and Pekin ducks, for example, eat large fish and other aquatic animals, but they also eat insects, amphibians, and crustaceans.
Despite their aquatic lifestyles, all ducks are officially omnivores. Numerous ducks also forage for food on the ground.

Ducklings are able to begin feeding themselves just days after hatching, and they learn from their mothers what they can and cannot eat. Ducklings eat things like:

In the duckling stage, what do you call them?
ducklings are young ducks. The collective noun for a group of ducklings is “brood,” and this term is used both in the water and on dry land. A female duck is referred to as a hen after four to six months of age, whereas a male duck is referred to as a drake. When ducklings reach sexual maturity, we regard them to be full-grown adults.

When they first hatch, what do ducklings eat?
As omnivores, ducklings will eat just about anything. You can find bugs, weeds, grass, and even algae in their diet. In time, the little duck will grow into an adult that will eat anything from worms to tiny fish.

How do ducklings spend their time?
Ducklings can be found on every continent excluding Antarctica.