The European starling (also known by its scientific name – Sturnus Vulgari) is a common bird that is widely found in the United Kingdom and Europe. Now they have to establish their population in parts of the United States, Australia, and New Zealand. Many of the habitants have noticed these birds and some might have heard too but one must think about baby starlings and their appearance. Here we will discuss every fact about baby starlings and their habits and appearance. 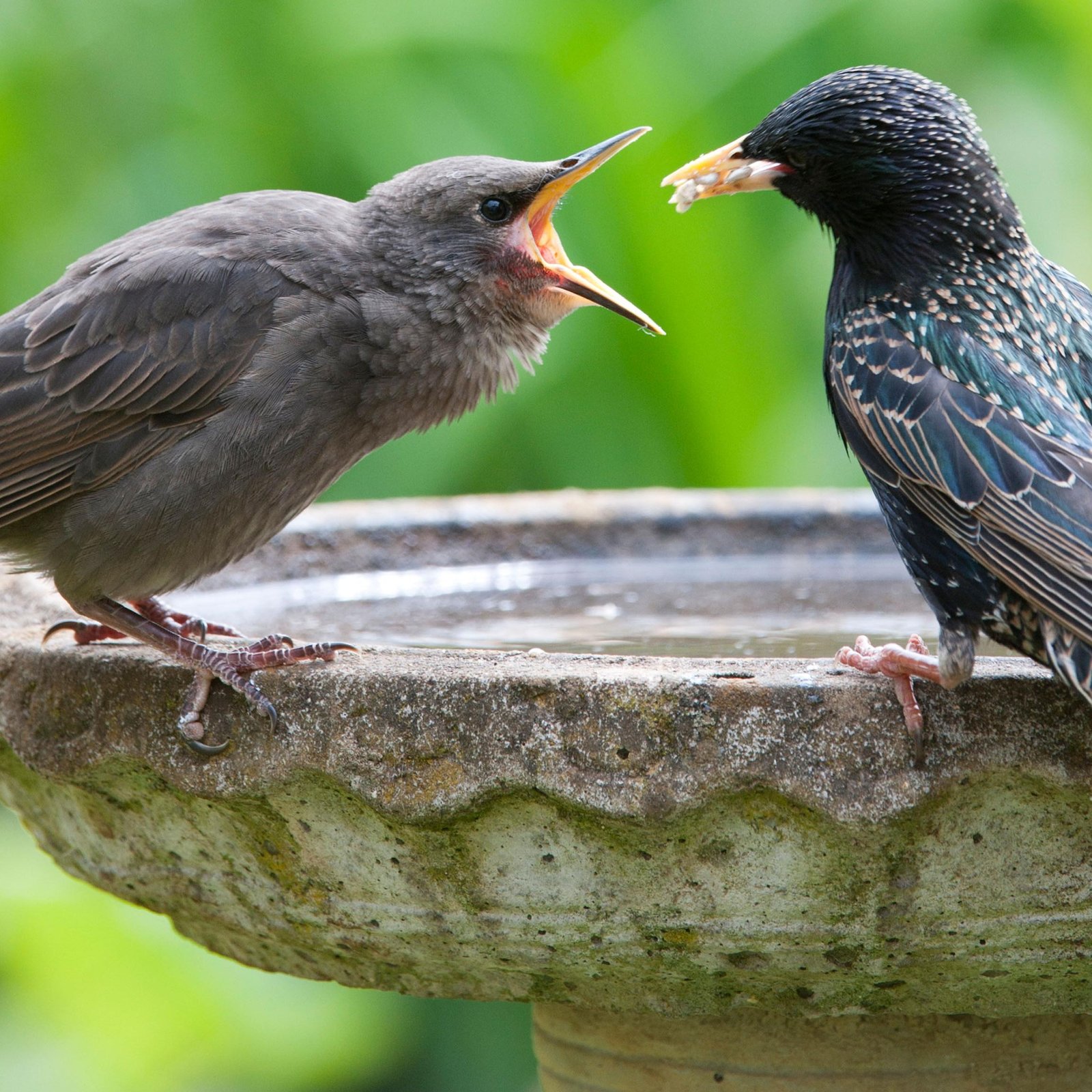 Starlings belong to the class Aves. There are 30 genes of starlings all around the world and its estimated population ranges up to 150 million. But millions, the population,n of these birds is decreasing because of habitat loss and lack of food availability in the areas. These starlings migrate to the East from the south, especially during winter,r times.

Baby Starlings (what they are called)

Baby starlings have given the other terms as a chick, fledgling, and nesting, same as the other birds. Mostly they are just referred to as babies. 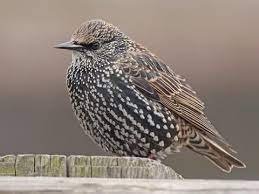 When these starlings are born, as newly hatched baby starlings, they remain naked with less fur on their body. They only have a light grey colored covering with a white natal down and on the head, there is generally either a brown greyish down with vibrant yellow bill and bright orange color in the parts of the beak. Starlings hatch in the underdeveloped position and they depend on their parents for survival. They are too small when they hatch like other baby birds with a leg of just 9 mm long.

A newborn starling is not so heavy as they are too small with a weight of just 6.4 grams. After they hatch, they start growing quickly during their first eleven days, and on average, they weigh up to only 71 grams.

Where are baby starlings born?

They start mating at the starting of March and remain till July and they generally do their mating process in their habitat area. The baby starlings are generally born in the UK and other northern parts of their habitual areas mostly between April and May. The breeding season takes place later in North America often between September and December.

How do baby starlings get fed by their parents? 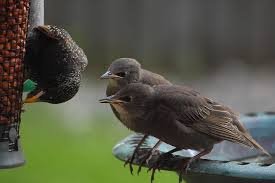 Baby starlings are too tiny to find their food by themselves and this is why they depend on their parents for food and survival. Their parents go outside and search for food for their babies. The starlings bring soft food for their babies such as insects and fruits that can be easily eaten by the babies as newly hatched starlings or young ones are not able to consume all those foods which an adult can. The adults brought food and placed them in the throats of the baby starlings. The baby starlings feed on a ranging from 100 to 300 times a day which might be an intensive process for the parents. On average, the parent brings food back to their nest every 14 minutes.

What do baby starlings eat?

Baby starlings generally eat what their parents bring for them and their parents usually feed them soft-shelled insects. Both male and female starlings bring food to the nest. The baby starlings generally feed on insects like caterpillars, beetles, grasshoppers, crickets, and cranefly larvae. These insects are easily placed in the mouths of babies by parents and babies can easily consume them. The food system of baby starlings increases with their growth. As they grow a little older, bigger insects and more varieties of food come to be discovered by the young ones.

When do baby starlings become ready to fly? 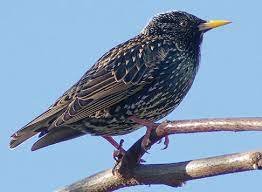 Baby starlings become ready to fly after they reach the range of 19 days of age and this might vary for every individual baby starling and their ability. At this age, they can fly easily without much problem but they do so in the sight of their parents to guide them. Before they start their flying activity, the baby starts to exercise their wings and legs to make them perfect and ready for flying. And they are so guided by their parents that after they become whole ready that they might also leave the nest soon.

When do baby starlings leave the nest?

After learning to fly, they get ready to leave their nest and they mostly do so after three weeks of their age or 21 days. Till then they get perfect feathers and wings by which they can fly for longer periods but they don’t go too far away from their nestings.

How long do baby starlings live with their parents?

Baby starlings after hatching live with their parents and depend on them for food and protection. After they become young, they perch on the trees and wait for their parents to bring food for them. Once they reach a certain age where they can fly and are now able to leave the nest which is said to be their fledgling stage, they become able to forage themselves, although they are fed by their parents during their two days after leaving the nest.

These babies are so small that they need to be cared for and guided after they hatch. The young fledge when about three weeks old and are fed for a week or two until they grow older and capable of feeding themselves. The nests are in holes, therefore they are protected from predators and many other dangers like climate changes or environmental changes. As a result, more than 70 percent of eggs laid produce fledged young.