The name given to a newborn bird depends on the species and age of the bird. A baby bird’s name differs by species, thus there isn’t a single phrase that can be used to describe all newborn birds. But generally, a newborn bird is referred to as a ‘chick.’

Baby birds have three different names, which vary based on the bird’s age and life stage. When they have just hatched out of their eggs in the nest and have not yet acquired feathers, they are called hatchlings. When they’re still in the nest and haven’t ventured out into the world, they’re called nestlings. When their real feathers have grown out and they are ready to leave the nest, they are called fledglings. They are not yet ready to fly.

What exactly is a hatchling? 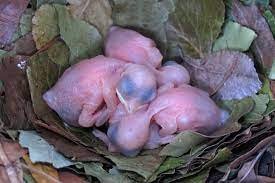 A bird that has recently hatched out of its egg is referred to as a hatchling. As chicks or hatchlings, baby birds are completely reliant on their parents for food, care, and protection.

Most hatchlings are born with only a few feathers on their skin and are entirely bare. To remain warm, they’ll usually snuggle with other nestlings at this time. Most girls are born with their eyes open, and they don’t usually open for several days. The beaks are likewise disproportionately large, though they will soon grow into them.

The phrase “altrical” refers to the state in which many birds, notably songbirds, hatch. It implies they are born underdeveloped and rely on their parents to protect them and bring them nourishment in order to survive. Most birds, in general, don’t appear to be particularly adorable at this stage and can even appear alien-like. You seldom see birds in this stage unless you come across a nest or witness the tragic sight of a hatchling being evicted from the nest, as most of them build their nests in safe and inconspicuous locations away from predators.

Who are the nestlings? 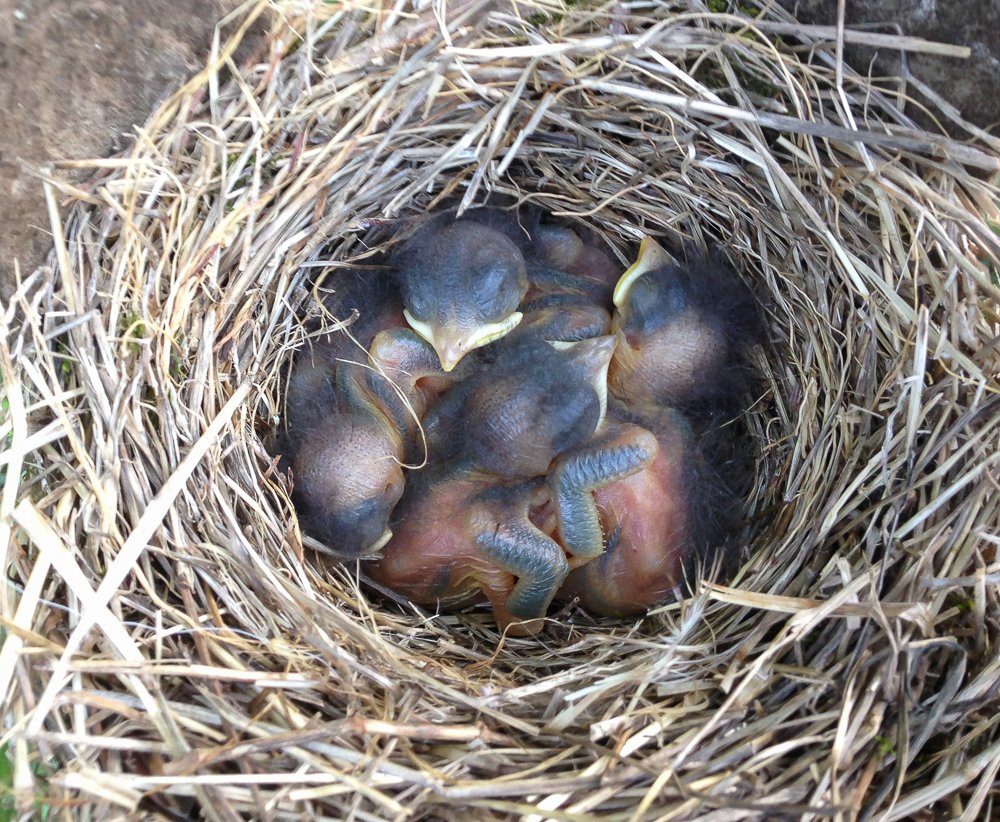 When a newborn bird reaches the age of three to thirteen days, it is called a nestling. They are significantly more competent than a hatchling at this stage, but they still require and are highly reliant on their parents’ care. Nestling birds have mostly opened their eyes and have a covering of real feathers rather than the fluffy down they had when they were just born. On closer inspection, the nestling feathers may appear to be coated with something, but this is only where the feathers are fresh and need to be groomed or ‘fluffed.’ At this time, nestlings often don’t look anything like their parents and might appear odd! 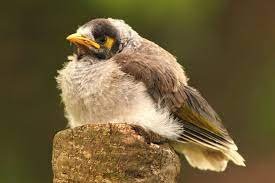 When baby birds reach the fledgling stage, they are finally ready to leave their nests and take their first steps out into the world. For most birds, this is between two and three works on average. The nests can become congested after two to three weeks of growth, with all siblings attaining considerably bigger proportions, therefore it’s a good thing they abandon the nests! Fledglings typically have most of their adult feathers and are beginning to resemble their parents. They are, however, still not completely matured and their plumages might be fairly dull. Because the feathers aren’t entirely in yet, the tail and wings might appear stubby at this time.

It’s fairly uncommon for fledglings to be unable to completely fly once they’ve left their nests. They frequently spend the first few days after leaving the nest hopping and wandering about freely. They’re frequently observed ‘practicing’ flight, with a little flapping. Fledglings will stay with their family for the following few days or even weeks. This is an important phase for young birds to observe and learn how to behave from their parents. One of the most important skills to acquire is how to scavenge for food, and these young birds will observe their parents learn how to do so.

What is meant by juvenile birds? 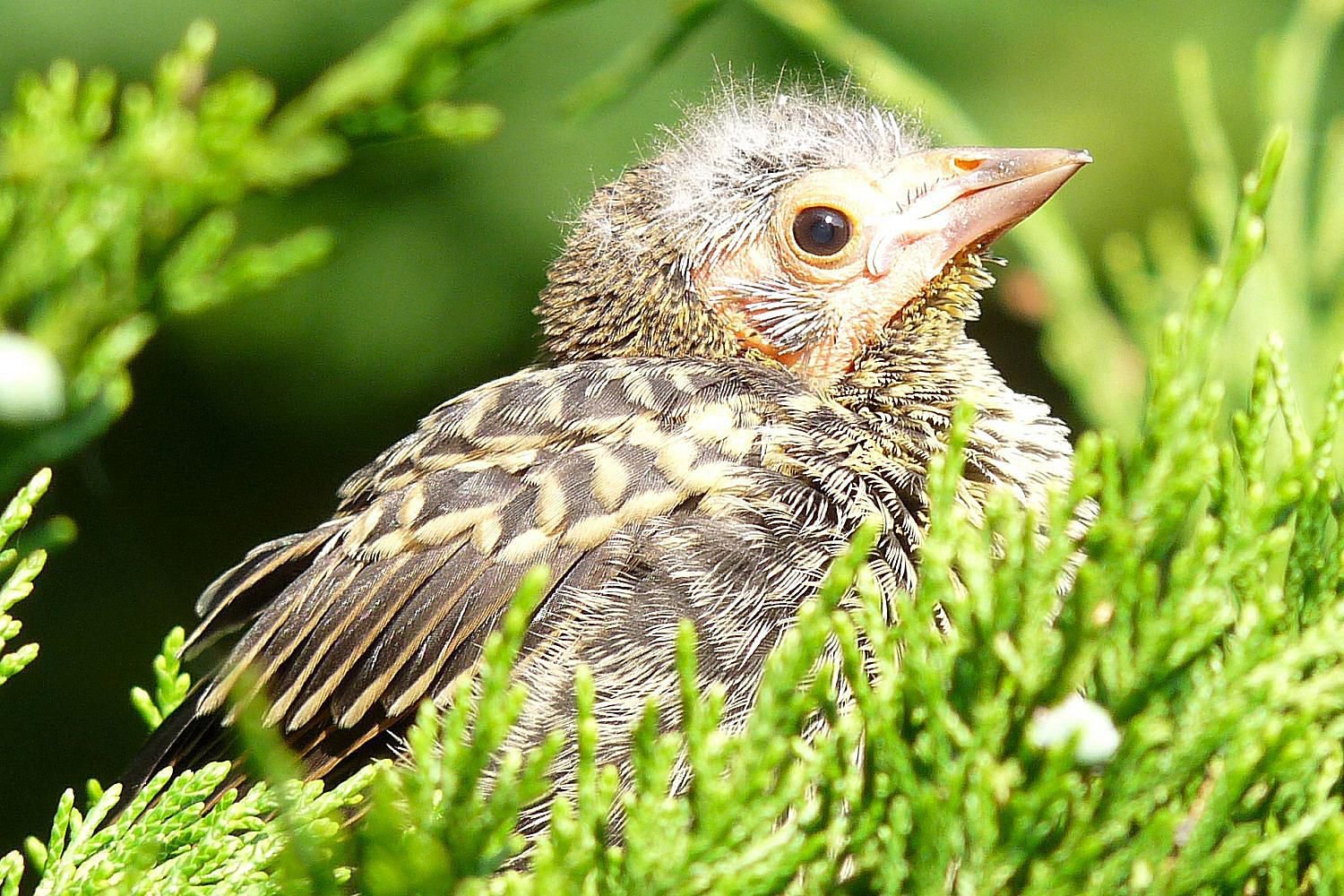 For birds, the juvenile is the comparable name for teens. They’ve reached a point in their lives where they can basically fend for themselves if required but still rely on their parents for food and safety. When birds reach the juvenile stage, they frequently stay with their parents for a few weeks and will continue begging for food. Young birds will continue to learn about searching and obtaining food by watching their parents and other family members throughout this time. Juvenile birds have plumage that is essentially identical to that of adults, although they lack some of the brilliant colors and patterns that adults have.

Also, know What is an owl pellet?

Who are the Subadults?

The name itself encapsulates everything. A subadult bird has left the nest and is capable of taking care of itself. It is not sexually conscious, and it lacks the field marks of an adult. Many birders have trouble identifying the subadult stage of some bigger birds. For example, eagles and gulls require several years to attain adulthood.

Some bird species have special names for their chicks.

Here are a few examples:

Poults, cockerels (males), and pullets  (female) are the names of chickens, Colt for baby Cranes, Squab, squeaker for doves, and Ducklings are young ducks. Young Eagles are Eaglet and Eyas is the name of baby Falcons. Goslings are young geese.

What do you name a bunch of baby birds?

A clutch or a brood is the most common collective noun used to denote a group of young birds. Clutch is also the name given to the eggs placed in a nest by a bird.

At all phases of development and maturation, baby birds are gorgeous. Knowing what you’ll call the infant at each stage of their development is typically beneficial and entertaining. It’s also fun to learn about the baby names of various bird species. Finding young birds may be a delightful experience for both young and old.