Crows belong to the Corvus genus and are known to be clever birds when it comes to hunting their prey. There are a total of 45 species of crows that are found on every continent excluding Antarctica and South America. These birds have a life expectancy of about 20-30 years. This is because of the nutrients and diet they feed on. They are opportunistic birds with adaptable nature and that is the reason for their long lifespan. These brilliant and clever creatures know how to hunt and find their food. So, what are some foods which crows eat, and the list of nutrients and diet in crow’s food list? Everything has been mentioned further in this article.

What do crows eat? 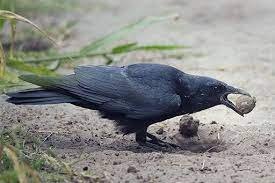 Crows are omnivores and therefore they can eat plants as well as animals. They generally eat seeds, nuts, berries, fruits, eggs, snakes, small fish, and insects. Hence, here are some types of crows and what they eat.

In general, there are varieties of food that are eaten by almost all the species of crows around the world. Here are some of the food which they eat:

What do crows eat in the winter? 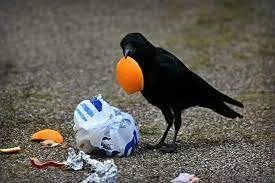 In winter there is a change in diet and nutrients in crows’ food list and they depend more on the plant matter. Insects and some food are not available or if there are limited sources in winter, therefore crows have to shift from animal to plant matters more. They eat lots of nuts, seeds, berries, fruits, and vegetables. Scavenging human leftovers will also become increasingly important and many crows will frequent bird feeders and bird tables in the winter too.

Processed foods, bread, and stuff like that are not healthy to crows if overfed with these. Like other birds, crows should also not consume moldy food. The crows and other birds don’t consume salty foods or those with high amounts of sugar. Bread should be kept to a minimum when feeding birds – opt for grains, seeds, and vegetable or plant foods instead.

How do crows find food?

Highly intelligent and social, crows tend to hunt and forage in family groups. These family groups usually consist of a breeding pair and their offspring from the past two to three years! They stick together for long periods and often work together in surprisingly complex ways to find and capture their various sources of food.

What do baby crows eat? 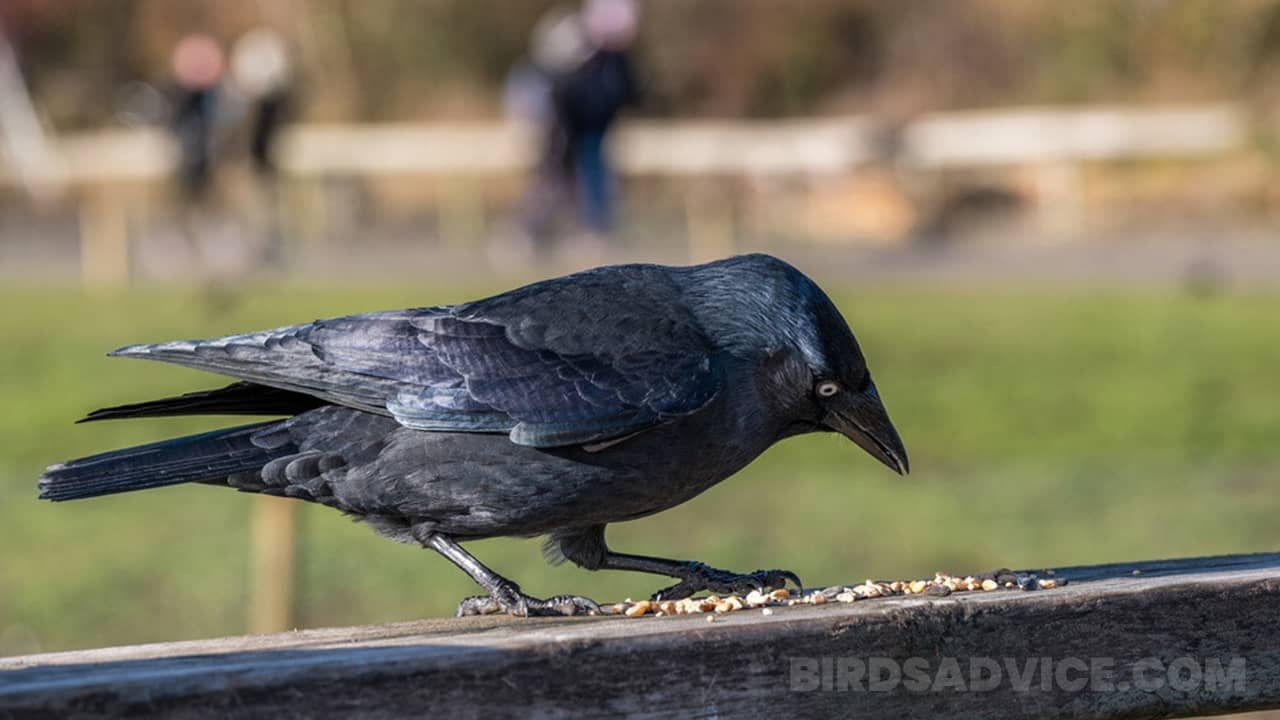 Baby crows are very small and therefore they won’t be able to eat things that cannot be broken from their teeth and they need extremely soft foods in their first two weeks. As they are omnivorous birds, they follow the same activity of feeding their babies as other omnivorous birds. It is very common in such birds and has a style of regurgitation of food items into their baby’s mouth so the crow will also regurgitate food into the chicks’ mouths. After a week or so, the chicks will also be fed soft grubs, maggots, and partially digested food.

Yes, squirrels have a place in the American Crow’s diet. Crows, however, don’t hunt the bushy-tailed rodents. Instead, they eat carcasses that have partially decomposed or have been torn apart by predators, cars, or other means. Why? Crow bills, although impressive, aren’t tough enough to tear squirrel skin.

Many crows could feasibly hunt squirrels, especially younger squirrels or those that are injured, unwell, or already dead. Hunting a live, fully grown adult squirrel would probably be quite difficult for most crows.

Do crows eat other birds?

Crows are the species that also feed on other birds whom they can easily attack and hunt. Crows generally attack nesting and fledglings. Magpies (from the same family as crows and closely related) have quite a reputation for preying on baby birds.