As we are aware of owls, their way of living, qualities of hunting, and many more. As we know owls live on trees, spending continuously days in the same place and then leaving to another, especially at night when they are set for a hunt.

Roosting owls commonly leave visual clues to their whereabouts scattering furry, oval objects on earth below its peak. They are known as own pellets. Usually, owl pellets eat mice, voles, small birds, and other prey. We can understand through the process, that when soft tissues pass into digested, while in digestive sharp, unwanted bits like bones and teeth form into an oval mass. Then they reach a pellet after some time.

What can you learn by studying the pellets they leave behind? 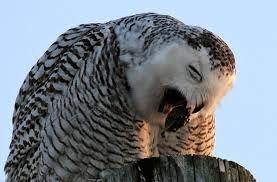 Most birds are not able to chew their food. Owls are complete exceptions who usually eat their prey whole. They are different from other species of birds, as they have special storerooms like structures, where they can store food after swallowing, and it is digested later. In owls, food passes directly from the mouth to the gizzard.

So what is a gizzard?

The gizzard is an efficient organ that uses digestive fluids and a bit of sand to later grind and dissolve usable tissue from prey. The various types of issues that usually are dissolved by an owl’s digestive system include muscles, fat, skin, and internal organs. These tissues are broken down into a variety of nutritional substances by owls’ gizzard and intestines. Some of these issues ( fur and bones ) cannot be digested. The digestion material, along with other waste connected throughout the body, along with other waste collected throughout the body, is ejected from the body, and the pasty white excitement is known as urea. It is rich in nitrogen and usually seems to be similar to urine in mammals, only thicker.

What next to digestible material? 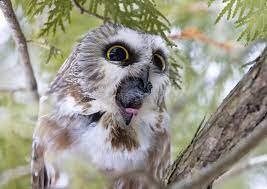 In digestible material left in the gizzard (efficient organ) such as teeth, skulls, and feathers are too dangerous to pass through the rest of the owl’s digestive tract. This requires safe discretion of undigested, unwanted food known as “owl pellets”. Owl pellets are very useful to researchers because they can find out quite a bit about owls’ lifetime through careful analysis of pellets’ content.

Most pellets include substance skulls or skulls which makes the identification of prey relatively simple. If an owl consumes multiple preys in a short period, forming large pellets from the remains, large owls are usually capable of making large pellets.

Though these large owls don’t recognize the size they determine only taste solely based on the size of the pellet. In addition, the stated owl may eject a pellet that is not fully compacted, giving a pellet a larger appearance. Other species of birds consisting of hawks and eagles also produce pellets but are smaller, and contain mostly animal posts. 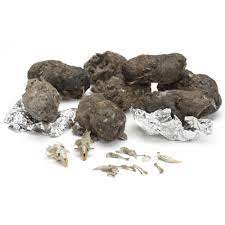 The shape and texture of the given owl pellet depend on the species of owl that is produced and the type of prey that the owl consumes. All the owl pellets are different from each other. Some pellets are tightly comp ted, oval and furry.

Some are loosely completed with irregular shapes. pellets are different from each other. Some pellets are tightly compacted, when they are ejected, they quickly dry out and start to decompose once they leave the body. Owl pellets are found mostly in places where owls perch, under trees, and near barns.

Owl pellets are dark. These pellets mostly produce more than 3 to 4, Inches long. Compacted and great-horned owls consume differently than what we see in other owls.

An owl pellet direction gives students into the life of an animal they saw in the world. Pellets give us an accurate idea of what these owls eat? Where they roast, search for relative proportions of these animals.

How owl pellets are good estimators of prey abundance?

This can be clear from the following assumption –

How are barn owls different in scenes of owl pellets? 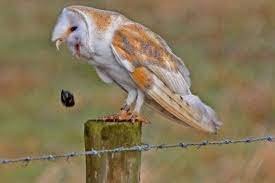 Barn owls are medium, sized, excited hunters, who are mostly in territorial habitats. They are mostly active in the evening and morning. They move silently demonstrating their prey and food availability. They mostly feed on rodents and mostly scare their prey as soon as they catch their prey. They are also known for the excretion of their pellets Dame’s in the southern Minto, steppes, and Delta regions. As many sample combinations were absent. Randomization creates expected values of all combinations of species.

The process linked with verification:

How does hunting strategy play a role here?

Is the pellet content of this owl a crucial tool to characterize small mammal samples in different habitats?

Pellets represent a random sample from the environment, but an ” owl pixel ” is needed to be defined because of limitations arising because of unique geographical conditions. Through collective research work, results are favorable to understanding barn owl pellet samples. That they are significant and suitable for biodiversity to know limitations and other things. Though owls do their hunting process on their way. Pro portions of diet are small. Considering them important, ensuring habitat homogeneity inside its resolution pellets is suitable to conduct research and analysis in open habitats.