Arkansas is a place ideally for beautiful hot springs, lakes, rivers, forests, suburbs, swamps, and urban areas. Along with this, the place is also home to a lot of bird species. Talking about a particular bird-like owl then Arkansas has a diversity of owl species. There is a large population of owls residing in this area.

We will discuss the different species of owls in Arkansas further in the articles.

There have been nine types of owls which are found in the places of Arkansas ranging from a  barn owl to the eastern screech owl, a great horned owl, a northern saw-whet owl, a burrowing owl, and many more species of owl residing in the areas of Arkansas. Some of them are found seasonally. Here are the types of owls found in Arkansas: 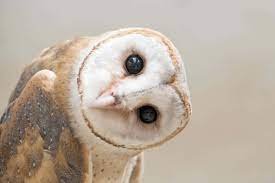 These types of owls are the most common owl found in such places. They are medium-sized owls with light brown markings on their wings and also on their backs. They have heart-shaped faces with smaller eyes. Their wings are long and pointed and their feathered legs are down to the toes. They gave short squared tails. These birds have a unique feature of changing colors from yellowish gold to cinnamon color. These owls generally hunt at night. Their nest is well built just like barn owls where they can easily spot rodents to feed on. They are commonly found in rural areas, cities, or suburbs in Arkansas.

This owl who’s scientifically known as ‘Megascops asio’ is a permanent inhabitant across the state of Arkansas.  They are small in size but very strong. They have a large head and bigger eyes with grey it browns colored bodies and streaks on their belly. These species are active at night and generally hunt mice, birds, and insects. This bird has a length of 6-9.8 inches long with a wingspan of 18-24 inches. These birds are one of the smallest owls in Arkansas. They commonly eat insects, songbirds, and rodents. They can be spotted near farmlands or in the neighborhood of suburban areas. They are typically residents of decision forests in Arkansas. 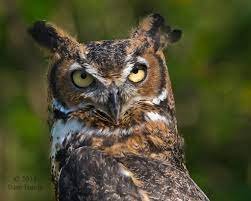 The Great-Horned owls (scientifically known as ‘ Bubo virginianus’) is the largest species of owl in Arkansas with a total length of 18.1-24 inches and a weight of 32-88.2 ounces. Their wingspan is 39.8-57 inches long. They have a unique appearance and therefore these birds can easily get identified. It has a large body and its head is covered in dark brown feathers with white patches of feathers on its throat. These owls generally feed on small animals and birds like rodents, mice, skunks, etc. These birds are commonly not alone and make groups or pairs sometimes to hunt their prey. These are also said to be very aggressive while hunting their prey. They are found in areas of urban regions, woodland, and areas of the forest.

The Barred owl has the scientific name ‘Strix variant it looks similar to barn owls as they also have a heart cha heart-shaped is and are 16-19 inches long with a wingspan of 39-43 inches and a weight of 16.6-37 ounces. They are medium six medium-sized and have a large heart shape heart-shaped They don’t have ear tufts. Their upper parts are brief in color with white-colored streaks and their eyes are yellow with black beaks. The Beaks generally feed on small mammals like squirrels, mice, and rabbits and sometimes also feed on reptiles like snakes, lizards, or some insects found in their residential areas. They generally reside in wooded areas of North America and the Oz mountains in Arkansas. 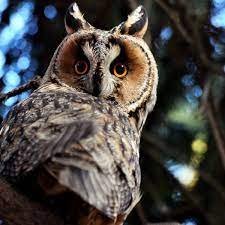 The Long-Eared owls( Scientifically known as Asio otus) are nocturnal birds that have long ears ( that fit perfectly with their name) and they are 13.7-15.8 inches long with a length of wingspan is 35-39.4 inches. Their weight is 13.8-15 ounces. These birds hunt during the daytime and they generally feed on small mammals like mice, shrews, rats, and rabbits finally they hunt some birds and reptiles such as lizards, snakes, etc. The one thing that is distinct in this long-Eared owl is that they all sleep in groups together in the same spot. They are residents of forests, deserts, and woodlands in Arkansas.

The Northern Saw-Whet mammal (scientifically termed as ‘ Aegolious acadius’) has a total length of 7-8.3 inches and their wingspan is 16.5-18.8 inches long with a weight of 2.3-5 ounces. These birds have a small size and are one of the most common species of owl found in North America. They are also found in the parts of Arkansas but this place is quite dangerous for these tiny birds as they can be hunted as prey by any big birds or animals. These birds feed on birds and mammals which are smaller than them like rodents, small birds, or small insects.

Arkansas is home to a variety of birds and species and here you can enjoy the beautiful sight of the environment with so many birds generally in the forest and woodlands. Hence, there are varieties of different types of owls that are found in these places with different sizes, appearances, and characteristics. And they all have a unique style of hunting their prey which also makes them different from each other.

Which owls are the most common in Arkansas?

The most common species of owls that are found in the places of Arkansas are barn owls, great-horned owls, screech owls, and barred owls. They can be spotted easily as they are permanent residents of this place.

How many species of owls are there in Arkansas?