Owls are the mysterious birds that live in the wild and keeping them at home is impossible. They can be kept in animal houses where more wild animals live together in a kind of shelter but keeping them in a typical home is not safe for other people too. As they have this vicious nature, they can not live with humans. Humans keep pets and they sometimes play and cuddle with them which is impossible with owls. Some people keep owls but it is very rare. In most countries, it is illegal to keep an owl at your home. But still, if you are thinking of keeping an owl as a pet then here are some of the reasons why owls make a bad pet and not a great idea to keep at your home.

Why can’t you keep the owl as a pet? 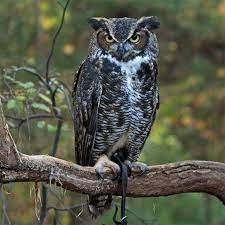 Owls are carnivores and they mostly feed on meat and flesh. And giving them these foods might not be pleasant for you. They make a great mess while eating as they tear the meat into small pieces to consume them and you have to clean up after every time they eat their food by messing up the area. And this is a very difficult task every day. As dealing with blood and meat regularly is not easy and the bad odor will make you feel like vomiting. They don’t consume fruits and seeds that you can give them, they are mice and rodent eaters and this will be a high problem for you to deal with frequently. 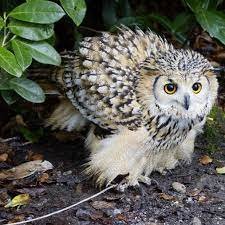 Owls are not like those small birds that can be kept in a shelter or cage but they are one of the largest birds that needs a lot of space. Owls cannot fly around the home as this will cause huge damage to your furniture. They need a bigger shelter with a strong wire so that their sharp talons couldn’t tear them. Owls are not easy for pets to be cared for by any people but might work with experienced ones. If you keep an owl at your home you cannot keep those animals who are the food of owls because they can attack them and even kill them. Keeping an owl will restrict you to keep any small and adorable pet animals in your house.

Owls generally don’t get injured easily but if they get hurt or have any health issues it is very difficult to find a vet for them. And owls are very aggressive towards strange people, only experiences can handle these types of animals, and finding those types of doctors is not so easy as most the vet doesn’t know how to handle these kinds of pets. 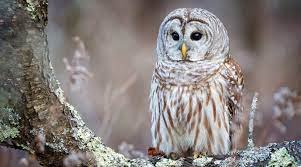 There’s no such thing as an owl-friendly vacation resort–and you can’t exactly leave an owl at home, for some of the reasons described above (their dietary needs and penchant for destruction among them), as well as an additional concern: imprinting. Imprinting takes place early in a young animal’s life and is the process by which they form specific attachments. Like many birds, owls imprint onto their earliest caretakers, and once an owl recognizes you as its mother, it’s not likely to allow anyone else to get close or care for it. Owls: You can’t live with them and you can’t leave town without them.

Probably the strongest determining factor when Googling “Can I have a barn owl as a pet?” is what is–and isn’t-allowed by law. The United States, like many countries, has strict laws and regulations about the ownership and rearing of exotic and wild animals and owls fall into that category. It is illegal to keep an owl as a pet in the U.S. unless you’re granted a permit for a native owl and those are issued for special purposes only, such as falconry, rehabilitation, or education, all requiring specific training and certification. Running afoul of the law can trigger hefty fines and possible jail time.

Owls can be dangerous too as if they become aggressive they can damage many things including can hurt people. So, it is concluded from this that it is not safe to keep owls as pets. It is against the law as well as not a possible task to look after them. Those are made for living in the wilds and have violence in their nature. They make lots of noises, sometimes it’s unbearable for the ears and they are too messy to keep at home. This way you only have to keep cleaning their mess and cleaning the blood and meat tears is very difficult for some people. So if you have planned to keep an owl as a pet, you should think twice now. You are clear with everything and if you think you are comfortable with all the obligations and somehow managed to get the legality to have an owl pet then you can consider keeping them, otherwise, it’s better to change your mind now.