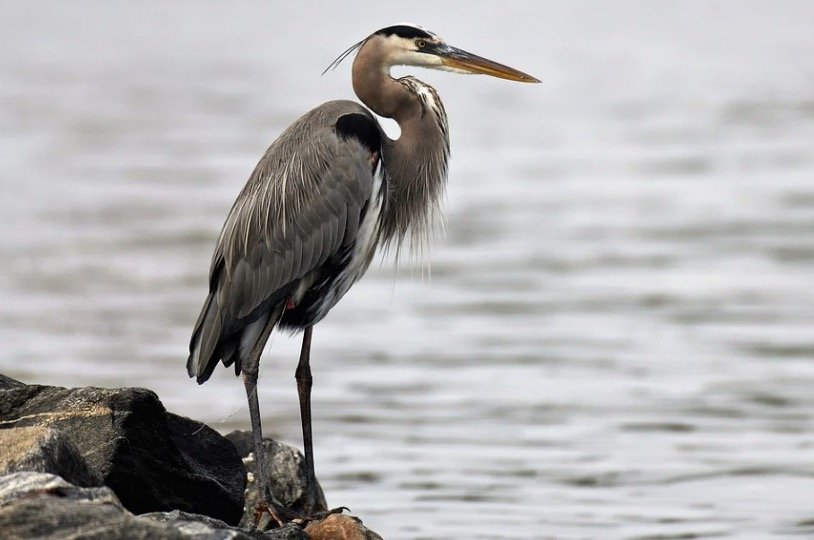 A heron is a carnivorous creature belonging to the Animalia family, phylum Chordata, class Aves, order Ciconiiformes, and family Ardeidae. Its length is up to 34 to 55 inches, it weighs up to 3.3 to 6.6 pounds, and it has a wingspan of up to 91 inches, with a lifetime of up to 15 to 20 years.

A heron is a bird that feeds on fish, insects, and molluscs. The most distinguishing characteristics are the long, thin legs and pointed beak. Herons are preyed upon by foxes, minks, and raccoons.

Physical features include brown, grey, black, and white skin colorations, and feathers on the skin, with a top speed of 40 mph. 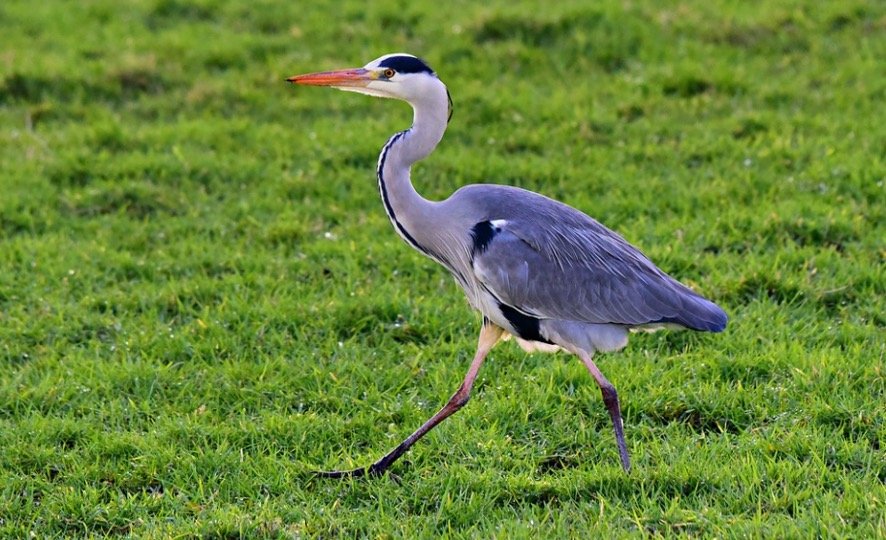 The heron is a family of long-legged birds that may be found in many different climes all over the world, feeding elegantly at the edge of the water with its sharp, pointed beak.

It has a high level of adaptation to the environment in which it lives. This also implies that the heron is extremely sensitive to changes in its natural environment. 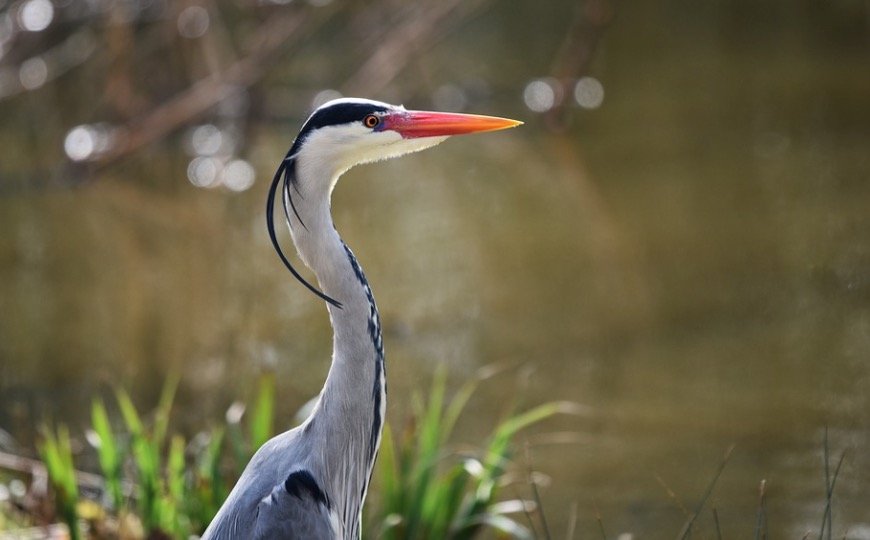 Freshwater marshes, lakes, and ponds are home to these birds all around the world. Even though it is most prevalent in the tropics, it may be found practically anywhere, save the driest deserts, highest mountains, and the icy Arctic and Antarctic.

In bushes, rocks, or trees, these birds build a big platform of sticks. These nests are part of heronries, or rookeries, which are bigger colonies. These are among the world’s most prominent aquatic birds.

The great blue heron of North America is thought to have up to 5 million adult individuals left in the wild, while the grey heron of Eurasia and Africa has up to 2.5 million mature individuals, but some of the rarer species are on the verge of extinction, especially where habitat is endangered.

• The heron is a solitary predator with a strong territorial instinct, but during the mating season, certain species congregate in enormous colonies of over a hundred birds.

• The heron uses a variety of sounds to indicate surprise and fear, as well as to recognise other species. 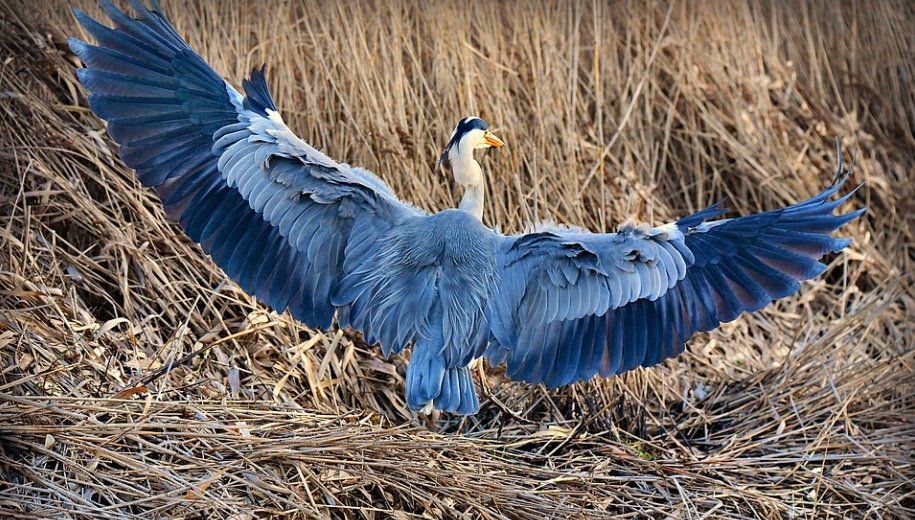 The heron family etymology is Ardeidae. The name comes from the Latin word “ardea,” which means “heron.” This family has over 60 species, but some of them are egrets and bitterns rather than real herons.

Aside from the fact that egrets are whiter during the breeding season, the biological distinctions between the heron and the egret are minor. They can even be found in the same species.

These birds come in a wide range of colour schemes and looks, including black, grey, blue, yellow, and many other colours. The most noticeable feature is its extraordinarily long neck, which is bent in the centre to resemble an S shape and serves to support the bird’s large bill and head.

The head of the heron curls back toward the body as it takes flight, while the feet dangle down. Only a few other birds fly like this. The bird’s other distinguishing features are its enormous wings, wide, pointed beak, and very long legs for wading in the water.

The bird can clean itself because part of its body is coated in a fine powder generated by dissolving feathers. This is a big bird that stands between one and five feet tall.

The goliath heron, the biggest species, dwarfs all others in size. It has a wingspan of 7 feet and 7 inches and is up to 5 feet tall. There are three different varieties, each with its own unique anatomy and social behaviour.

The day herons, which include the big blue, black-headed, grey, and goliath herons, feed by stretching their long necks out into the water throughout the day. Night herons, such as the black-crowned and yellow-crowned night herons, eat at night with their short legs and bigger bills.

Tiger herons are solitary birds with striped plumage that resembles a tiger. There are only six kinds of tiger heron. The majority of them are found in Central or South America. 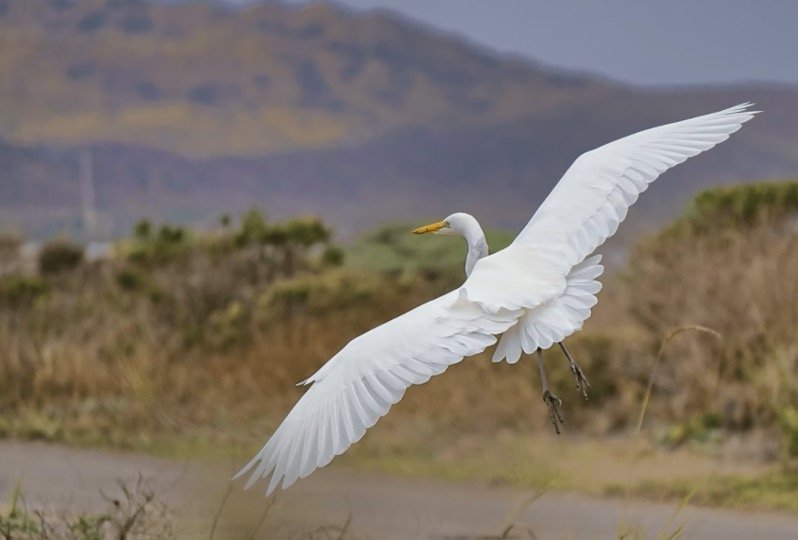 These birds are very migratory, travelling from place to place as the need arises. Its journey distance is determined by the climate of its typical nesting grounds. Southern populations stay in the same spot all year, whereas northern populations migrate south for the winter to avoid the water freezing over and preventing them from foraging.

For example, the great blue heron will migrate between Southern Canada and the Southern United States, or even Central America. 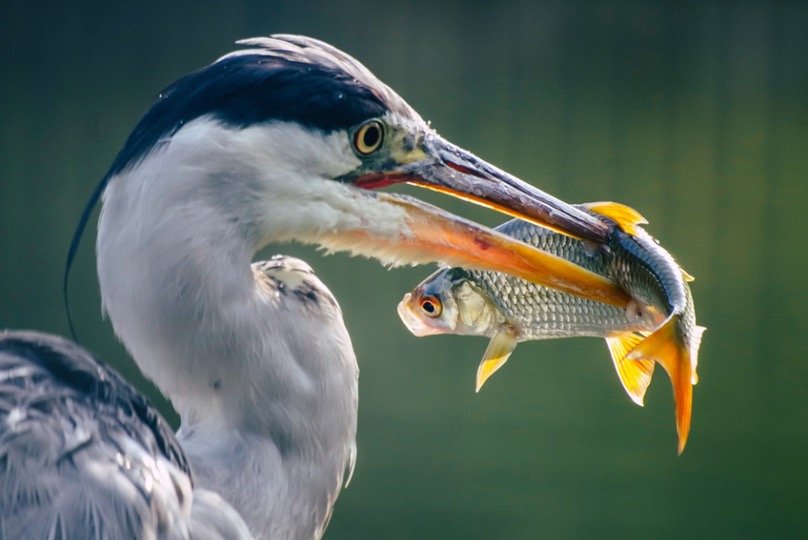 Because of their global spread, these birds eat a broad variety of foods. There are two sorts of feeding approaches: generalist and specialist. The generalist feeds on whatever prey is available.

The specialist feeds on a highly particular collection of prey. In either case, it is critical to the regulation of prey populations. Near the beach, these birds eat fish, reptiles, amphibians, crabs, mollusks, and aquatic insects.

The bird uses its excellent vision to identify animal prey and then strikes out rapidly with its beak after wading into the shallow areas of the water.

Most species are now rated as least concerning by the IUCN Red List due to their vast distribution and do not require any particular conservation efforts. However, a few species, such as the Himalayan white-bellied heron and the Madagascar pond heron, are endangered or threatened with extinction.

Night herons native to Mauritius, Bermuda, and other islands have already been pushed to extinction after being found. The loss and deterioration of wetland habitat puts the bird in jeopardy more frequently than not.

Adult birds have few persistent predators due to their size. Several creatures, including raccoons, hawks, eagles, ravens, crows, bears, vultures, and others, feed on eggs, juveniles, and smaller herons. 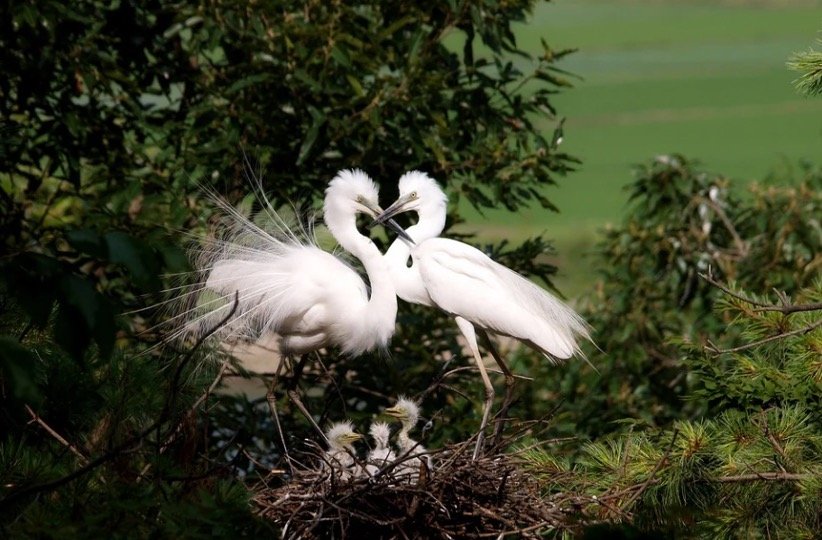 Reproductive procedures differ by species, but in general, during the mating season, the male attracts a single mate with an impressive mating ritual display in which he ruffles his plumage and flies around.

The couple may generate up to seven eggs at a time after the female has found a suitable mate. The chicks emerge from the eggs with underdeveloped bodies after a several-week incubation period.

Both parents devote a great amount of effort to ensuring their children’s appropriate development. Incubation, nest building, and feeding are all shared responsibilities. The parents provide the most nourishment to the larger chicks since they are the most likely to survive.

It normally takes two to three months for the chicks to develop their complete flying feathers and become increasingly self-reliant. Many of these chicks will not survive their first year, but those who do can live in the wild for up to 15 or 20 years.