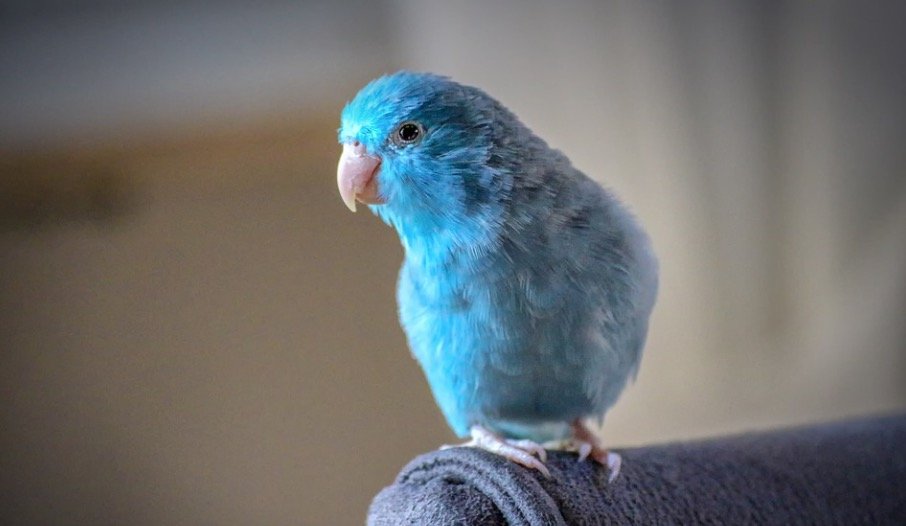 A parrotlet (Forpus cyanopygius) is an omnivorous creature belonging to the Animalia family, phylum Chordata, class Aves, order Psittaciformes, and family Psittacidae. Its genus is Forpus. Its length is up to 4.5 to 5 inches, it weighs up to 1 ounce, and it has a wingspan of up to 6 inches, with a lifetime of up to 30 years.

A parrotlet is a bird that feeds on insects, etc. Their colourful feathers are their most distinctive characteristics. Parrotlets are preyed upon by birds of prey, big cats, bats, monkeys, and snakes.

Physical features include blue, grey, yellow, green, and white skin colorations, and feathers on the skin, with a top speed of 40 mph.

The New World Parrot’s tiniest member. The size of parrotlets is even less than that of parakeets. Their tails are blunt, and they have a fierce, aggressive nature. They’re also capable of inflicting a shockingly painful bite.

A pet parrotlet is less gregarious than a parakeet, yet it may form strong bonds with its partner or human. Continue reading to learn more about this little “pocket parrot.”

The Pacific and green-rumped parrotlets, two of the most popular parrotlets, may be obtained at select pet stores.

Breeders sell parrotlets that have been bred to produce amazing colours, or, in the case of albino parrotlets, no colours at all. The prospective owner must ensure that the breeders are trustworthy, that purchasing and selling parrotlets is lawful, and that the birds are healthy.

The Amazonia parrotlet population is estimated to be between 2500 and 9999 birds. Most parrotlets’ populations are stable or declining, while most species are considered to be of low concern. 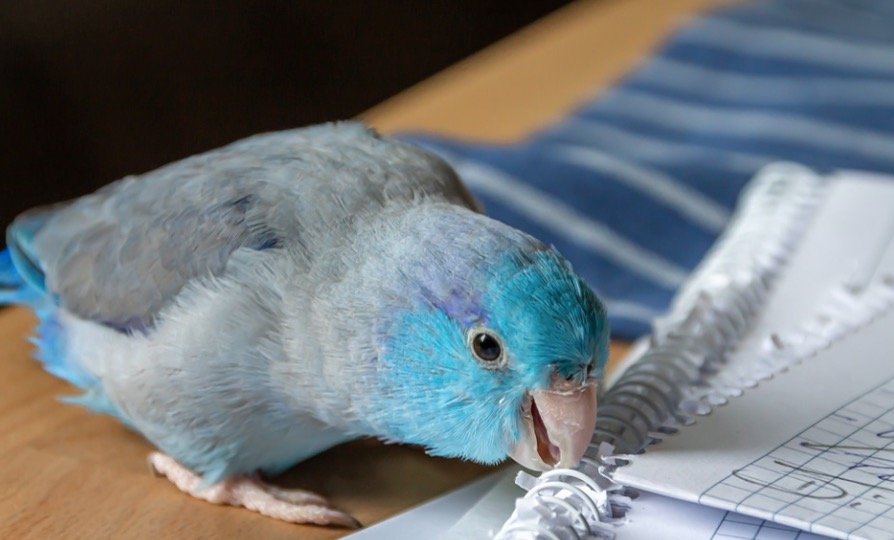 • The parrotlet is a talking bird, but it does not imitate speech as effectively as a bigger parrot, like the African Grey Parrot. The expensive spectacled parrotlet is known for its superior communication abilities.

• Parrotlets are more expensive than parakeets and are difficult to come by at pet stores. A Budgie seldom costs more than $60, yet this bird may cost more than $1,000.

• A parrotlet’s brawny demeanour may lead it to believe it can outsmart a pet dog or cat. Owners must be conscious of this and ensure that their parrotlet is supervised anytime it is let out of its cage.

• Parrotlets have four-toed zygodactyl feet, whether blue-winged, scarlet-shouldered, or green-rumped. Two of their toes are pointing forward, while the other two are pointing backward. This allows them to have a firm grasp on a branch.

• In its native Peru, Bolivia, and Brazil, the Manu parrotlet is noted for visiting clay licks. It obtains necessary minerals, such as sodium, there. Clay licks are also frequented by scarlet-shouldered and spectacled parrotlets.

The parrotlet, unlike the parakeet, has a short tail. It has a stockier build as well. Owners will also notice that a parrotlet’s demeanour differs from that of a parakeet, which is lively and loving. These birds can be friendly, but they can also be violent and bite if they feel threatened.

They prefer to be kept separate from other birds in captivity, even their conspecifics, members of the same species, unlike the sociable parakeet. Even mated couples have been known to go to war. In captivity, parrotlets do not breed as effectively as parakeets. 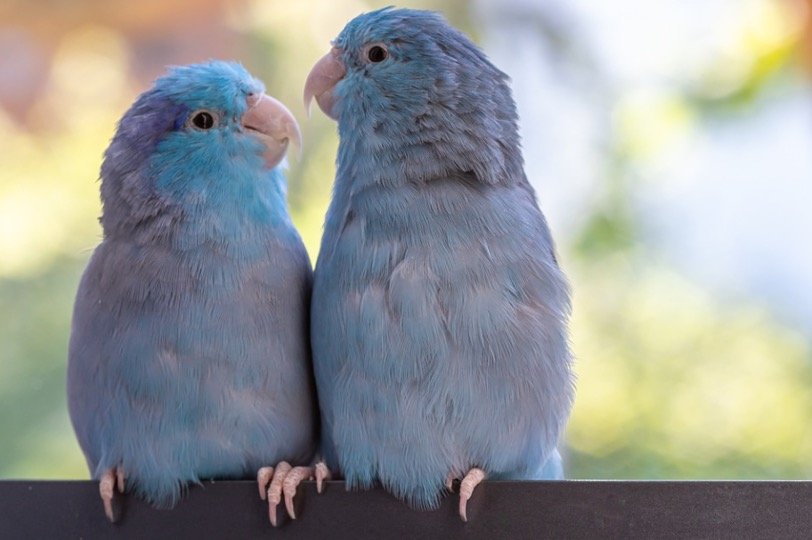 These birds are classified into four genera. Forpus, Touit, and Nannopsittaca are their names. Touit is unique in that it is neither Greek nor Latin in origin. Rather, it derives from the Tupi language, which means “extremely little parrot.”

Many of these species have subspecies, such as the Mexican parrotlet and the green-rumped parrotlet, but the lilac-tailed parrotlet is monotypic, with origins in Trinidad and Tobago and northeast South America. Forpus coelestis, Forpus spengeli, Touit huetii, Nannopsittaca panychlora, and Touit surdus are some of the species.

These birds are often smaller than parakeets and much smaller than their relative, the Amazon parrot. Their tails are short, almost stubby, giving them a chunkier appearance than the parakeet. Males and females may be distinguished by their plumage.

The colour of a parrotlet’s feathers, on the other hand, is determined by the species. The renowned Pacific parrotlet has blue wings and blue behind its eyes and on its rump. There is no blue streak behind the female’s eyes.

The turquoise-winged parrotlet is another blue-winged parrotlet whose males have vivid turquoise not just on their wings but also on their rumps and lower backs. Females do not have blue feathers, but their yellow-green faces are more vibrant than males’.

These birds are quite social in the wild, and can form flocks of dozens. Even though individual parrotlets are noted for their quiet voices, they make a lot of noise as they fly.

Ironically, it might be difficult for one bird to tolerate another in its cage, particularly if the cage is tiny. 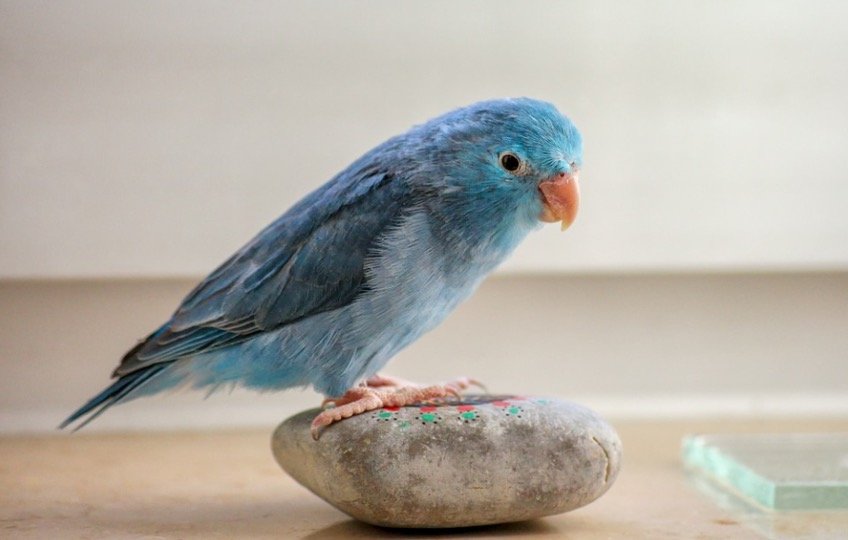 These birds consume fruit, berries, seeds, nuts, and grass in the wild. Owners must ensure that their birds’ diets have all of the nutrients they require. They may prepare seed mixes using sunflower, millet, and other seeds, provide fresh fruit and green leafy vegetables on a daily basis, and feed the birds pellets with the necessary vitamins and minerals. Of course, clean, fresh water is essential, particularly during the hot summer months.

Given their small size, it’s understandable that parrotlets would fall prey to predators, particularly those found in Mexico’s and Central and South America’s woods, such as jaguars. Also, because birds congregate in such large numbers, it might be difficult for a predator to focus on a single individual.

Predation is a major concern for parrotlet hatchlings, as it is for other birds. Carnivores such as the ocelot, snakes, hawks, and other birds of prey, as well as bats that may grow to be as huge as adult birds, are all predators.

Even though it is prohibited, certain animals are captured for the pet trade. It can be disastrous to have a large number of birds perish before they can be sold.

If they are let out of their cage without the owner keeping an eye on them, they are at danger of accidents and conflicts since they are curious and combative.

During the monsoon season, most parrotlets pair for life and reproduce. The Mexican parrotlet, for example, builds its nest in tree or cactus holes. They may also take over other birds’ abandoned nests.

Females lay one egg every day or every other day until they have three to seven eggs in total. The eggs are tiny and white, and she is the sole incubator. However, the male provides food for her and the babies. After 18 to 22 days, the eggs hatch one at a time.

After a month or so, the chicks fledge and are ready to leave the nest a few weeks later. However, brothers and sisters may keep in touch. A well-cared-for pet parrotlet can live for up to 30 years.

A parrotlet’s owner should be aware that some parrotlets, such as the spectacled parrotlet, cannot be handled once they have bonded with a mate.