More often heard than seen, the Carolina Wren is a little, cheerful insectivore. Their primary food source is insects, with only 5% of their diet coming from seeds and vegetation. Carolina Wrens, despite their small size, are voracious eaters who frequent bird feeders on a regular basis. In harsh winters, these birds may have a difficult time surviving.

What do Carolina Wrens eat? 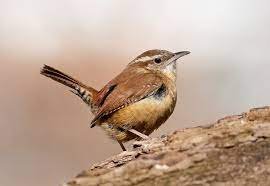 How Do Wrens Hunt For Food?

The house wren is one example of a wren that will forage on the ground for food. Searching through the leaves and underbrush for little critters such as insects, spiders, etc. Winter wrens, for example, forage in trees and bushes for insects and spiders. There are fruits and berries on these plants, and they will be eaten by the animals. Insects can also be caught by wrens flying out and snatching them with their beaks.

What Animal sources are there in the Carolina Wren’s Diet? 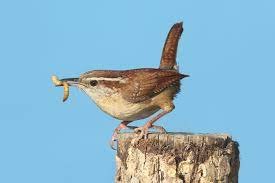 There are a number of common sources of animal matter in the Carolina Wren’s diet; these include:

What Vegetables are there in the Carolina Wren’s Diet? 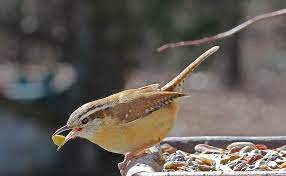 The Carolina Wren’s diet includes a wide range of vegetable matter, including:

What kind of seeds does Carolina Wrens gorge on?

Seeds from native weeds and flowers are eaten by Carolina Wrens, which varies depending on where you live and the abundance of seeds. Among their favorite wild foods are bayberry, poison ivy, and sumac seeds. It has been noted that Carolina Wrens will consume both sunflower and other seeds in wild bird seed mixes supplied in winter at bird feeders if their favorite meal isn’t readily accessible.

It is common for Carolina Wrens to nibble on soft fruits endemic to their habitat. Soft berries and other fruits are very popular among them.

What do baby Carolina Wrens eat? 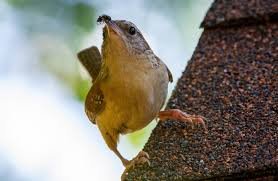 Bringing food to the young is a job that both the male and female Carolina Wrens take on. Insects, spiders, and other creepy crawlies make up the majority of this. Grasshoppers, crickets, and caterpillars may also be brought to the nest by the babies as they get older. For a few days after they leave the nest, the fledglings usually stay with their parents and are fed by the adults until they are strong enough to survive on their own.

Wrens in the Carolinas hunt for food in deep vegetation, under trees, on the forest floor, and among spiky shrubs. They spend most of their time hopping around and sifting through leaf litter with their curved beak in search of insects and other small prey. It is possible that they feed on insects and spiders in the old bark of trees, logs, and brush heaps.

How do Carolina Wrens survive in the winter? 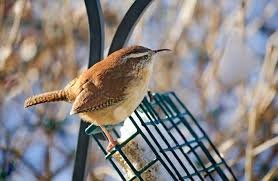 Because of their frequent movement and high metabolic rate, Carolina Wrens require a steady and dependable food supply to maintain their body temperature and avoid succumbing to the cold. They may not be able to locate enough food to last them through the winter, especially if there is snow on the ground. Insects and spiders die in large numbers, small vertebrates hibernate, and the flora may be scarce as a result. All of this adds stress to Carolina Wren’s life, and it may be too much for them to endure alone. The mortality rate rises during cold spells.

What do Carolina Wrens feed on during winters?

To keep warm during the colder months, Carolina Wrens search for sustenance in the form of old berries and fruit. Acorns and other old seed heads and nuts are also used by these creatures. During the winter months, the food supply is often restricted.

In the winter, providing Carolina Wrens with a continuous supply of food helps them to survive. A better approach would be to supply meals that the Carolina Wren has been documented as having eaten in the past.

Do Carolina Wrens eat from feeders?

What should you feed Carolina Wrens? 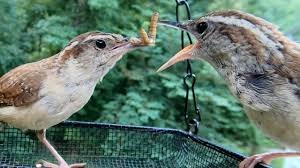 Wrens are known for eating a variety of foods.

Mealworms are said to be a favorite food for Carolina Wrens. Mealworms are a fantastic source of nutrition for birds in the winter, and you may feed them at the feeder or in a shallow dish near the ground or near plants they frequent. A simple solution is to soak dry mealworms in warm water beforehand before providing them to your Carolina Wrens in case they’re not eating what you’ve provided.

Since the Carolina Wren has seven distinct species, not all Carolina Wrens will eat the same things. Each subspecies has the ability to tailor its diet and behavior to the environment in which it lives. The easiest way to feed your Carolina Wrens is to find out what they like to eat by observing the habits of the birds in your region.

Water is a life necessity for all birds, and they may be hard-pressed to find it throughout the winter. You may ensure that your Carolina Wrens have access to clean water in the winter by installing a heated birdbath.

Observed among shrubs and other small plants, Carolina Wrens can be observed fluttering about and hunting for food beneath leaves and other debris beneath trees. Foraging for insects under the bark or in fissures is also a favorite pastime of these nocturnal creatures. They are drawn to brush heaps and abandoned structures for nesting sites. To keep the same birds in your yard year-round, the Carolina Wrens are unlikely to migrate.