The penguins on land are called a colony or rookery, and the penguins in the water are called a Waddle. A raft is a group of penguins out on the water. These clusters of chicks are called creches, and they stick together for the sake of warmth until their feathers grow in. 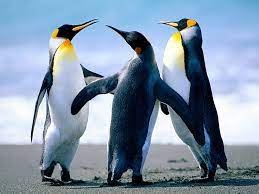 A colony of penguins may seem disorganized and noisy, but each member of the colony has the ability to recognize another. A “swarm,” “swarming,” or “murder” of crows. There is a plethora of options for classifying animals. Herds and packs are two common examples, while a “smack” of jellyfish or an “embarrassment” of pandas are two examples of less conventional groupings. These labels typically originate from peculiar or remarkable characteristics of the people they describe. A group of porcupines might “prickle,” or a group of otters might “romp,” as two examples.

The common belief that penguin colonies form primarily for the purpose of providing warmth to their members is only part of the story. While some penguins, like Emperor penguins, huddle in large colonies to fend off the bitter cold of Antarctica, others, like Galapagos penguins, Humboldt penguins, and African penguins, prefer warmer climates. In fact, it’s more common to see them fighting to maintain a comfortable body temperature. Therefore, it appears that penguins’ propensity for social behavior is not solely a function of living in chilly environments.

As flightless birds, penguins can only live in a limited range of environments, which forces them to colonize in groups. They are unable to fly great distances, so they tend to stick to the same nesting grounds from generation to generation. Because of their limited range compared to avian species, they have likely evolved to coexist.
Hundreds, if not thousands, of penguins will gather on land to breed or for other reasons during the breeding season. The collective breeding of many individuals is known as a colony or rookery. In general, penguins are very faithful to their nesting sites, returning to the same one year after year. 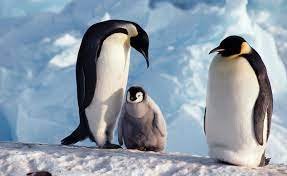 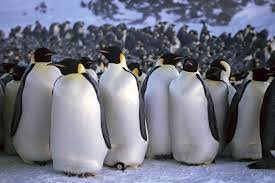 Some wildlife experts claim that penguins are among the world’s most aerodynamic creatures. In addition to its long, elongated body, a penguin has a large head and a relatively short neck. To aid their speed in the water, penguins have streamlined their bodies.

When a penguin is floating on the water, it is probably referred to as a raft. During this time, penguins are the least likely to interact with one another; instead, they prefer to spend their time hunting alone or floating alone in the water, preening, or simply relaxing.