Twenty to thirty years is a reasonable estimate for a typical lifespan in the wild. Captive eagles have been known to live up to 50 years, but this is not how long they would live in the wild. Since its adoption as the national bird of the United States of America in 1782, the majestic Bald Eagle has become a universal symbol of the country. How long do Bald Eagles typically live? Their striking white head and tail make them instantly recognisable, but their longevity remains a mystery to most people.

How Long Do Bald Eagles Live? 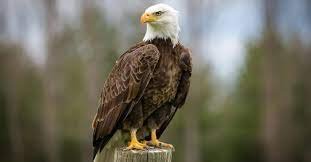 In the wild, bald eagles have a life expectancy of 20-30 years, which is about the mean for all eagle species. Although adult Bald eagles were once a target of persecution and hunting, they are now protected by a number of laws in the United States and Canada. As a result, today’s adult Bald eagles experience low mortality rates and face few threats. Unfortunately, many Bald Eagles continue to fall victim to human violence.
In 2015, the oldest wild Bald Eagle ever recorded was killed when it was hit by a car in upstate New York. A leg band showed that it had been released into the Montezuma Wildlife Refuge in 1977, making it at least 38 years old. The oldest Bald eagle ever recorded lived to be about 36 years old. When living in the wild, bald eagles can live to be at least 30 years old. 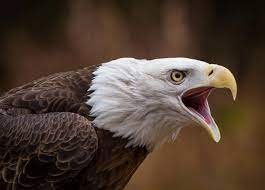 The bald eagle is a species of bird found only in North America. Their sphere of influence stretches from the southern border of the United States to the northern border of Canada. In Alaska, there are a lot of birds. They are year-round residents of Alaska’s coastal regions, the East and West, the Rocky Mountains, and the Mississippi River Valley. Bald eagles are only spotted in other parts of the United States during the winter and during their annual migration.

The largest lakes are preferred by bald eagles. During the summer months, you can spot them soaring above lakes and hiding in the nearby trees. It’s common for them to seek out fish-rich lakes and reservoirs surrounded by wooded areas. Bald eagles are often spotted during the colder months of the year when they are hunting near unfrozen lakes and along rivers, reservoirs, and coastlines. During their annual spring and fall migrations, bald eagles can be spotted in and around a wide variety of bodies of water.

What is the typical lifespan of Bald eagles? 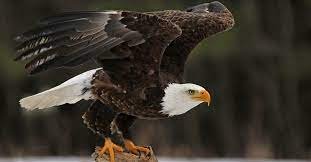 Over the past 50-70 years, the average lifespan of Bald Eagles has increased. Those who illegally kill or trap Bald Eagles face fines of more than $20,000 in the United States and Canada, where the bird was once persecuted. But illegal Bald Eagle hunting and trapping remains a problem in some states and can be difficult to regulate.
Most adult Bald Eagles today live to be at least 20 years old, and first-year survival rates are higher than they have ever been. This means that the vast majority of Bald Eagle chicks today survive to celebrate their first birthday. In addition, adult mortality rates are low, so most Bald eagles live for the full 20-30 years that scientists predict they will.

Also, know How do you attract owls? 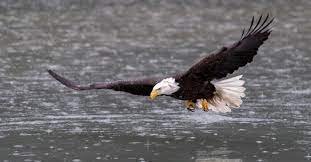 Every year, bald eagles will typically lay two eggs, though this number can range from one to three. In the order in which the eggs were laid, they will hatch. Eaglets are young eagles, identified by their white downy plumage and complete reliance on their parents for food. When they first emerge from their eggs, they weigh only about three ounces. Each parent takes turns caring for the young. About four times a day, on average, they return with food for the chicks.
The average lifespan of the bald eagle (Haliaeetus leucocephalus) is between 20 and 30 years. The Philadelphia Zoo claims that the oldest bald eagle ever recorded lived to be 47 years old. In that case, you saw a bald eagle in captivity. Nonetheless, due to the numerous dangers they face in the wild, bald eagles rarely reach old age.

Wild bald eagles are rarely found alive after the age of 30, but on May 16, 2008, a 31-year-old female’s banded body was discovered in Wisconsin. 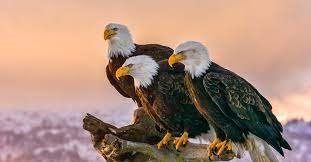 Less than 10 percent of bald eaglets make it to adulthood, per the American Bald Eagle Foundation. In the wild, starvation is the leading cause of death for young bald eagles.

Young bald eagles don’t become sexually mature until they’re around four or five years old. This is when their signature all-white heads begin to appear. 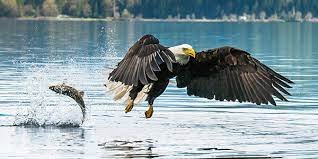 Collisions with moving vehicles, predation by other eagles, and electrocution by power lines are the three leading causes of death for adult bald eagles.

Crows, ravens, gulls, and squirrels are all known egg predators of the bald eagle. The killing and poisoning of these animals continue even though they are legally protected. 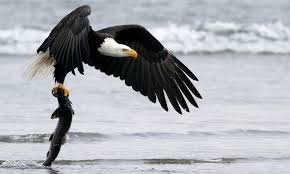 Fish is a staple in a bald eagle’s diet. These birds are opportunistic predators that will eat anything they can get their beaks on, from other small birds and rodents to insects when fish are scarce. Carrion is a common food source for bald eagles, and the birds are capable of scavenging for it. Bald eagles will steal food from other birds, including ospreys, if they have the chance.

How long do bald eagles live in the wild? 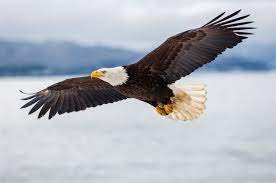 Once a Bald Eagle has made it through its first year, it has a good chance of living another 19 or 20 years. The average Bald Eagle lives about 25 years, but there have been recorded cases of birds living to be 30 or older.
It is still difficult to find reliable Bald eagle survival data, but in some areas, the odds of a Bald eagle living for at least four or five years were as high as eighty percent. It is estimated that a wild Bald Eagle can live anywhere between 20 and 30 years.
Most bald eagles are killed by cars.

How do most bald eagles die? 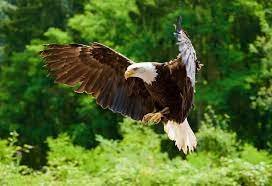 Within the last half-century, the primary killer of Bald Eagles has shifted. From 1963 to 1984, researchers studied 1,428 eagles and found that 23% of them died from trauma (mostly from being hit by cars), 22% from gunshot wounds, 11% from poisoning, 9% from electrocution, 5% from trapping, 8% from being starved to death, and 2% from disease. About 20% of deaths had no identifiable cause. The fact that only two percent of Bald Eagles die each year from disease is surprising.
Also according to that study, humans were responsible for killing 68% of bald eagles. However, there is a lack of more recent evidence and the study was conducted a while ago.

The Bald Eagle has become less vulnerable to human interference in recent years, though illegal hunting remains a problem in some areas. Bald eagles, especially adults, face a serious threat of accidental poisoning when they ingest contaminated carrion, lead bullets, or other synthetic toxins. Today, starvation is a leading cause of death for Bald Eagles, especially during harsh winters characterised by low temperatures, high humidity, and strong winds.