Owls are the nocturnal creatures that stay wide awake during the night and sleep in during the day. They come under the order Strigiformes. They have features that help in silent flight, they have binocular vision, and sharp hearing. They belong to the kingdom- Animalia, Phylum- Chordata belonging to the class- Aves and clade- Telluraves. Owls are found around the entire globe and there are different types of owls spread across the globe. Owls signify intelligence as it is believed that they can pre-guess events. They are nocturnal creatures and the mysterious hooting sounds also add up to the myth that they are associated with cults and otherworldly. There are a lot of parts of the world that fear owls immensely. They are hailed for their wisdom and intelligence and they usually feed upon rodents as their means of survival. 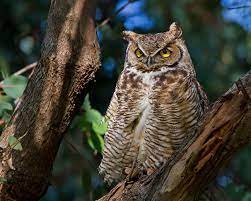 There are almost one and about 200 species of owls. which are widely divided into two types: Barn and Bay owls and the true owls. Most of the owls are true owls with specific features like a big round head and face, short body stature, and short feathers with patterns. Whereas the barn owls have heart-shaped faces, and long legs and are moderately sized. They have specific features to turn around their entire head while they are looking at something instead of just moving their eyes.

They can also rotate their head to a total of 270°. Owls are found in almost the entire earth except for Antarctica due to the extreme climatic condition. Owls prey on insects, small rodents, and other than that small mammals and reptiles. Other carnivorous animals usually hunt during the day but only owls hunt at night. Their dark body color makes them almost invisible for their prey to see and escape, which makes hunting really easy for them. As they are nocturnal they are always alert during the night and sleep during the daytime.

Various noises made by the owls

The sound of the owl can be easily heard across miles from the place they live in. Sounds made by the owls can be of various types namely: screeches, hoots, growls, shrieks, and bark. All these different types of sounds have different meanings and significance related to different species of owls. 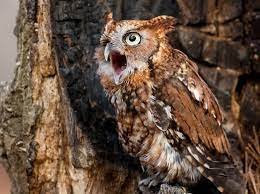 There is a breed of owls that screech or shriek when threatened. There are also breeds of owls that screech in their breeding season. Barking owls are said to be one of those types which screech in the breeding season. Great horned owls screech when they are threatened by predators or they are attacked by other animals. The screeches of these owls are very similar to the screaming of a lady hence this owl call is also called a screaming lady. Screeching can occur at some particular time of the day most likely after dusk and before dawn.

Also, know about the Types of Owls in Arkansas

The most recognizable and direct owl call is called hooting. This call is also referred to as “The sound of the owls”. This hooting sound is loud and can be heard across miles. The great horned owls are one of the kinds that mostly hoots. This hoot sounds mostly consists of two short “hoo” followed by a long “hoooooo”. Owls start hooting right at dusk and will then continue till midnight. Owls also hoot before Dawn. Both the male and the female owl hoot, males have a much deeper hoot than the females. 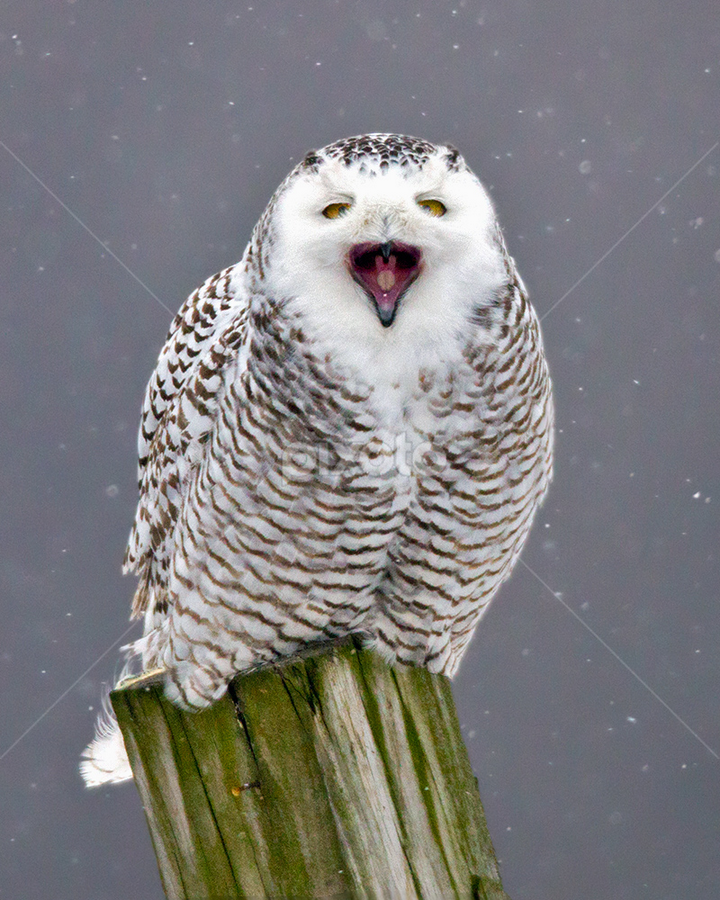 Whenever the owl senses fright and threat, they growl to fly away from the predators. This is mostly an escape noise that the owls make to save themselves. They also make a growling sound when they are trying to perfect their nest from the predators and save the best from being attacked. This growling is not high pitched and can only be heard from a close range and cannot be heard from a distance apart. The great horned owl growls have specifications like it is low pitched, it’s short, and comes from deep within the throat.

This particular type of owl call only occurs when the owl is frightened or scared. Also, they can be surprised. Most often it can be heard at night when they are scared of their predator and feel threatened by them. They are produced in short intervals and are particularly sharp to scare off predators when they feel the threat. There are also Australian owls that make a “wuf wuf” noise when they are mating or as a sign for the search for a location. The barking calls for both males and females are practically the same with just different pitches for males and females. It can surely go on for some time but surely not the entire night. Other than this type of owl calls, barking is most commonly down by the owls which are scared and threatened. 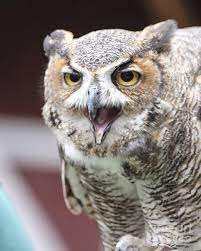 This type of owl call is produced just by the infant or baby owls. They also sleep during the day and stay awake at night. This is also the time when their parents go hunting to feed those owlets. Shriek produced by the owlets can be a sign of them calling their parents back or if they might have experienced any kind of threat towards any predator. Many species of owlets make the same sound of shriek. The horned owl and barn owl all make the same shrieking noise. Although there are many different species of birds that may sound similar to that the owls. Like mourning doves can sound very similar to owls. There can be times when they both can get mistaken for one another.

By concluding this, it can be easily said that different species of owls can make different noises when they are present in different situations and circumstances. This can be when they are hungry or escaping from a predator or when they feel oddly threatened by the predator who is after their life. As they are nocturnal most of these noises are heard during the night till dusk and later start from dawn till midnight.