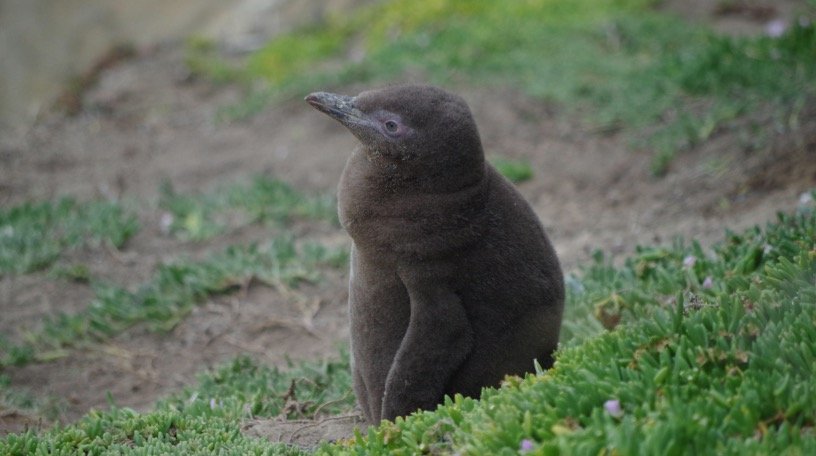 Baby penguins are one of the cutest things in the world and adorable creatures. The young penguin is born with a total weight of 35 grams. They live in Frozen Antarctica in cold places.

Baby penguins live in the southern hemispheres like Antarctica, New Zealand, Australia, and the Galapagos Islands. That is why baby penguins have soft and fluffy feathers that prevent them from being cold and keep them warm.

They do so to protect themselves from predators and also to keep themselves warm. Since their feathers are not waterproof, they cannot swim like their adult ones. They depend on their parents to warm themselves, in the coldest environment.

Baby penguins are fed by their parents with regurgitated food. They need to get fed regularly to grow healthy and stronger like adult ones. They are dependent on their parents from 7 weeks to 13 months.

Baby penguins are very small in size. The young ones are the smallest species in the world of penguins. Their weight is only from 35 to 45 grams and their weight increases to a maximum of 2 pounds as they grow slowly into adult form.

Baby penguins have fluffy feathers which prevent them from getting cold. Baby penguins along with adults live in the colder region. They all have a fluffy downy layer of feathers that keeps them warm.

Different species of penguins and their characteristics

Now we will discuss the different species of penguins and their characteristics:

Size of a baby Penguin

The baby penguins are the tiniest creatures and their sizes depend on their species. The size of the smallest penguin is 7cm in length.

Baby penguin food is a mixture of regurgitated fish and squid. Parents of penguins search for food for their young and bring food for them. Some species of penguins digest food before nourishing it to their young ones. Oil is made from the nutrients of the food which the penguins intake and after a couple of days that food is given to baby penguins as fish milk.

Babies of Emperor penguins hatch naked. Their head has a black helmet on top which goes down to the chin and side of the neck and their face and throat are white. Emperor baby penguins gather in creches (groups of baby chicks) when they reach 45 years old.

These babies of King penguins have first down coats of feathers which develop in a few weeks and their color is pale grey or brown. The second down has a color of dark brown. King baby penguins gather in creches after reaching the age of 40.

The first down of Gentoo baby penguins is either grey or greyish brown and their second part is a dark brown. The head is slightly darker in color. Gentoo penguins form a group at 20 to 30 ages.

The chicks of Adelie penguins have pale grey colors on their first down with the same color feathers and their second down is a sooty brown. These baby penguins are in the quickest group from the age of 16 to 20 days.

The babies of Macaroni penguins have a first down of grey and they have white feathers. The second down has the same colors as the first down, just the dark parts become more of a greyish brown.

The baby penguins of Chinstrap penguins have the first down which is pale grey and their head mostly has a paler coloring and the second down is brownish-grey on the upper side and dirty creamy white on the under areas.

For how long do baby penguins live with the adult ones?

During their stay with their parents, they learn how to take care of themselves without their parents and how to survive without the help of their parents. Adult Penguins leave the young ones for 24 hours in their group while they are out hunting or searching for food.

For how long do baby penguins take time to swim?

Baby penguins can’t swim at this young age and it takes around four months to swim. They are not able to swim because of their fluffy down feathers which take time to become strong enough to let them swim.

It depends on their growth and age. The baby penguins have feathers that are not waterproof and that is why they can’t swim; they become waterproof when they reach their juvenile plumage.

Baby penguins are the sweetest and everyone loves to see them playing and roaming along with their groups. Especially the baby penguins who are so adorable that it’s fun to see them and their cute activities.

All young penguins depend on their parents when they are small and learn everything about their survival and how to search for food and how to prevent them once they grow older they can take care of themselves without the help of young ones.