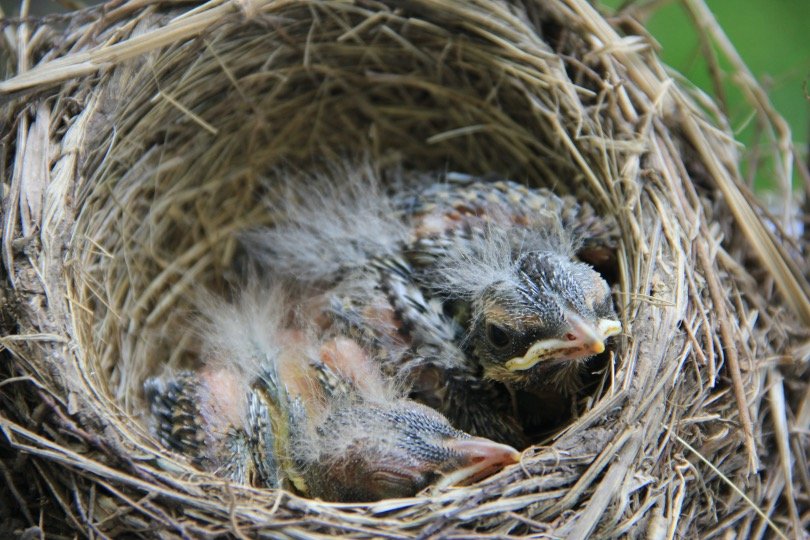 About robin birds, there is a misconception that female robins do not have red breasts but they do have red breasts, as all European robins do. It is quite impossible to tell the female and the male robin apart.

Baby robins are born underdeveloped or what we call altricial. So they need their parents to feed and care for them. Baby robins’ eyes remain closed for about 5 days. After 5 days they start opening their eyes but they do it fully after 8 days of being born.

Baby robins are also born without any feathers. Their skin is mainly pink. It takes about 3 days for the feathers to appear. But it takes about 10 days for a baby robin’s body to be covered in enough feathers.

How big is a baby robin/ juvenile robin?

There is not a significant difference in the size of a baby robin and an adult robin. The only difference to tell them apart is the red bib or the redbreast. The data about the differences between their sizes and weights are insufficient. So it’s hard to state anything about it. 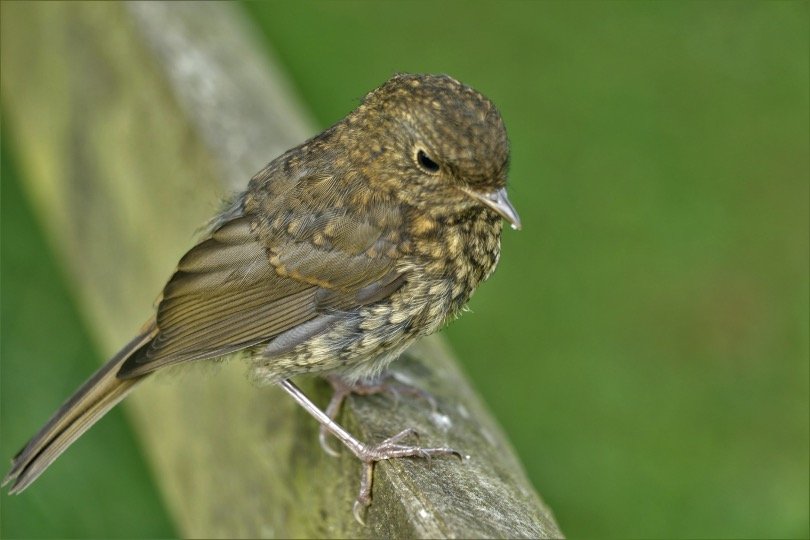 Also, know What is a Group of Turkeys Called?

What is Baby Robins called?

There is no specific term used for baby robins. They are called what other baby birds are called conventionally. Such as a chick, a hatchling, or a juvenile robin.

How Many eggs do robins lay?

Robins lay about four to seven eggs per clutch on an average. Robins commonly have two clutches a year. But it is not uncommon for them to have about three clutches a year. 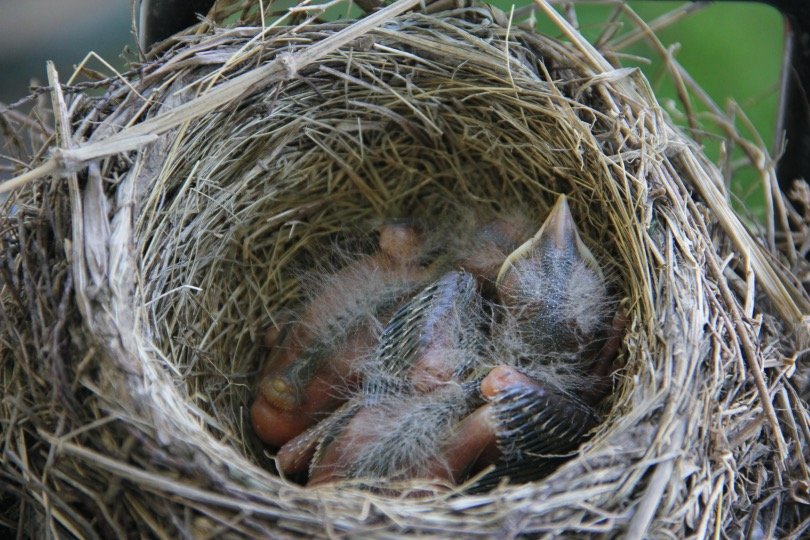 Robins’ eggs are often whitish in color. They can also be bluish-white. They have reddish spots on them as well. The size of a single egg is about 20X15 mm and it weighs around 2.4 grams. Six percent of the weight consists of the eggshell.

How long do robin eggs take to hatch?

Robins’ eggs hatch in about 12 to 24 days. But the average is 14 days. This time period is known as incubation. Incubation is the maintenance of uniform conditions of temperature and humidity to ensure the development of eggs or, under laboratory conditions, of certain experimental organisms, especially bacteria.

Once the baby robins have been hatched, the mother robin will remove the eggshell. Sometimes the eggshell is consumed for calcium.

In the initial days, bay robins mostly eat regurgitated food from their parents. Since Robins are omnivorous, they can include a variety of foods in their diet. It usually includes seeds, vertebrates, and fruits.

When they are a few days older they demand more and can be given bigger chunks of food. Robins are known to be very intelligent birds when it comes to picking a site for their nest. They generally build their nest where there is plenty of food. So when the eggs hatch there is no shortage of food.

Where do Robins build their nests?

Female robins are the ones who build the nest and the male robins defend and protect the territory. Robins build their nests in many different places such as grass banks, rock faces, walls, tree cavities, hedges, low undergrowth, nest boxes, etc.

The major requirement for a robin’s nest is a place that is low down about under 5 meters. It is considered a confined and secure location for them. The nests are built from a mixture of grass, moss, leaves, and twigs and are shaped like a cup. They are also lined up with grass and hair usually.

Baby robins don’t develop redbreasts until the later months of summer. A baby robin takes about two to three months to develop and show redbreasts. This happens when they lose their speckled feathers. Before losing the speckled feathers they still have the same body shape which is why there is confusion regarding the redbreasts.

When do the Baby Robins/Juvenile Robins leave the nest?

It takes about 14- 16 days for a baby robin to fly away from its nest. After the baby robins leave the nest, they stay near their parents for about three weeks. But after those three weeks in May, they move away from the sites where they were born but they do not move away from more than a few miles.